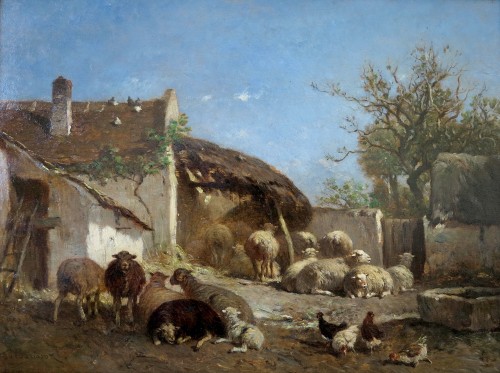 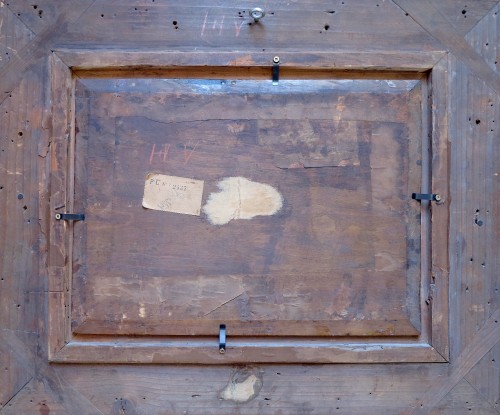 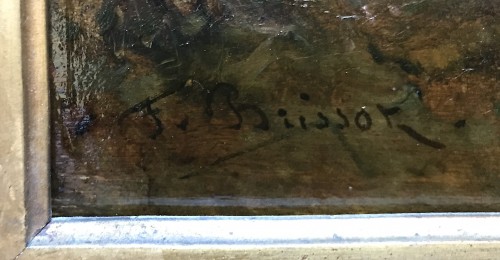 Sheep at the sheepfold

As pupil of Léon Cogniet at the Ecole des Beaux-Arts in Paris, Félix Brissot de Warville took part in the Paris Salon from 1846 until his death. He sent no less than one hundred and fifty paintings there throughout his career, some of which were rewarded.

This painting is characteristic of the production of Félix Saturnin Brissot de Warville. Essentially a painter of rural and animal scenes, he was interested in turn in the landscapes of the Loire Valley, Île-de-France, Normandy and Agenais, before devoting himself to the evocation of the Pyrenees and the Tarbes countryside from 1860.

Napoleon III made him the manager of the Palace of Compiègne, a position he held until his retirement at the end of 1882.