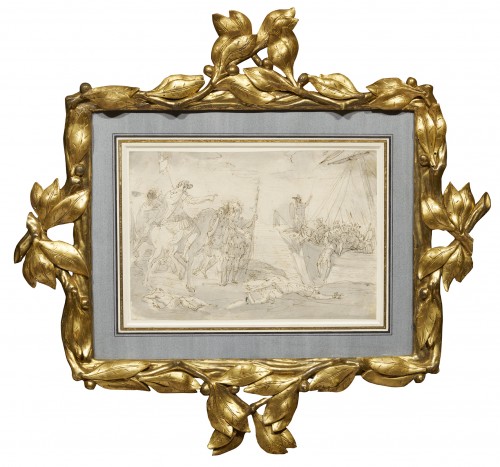 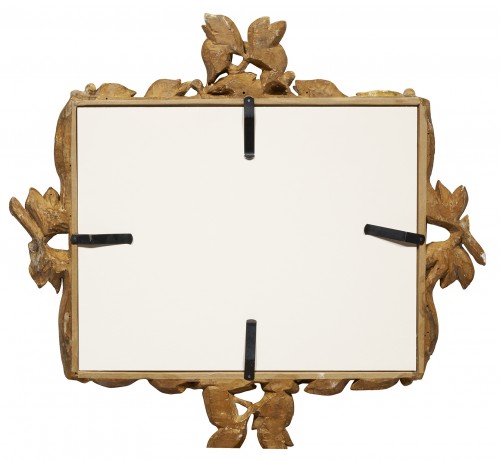 We wish to thank Mrs. Bo?ena Anna Kowalczyk who suggested this drawing be attributed to Giuseppe Bernardino Bison during a direct examination of the artwork.

This drawing, perfectly representative of Giuseppe Bison's technique, represents an episode in Caesar's life that may have been inspired by his incursions on the Brittany coast. It is presented in an exceptional 18th century Italian gilded and carved wood frame whose laurel leaf motifs evoke the laurel crown worn by the victorious Imperator.

Giuseppe Bison was born in Palmanova, a stronghold north-east of Venice, a few kilometres from Udine. After a stay in Brescia, he moved to Venice in 1777, where he made friends with Anton Maria Zanetti the Younger (1706 - 1778). He also attended the Accademia where he became fully familiar with Venetian painting. He decorated numerous villas and palaces in the vicinity of Venice (Ferrara, Padua, Treviso, Udine) before settling in Trieste around 1800. In 1831 he moved to Milan, where he developed an activity as a stage designer. Throughout his career he also painted numerous landscapes using oil or tempera.

Particularly influenced in his early years by Giambattista Tiepolo and Francesco Guardi, Giuseppe Bison left an important graphic work, in which he used all the techniques. He demonstrates in his drawings a great inventive freedom and a sensitivity for the picturesque, whether in subjects of daily life or in his interpretations of mythological or sacred subjects.

Our drawing is close to a drawing in the National Gallery of Art in Washington, D.C., which depicts Coriolan before the Women of Rome. The similarities in the technique and in the subject, which is also drawn from Roman antiquity, lead us to propose a similar dating of around 1790 for this drawing.

Julius Caesar, identifiable thanks to the military ensign worn by one of the horsemen behind him, is mounted on a prancing steed in the middle of a battlefield littered with corpses. He points at a boat in front of two of his soldiers with an imperious finger. We understand that this boat is about to leave, as the soldiers on board are busy loading their dead.

This scene could be related to an episode of Caesar’s first expedition to Brittany (present-day England), around 55 BC, which is narrated in the Gallic War (Book Four 23-25). This passage depicts the difficult landing of the Roman troops in Brittany, on an unsheltered beach. The ships were moored in the middle of the sea, forcing the soldiers to "jump to the foot of the ships, while struggling not to be knocked over by the waves, and fighting with the enemies". To win the battle, Caesar ordered the long ships to line up on the enemy's right flank, in order for the soldiers remaining on board to attack them using their slings, bows and ballistas. This manoeuvre created a favourable diversion within the enemy troops. The ensign bearer of the tenth legion threw himself into the water with his ensign, and led the way to victory for the other soldiers.

We have not been able to link this drawing to any other work by the artist, but it is quite possible that, like many of Bison's other drawings, it was executed as a stand-alone work. In this drawing tinged with neo-classicism, Bison recalls the Venetian tradition of the 18th-century masters, which he transcends with a spirited and light-hearted execution.

We have framed this drawing in a magnificent 18th century Italian frame simulating four laurel branches that frame the drawing like the crown of the victorious Imperator. 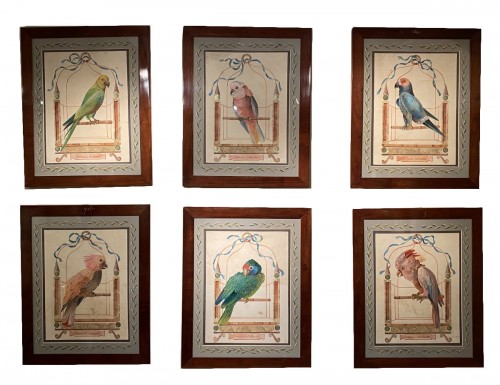 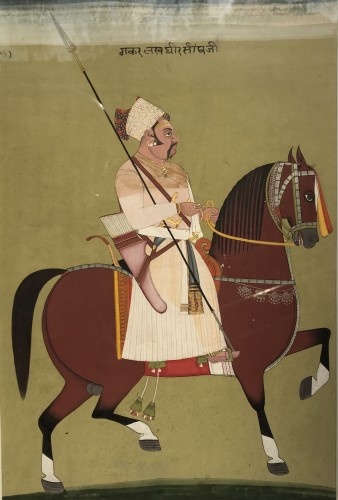 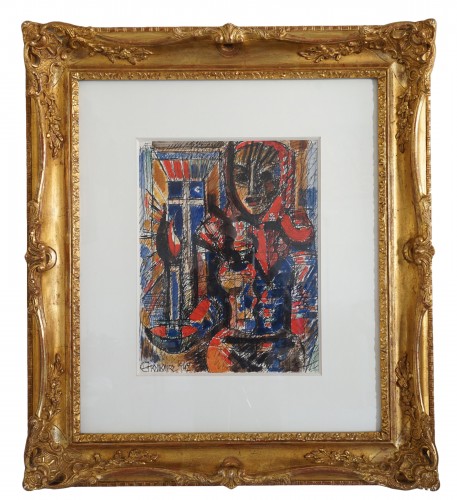 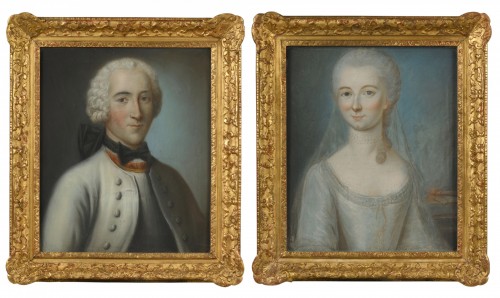 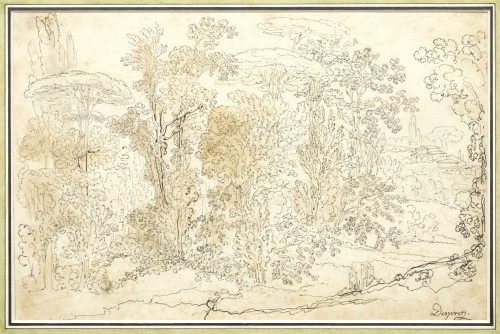