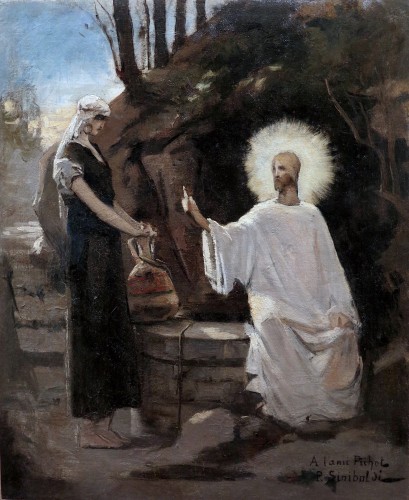 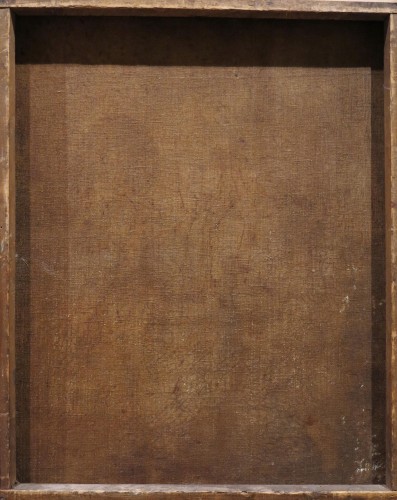 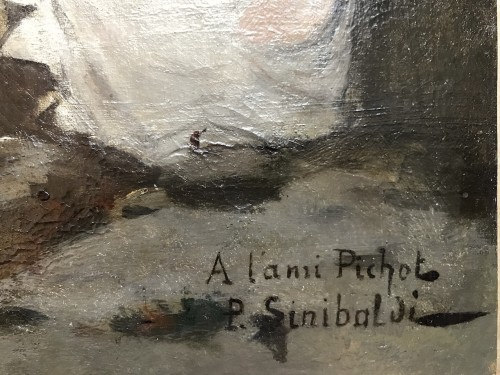 Christ and the Samaritan Woman

A pupil of Alexandre Cabanel at the Académie des Beaux-Arts in Paris and of the Belgian academic painter Alfred Stevens, Paul Sinibaldi participated in Paris at the Salon des Artistes Français from 1882 and until 1905. He was repeatedly awarded: mention honorable in 1886, bronze medal at the Universal Exhibition of 1889, second class medal in 1898 and silver medal at the Universal Exhibition of 1900.

He mainly practiced genre painting, historical painting, and portraiture - at the end of his career, more rarely landscape and Symbolist painting.

In 1888, he received a travel grant, which he used to make his grand tour of Italy to study the great masters of the Renaissance.

Sinibaldi also faced the grand decor by participating in the construction sites of the Hôtel de Ville de Paris and the town hall of Lille (destroyed in 1916) as well as the decoration of the castle of Neuville-sur-Ain, to which he had access on recommendation. of his father-in-law: the departmental architect Tony Ferret.

Sinibaldi was made a Knight of the Legion of Honor in 1900.

The painting is dedicated “A l’ami Pichot”. This is Émile Jules Pichot (1857-1936), history painter, Prix de Rome in 1879, also a pupil of Cabanel at the Académie des Beaux-Arts in Paris, where the two artists probably met.