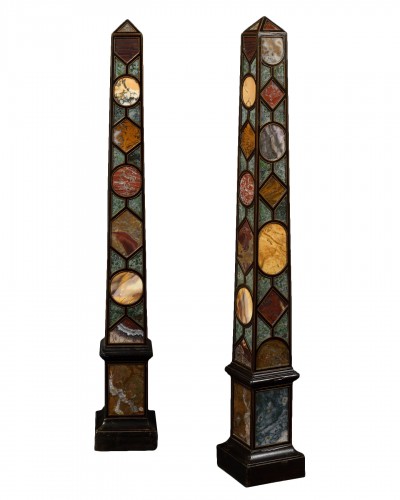 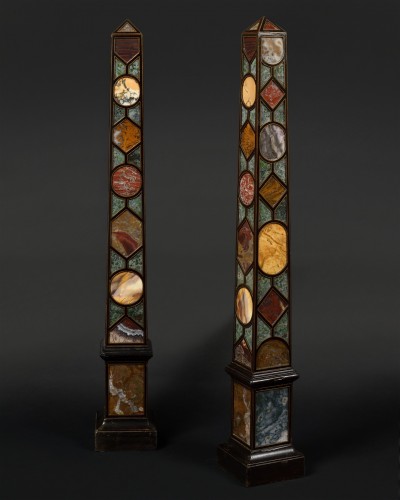 
The great Italian decorator Renzo Mongiardino designed some objects to complete the decors he created for his clients.
Such is the case with this pair of obelisks, a similar model of the one, made from marble essences and not from semi-precious stones as here, placed in the Zanussi's apartment in Milan, completed in 1978.

Born Lorenzo Mongiardino on May 12, 1916 in Genoa, the decorator trained in architecture in Milan where he graduated from the Polytechnic in 1942. He began his career by creating sets for the theater and then the cinema, from which he drew his taste for staging, and never left the profession of decorator.
For private clients, he created spectacular large ensembles. His most famous clients include Hans Heinrich von Tyssen Bornemisza, Marella Agnelli, Gianni Versace, the Rothschild and Hearst families. In the film industry, he collaborated with Franco Zeffirelli, Peter Hall, Giancarlo Menotti and Raymond Rouleau as a set designer.
He died in Milan in 1998, without ever having stopped working. 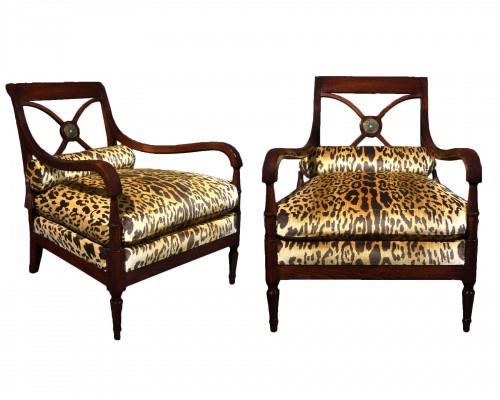 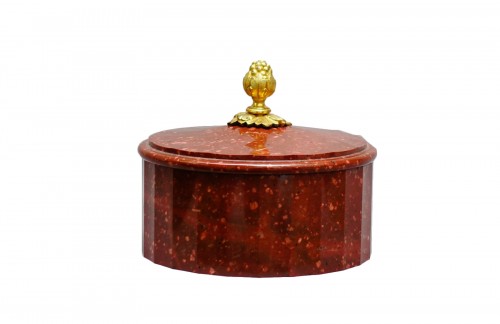 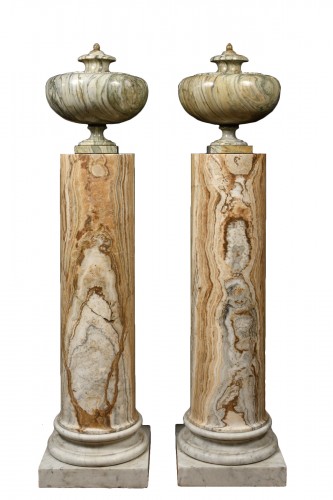 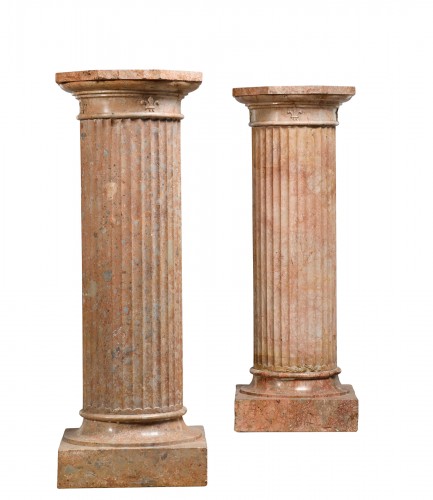 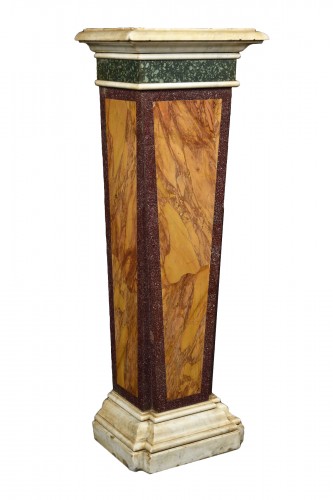 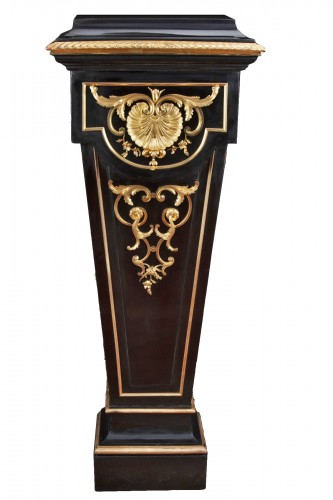 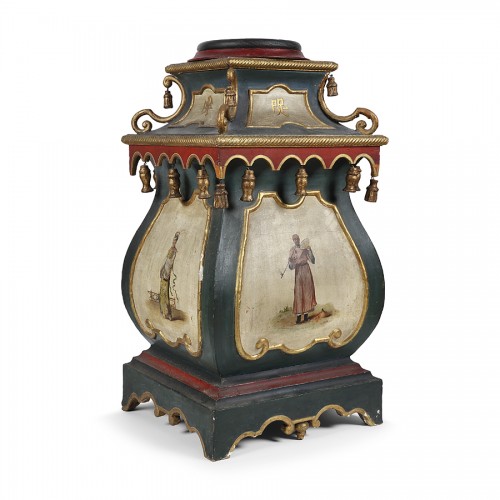 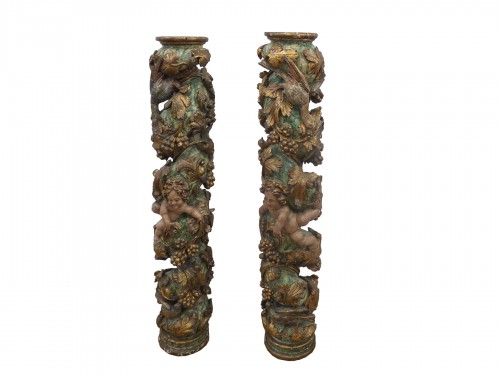