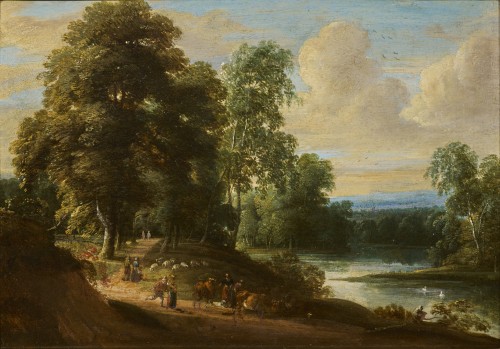 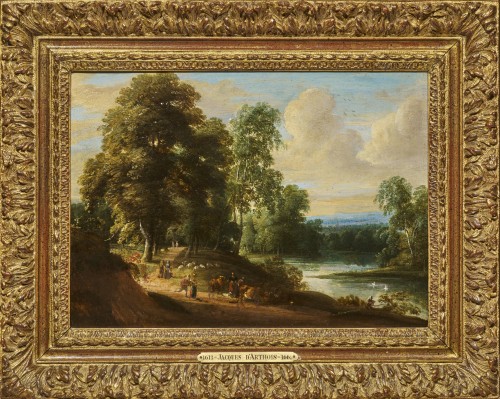 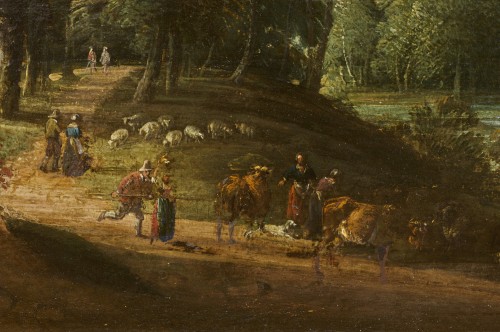 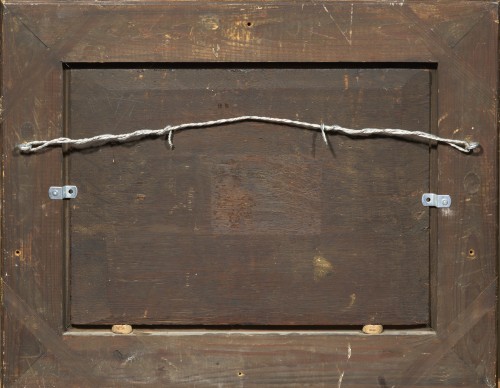 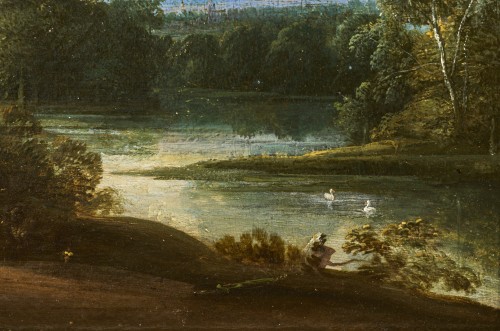 This landscape is typical of the maturity work of Jacques d'Arthois, one of the masters of the Brussels Landscape School in the 17th century. It represents probably a view of the Soignes Forest, the painter's favourite place. It opens on a double perspective: on one side a shady alley, animated by numerous characters, and on the other side a river full of serenity in which the sky is reflected, guiding our eye towards the blue hills on the horizon.

Jacques d'Arthois was born in Brussels in 1613. After having been a pupil of Jan Mertens, a painter now forgotten, he became a master in the Guild of Saint Luke, the guild of painters of Brussels in 1634.

In 1632 he married Maria Sampels, with whom he had five children. He specialised in representations of wooded landscapes filled with figures, leaving an abundant production of more than 250 listed works ranging in size from 25 x 20 cm for cabinet paintings (like our painting) to very large formats of up to 410 x 340 cm, often commissioned by religious communities.

The inclusion of these characters to animate landscapes (called staffage in English and German) was generally done by other painters and Jacques d'Arthois' collaboration with character painters such as Peter Bout, David Téniers the Younger, but also Adam Frans van der Meulen, Pieter Snayers or Gaspar de Crayer is well documented. Jacques d'Arthois generally depicts secular scenes, inspired by everyday life, and not mythological or religious scenes.

His paintings were very successful during his lifetime, allowing him to acquire several houses, including one in the Forêt de Soignes. This forest, located to the South-West of Brussels, then covered some ten thousand hectares and was his main source of inspiration. The surroundings of Brussels were largely portrayed by his contemporaries Lodewijk de Vadder (1605 - 1655), Daniel van Heil (1604 - 1662) and Jacques Fouquier (circa 1585 - 1659), with whom he formed the Brussels School of Landscape Design.

Jacques d'Arthois generally did not date his works, making a precise chronology of his work very difficult. However, while his early paintings were mainly inspired by those of Denis van Alsloots (1570 - 1628) and of Lodewijk de Vadder, the landscapes of Peter Paul Rubens had a decisive influence on his mature works, an influence that can be found in our painting, both in the chromatic range and in the light brushstrokes.

Jacques d'Arthois presents us with an Arcadian vision of the Soignes Forest, on the outskirts of Brussels. This landscape is divided into two very distinct areas. Beyond a foreground animated by several groups of peasants accompanied by numerous animals, an alley shaded by tall trees opens up on the left. The right-hand side of the painting is much more open. A river meanders along reflecting the changing sky, guiding our eye to the blue horizon of the hills in the background, demonstrating the influence of Rubens' landscapes on the art of Jacques d'Arthois.

The composition remains dynamic thanks to the balance between the dark masses and the brightly lit areas that draw our eye, while numerous details (two figures advancing at the end of the driveway, two swans in the river, the birds in the sky) make the landscape very much alive, as if captured in the present moment.

This painting is presented in a perfectly executed Louis XIII style frame. 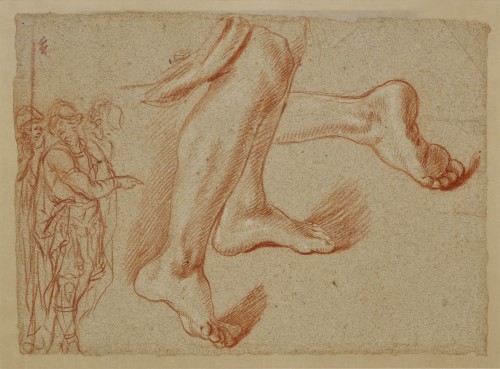 A red chalk study by Baldassare Franceschini, known as Volterrano 1611-1689 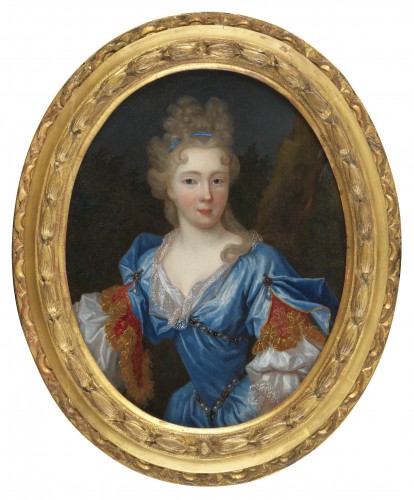