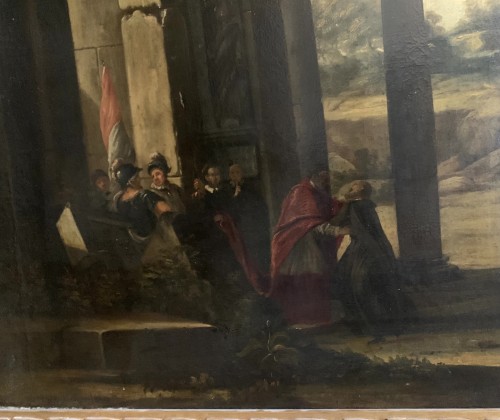 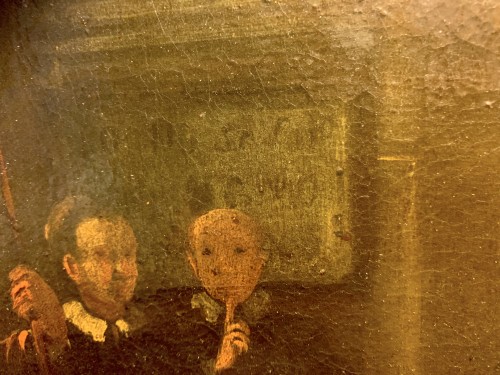 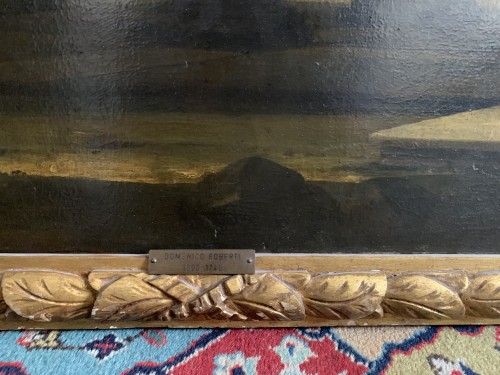 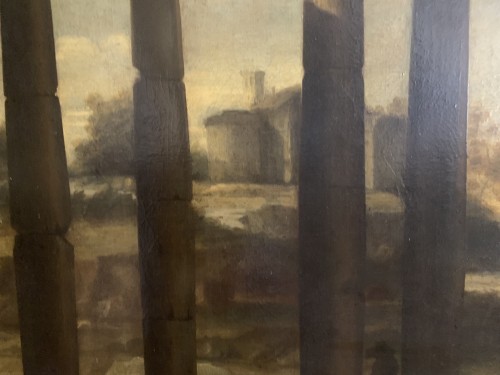 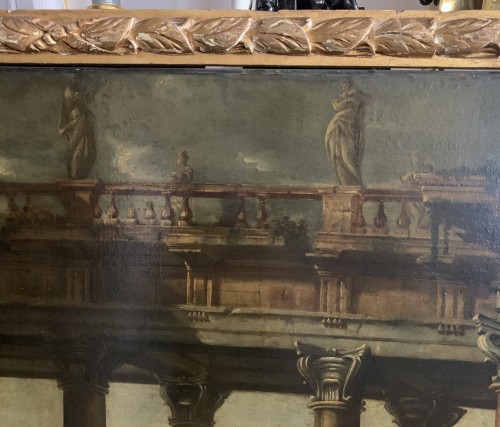 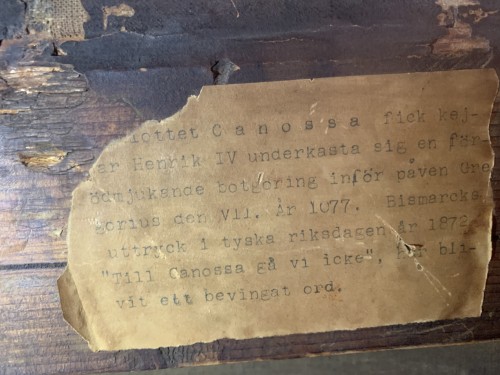 Furniture and works of art Russian and North-European

"The penance of Emperor Heinrich IV to Pope Gregory VI,I in 1077. This large scene represents the Emperor kneeling, asking the Pope to lift his Excommunication in an imaginary decor of colonnades, In the background, the castle of Mathilde of Tuscany in Canossa. As soon as he was pardoned, the emperor regained his ascendancy over Gregory VII and had a new pope appointed to his devotion.
Bismarck's famous statement in 1872 "We will not go to Canossa" refers to a refusal of the Vatican's injunctions regarding the appointment of an Ambassador
Provenance Vente Coll Flensborg, Rasmussen CPH. 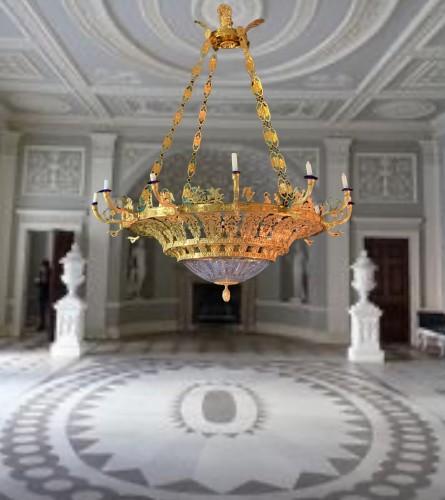 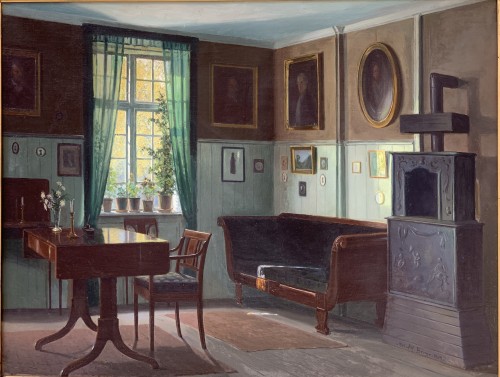