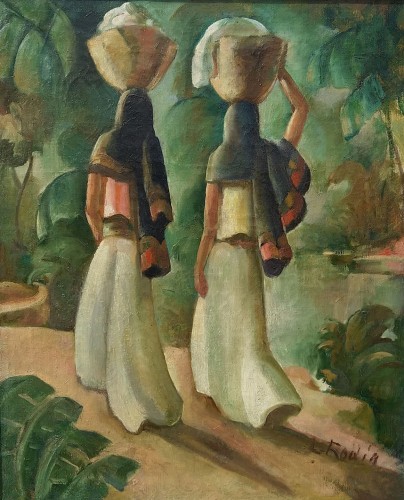 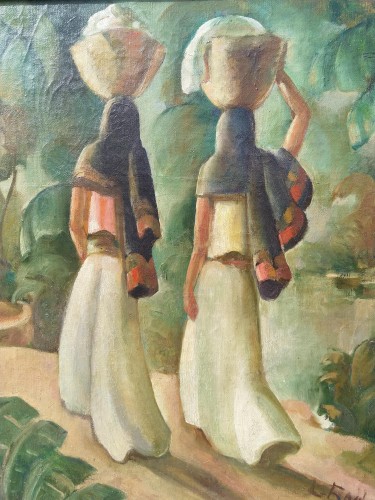 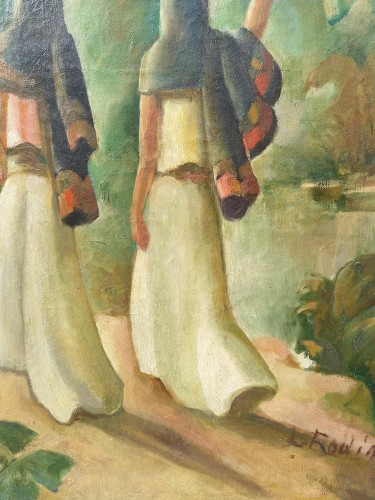 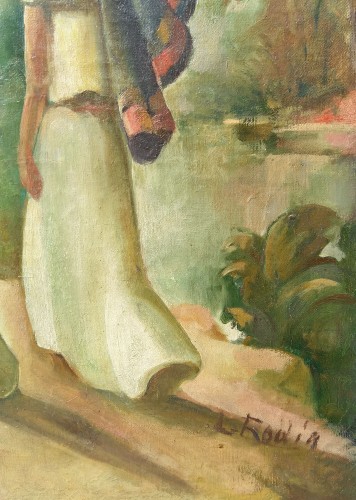 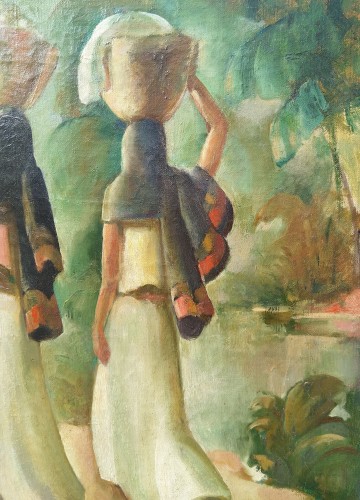 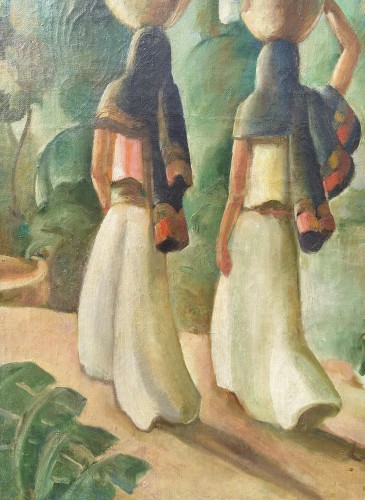 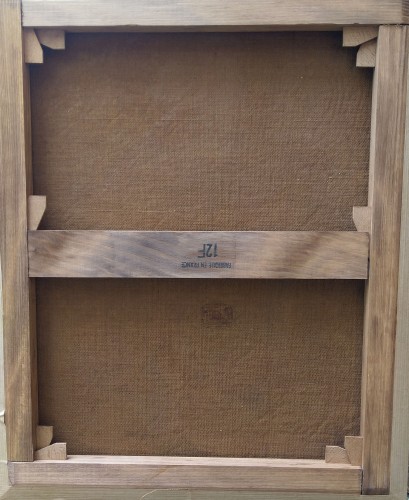 Close to avant-garde circles, Laura Rodig is one of the greatest Chilean artists of the 20th century. From 1914, she met Gabriela Mistral (1889-1957) poetess, feminist philosopher and influential Chilean diplomat with whom she would always maintain a very close friendship and philosophical closeness. The feminist cause, education and the condition of women, mainly in Latin America and particularly in her country, Chile, will always be a leitmotif in the work of Laura Rodig. Between 1922 and 1924, she created the series of Tipos Mexicanos following a stay in Mexico with Gabriela Mistral and José Vasconcelos. Between 1924 and 1930, she traveled in Europe and exhibited both her sculptures and her paintings. She is the first Latin American woman to enter the Reina Sofia Museum in Madrid in 1924 with her sculpture India Mexicana. In 1928, at the Salon d'Automne in Paris, she probably exhibited her major work, in particular by its dimensions (130 x 162 cm), La Fuente y sus Mujeres, currently kept in the Collection of the Museum of Fine Arts Palacio Quinta Vergara at Chile. Our work fits perfectly into this period. She is part of this artistic avant-garde of the 1920s and 1930s, having both rubbed shoulders with Frida Khalo in Latin America and exhibited in Europe. In the 1930s, back in Chile, she continued her feminist commitment and her communist militancy. She attaches great importance to the education of women. She participates in the founding of the Association of Chilean Painters and Sculptors, is involved in exhibitions of female Artists and devotes her energy to the education, in particular artistic, of women and works for their emancipation. An important retrospective was dedicated to him in 2020, at the National Museum of Fine Arts of Chile, in Santiago. 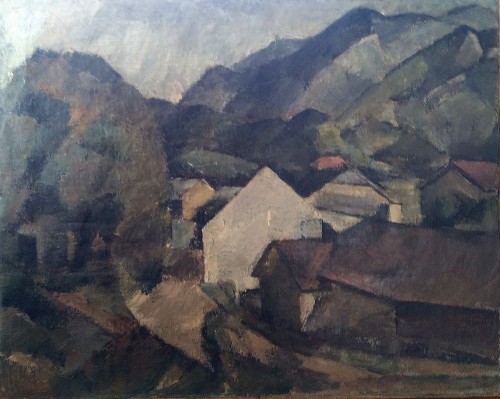 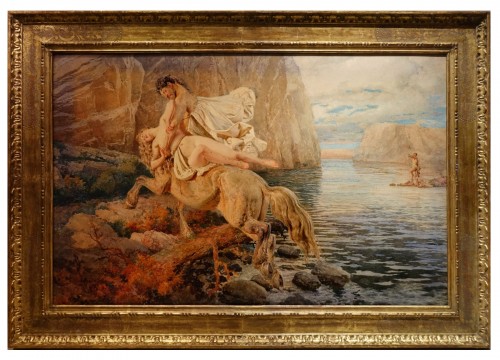 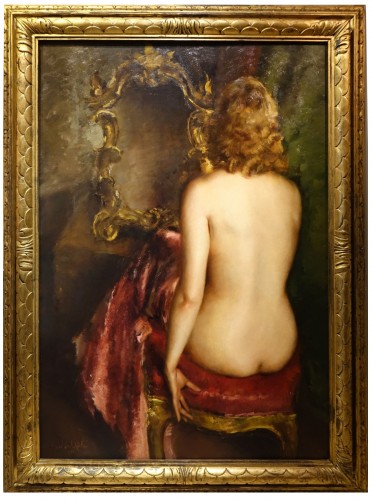