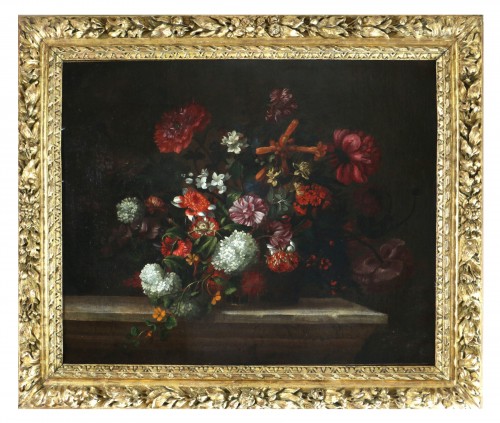 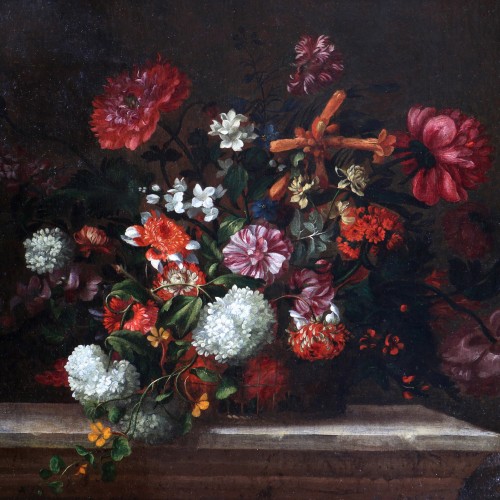 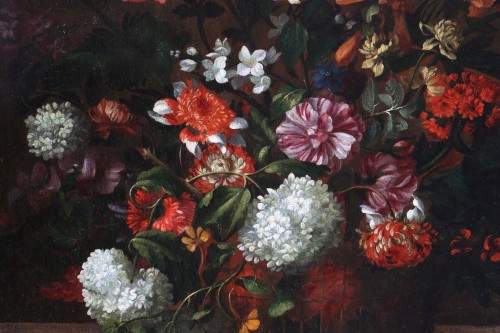 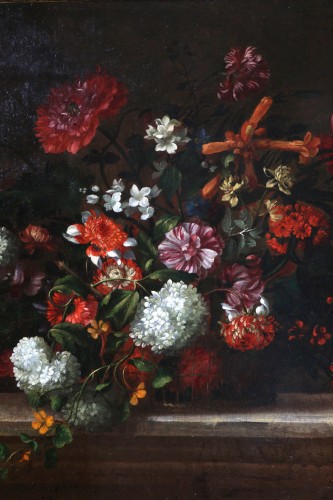 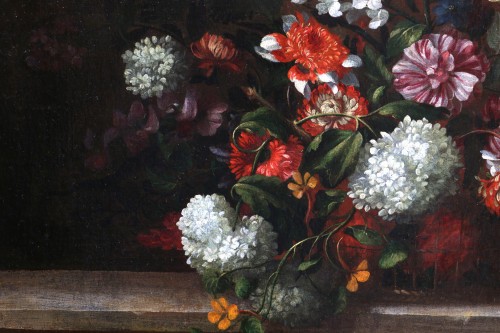 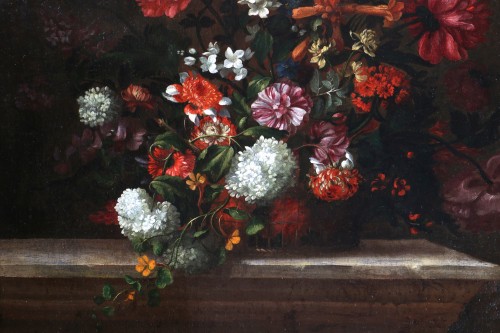 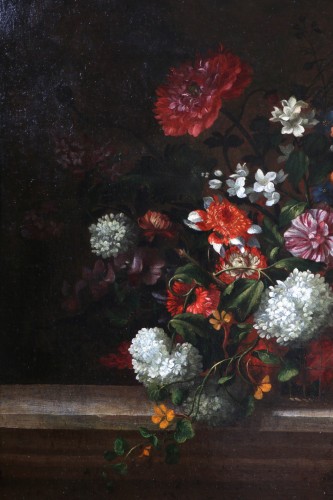 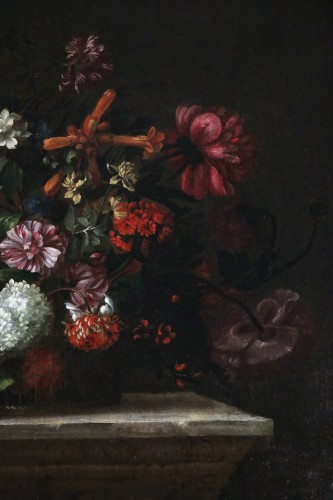 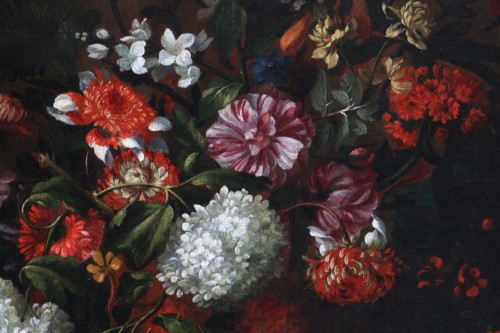 This flower painting specialist worked at the court of Louis XIV and for the Gobelins and Beauvais factories. After studying in Antwerp where he discovered the works of Davidsz de Heem. After a few attempts at History painting, he devoted himself to painting Fruits and Flowers, a genre in which he was to enjoy immense success. He arrived very young in Paris where he became a member of the Academy in 1665. His book entitled The Book of all kinds of flowers from nature was widely taken up by many artists. He went to London around 1685 where he worked for the Duke of Montagu. His works, of great botanical precision, are highly sought after. After a few attempts at History paintings, he went to Paris in 1655 and participated in the decoration of several private mansions in the French capital, including the Hotel Lambert and the Hotel de Lauzun. He meets Charles Lebrun, whom he finds at the Vaux-le-Vicomte shipyards. Le Brun then employed it to decorate several royal residences such as Vincennes, Saint-Cloud, Versailles, and Marly... Monnoyer was admitted to the Royal Academy of Painting and Sculpture on October 3, 1655, on presentation of Flowers, Fruits , and works of art (Montpellier, Musée Fabre), his most famous work. He was appointed adviser to the Academy on July 1, 1676, but exhibited only once at the Salon (that of 1673), under the name of “Baptiste”. Monnoyer accepts the proposal of the English ambassador in France, Lord Montagu, to follow him across the Channel. He thus went to London around 1685, and was employed in the production of several decorations, at Montagu House, but also at Kensington Castle, on behalf of Queens Mary II and Anne of England, as well as for other large English homes. Monnoyer died in London on February 16, 1699. He had as a pupil his son Antoine who exercised his art with as much talent as his father, so much so that it is sometimes difficult to attribute a painting to one rather than to another. the other, moreover, Monnoyer senior rarely signed, which did not make things easy.