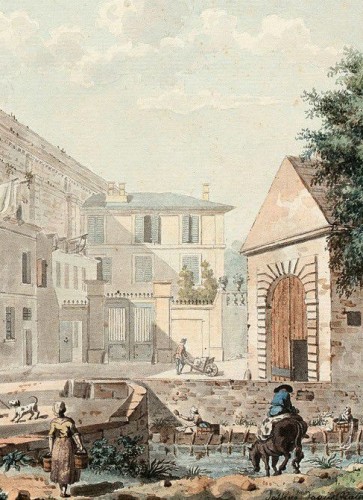 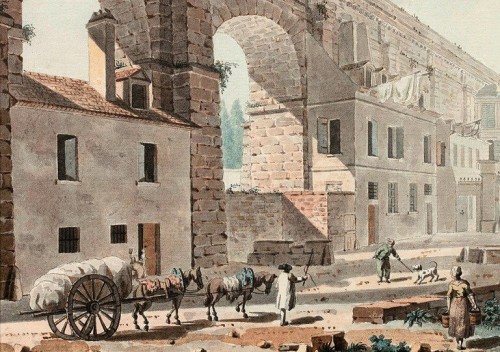 Attributed to Jacques SWEBACH-DESFONTAINES
(Metz 1769 - Paris 1823)
Arcueil: the Medici bridge-aqueduct and the Faisanderie
Watercolor on pen strokes
H. 21.5 cm; L. 31 cm
Described as "drawn after nature" on the lower right
Circa 1790


This beautiful watercolor offers us a rare view of the bridge-aqueduct of Arcueil, a few kilometers south of Paris, since it looks eastward with the bridge on the left, whereas the vast majority of existing views are with the bridge on the right. If its luminosity and its picturesqueness make it very desirable, its topographical accuracy makes it a true historical document. The houses that were built between the arches during the 18th century, when the aqueduct was no longer maintained, can be clearly seen, as well as the house known as the Faisanderie (with the blue shutters). This last building is one of the rare vestiges of the Arcueil estate which belonged to the Prince of Guise at the beginning of the 18th century and then to the Prince of Beauveau. The path to the right of the bridge, which passes in front of the Faisanderie and then climbs to the right (on the heights of Cachan) corresponds to the current rue de la Citadelle. 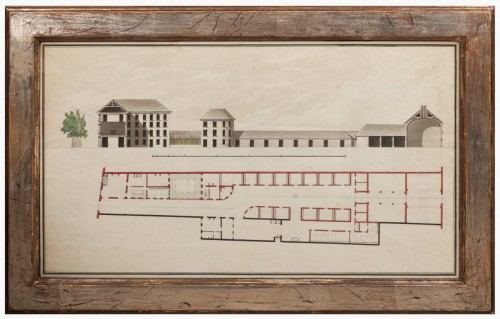 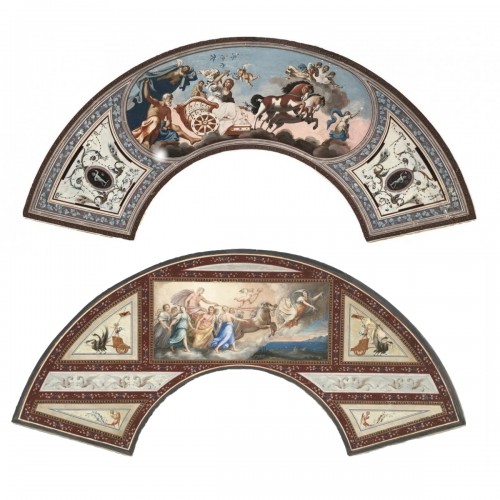