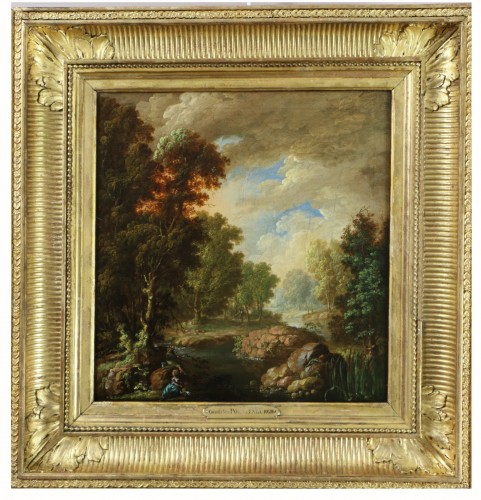 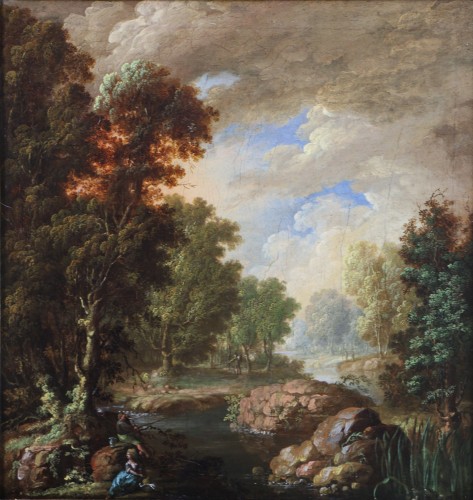 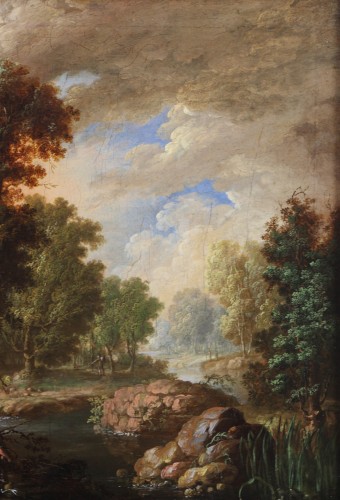 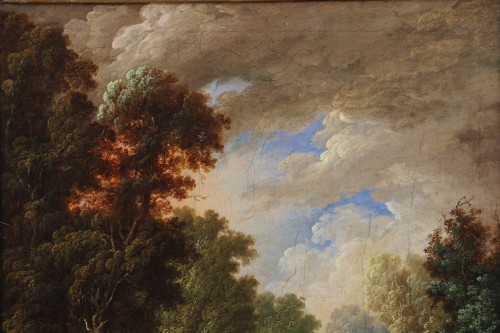 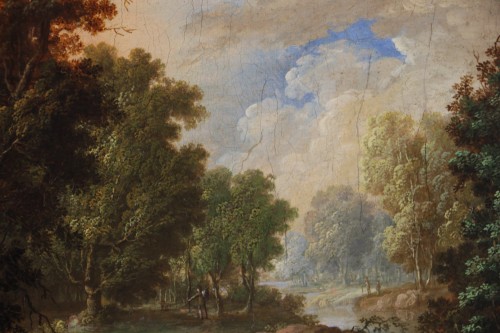 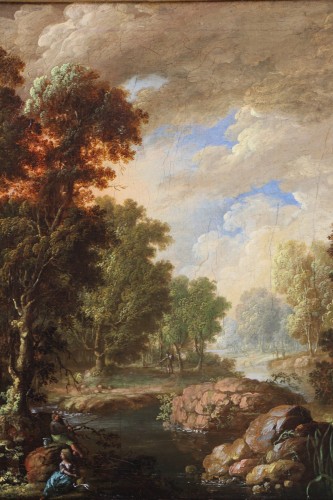 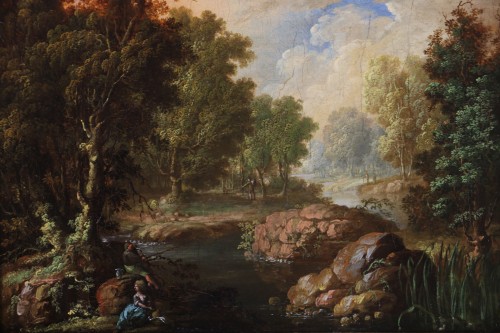 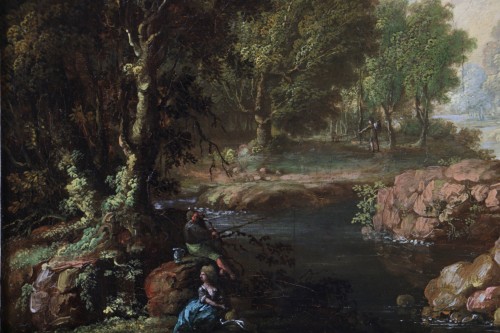 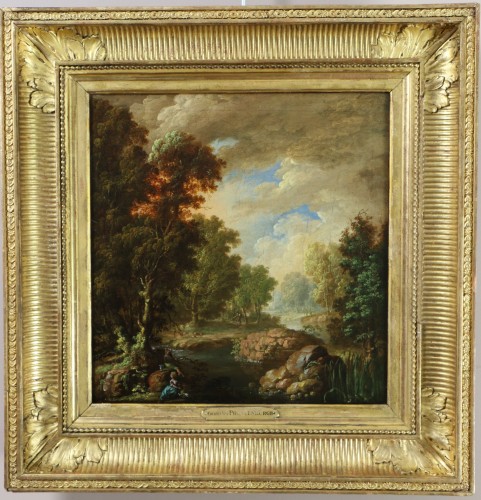 This sumptuous painting was formerly attributed to Cornelis van Poelenburgh as indicated by the cartouche of the frame. However, this attribution is irrelevant. We can propose an attribution with more coherence to Frederik de Moucheron.

The artist, thanks to the delicacy of his touch and his talent as a colorist, has magnificently achieved a landscape of great richness.

Frederik de Moucheron is the son of the painter Balthazar de Moucheron and Cornelia van Brouckhoven.
After his training with the landscape painter Jan Asselyn, Moucheron left for Rome at the age of 22, but he stopped on the way to Paris and decided to stay there for 3 years before resuming his journey.
On his return to his native land, he settled first in Antwerp and then in Amsterdam in 1659, the year of his marriage to Mariecke de Jouderville.
He paints, very skilfully, French, Italian and Dutch landscapes. As often with landscape painters of the time, he sometimes called on other artists to create the characters, Dirk Helmbreker, Nicolaes Pieterszoon, Johannes Lingelbach or even Nicolae Berchem.
His son Isaac de Moucheron will also become a recognized and appreciated great painter.
The father and son are exhibited in many museums.