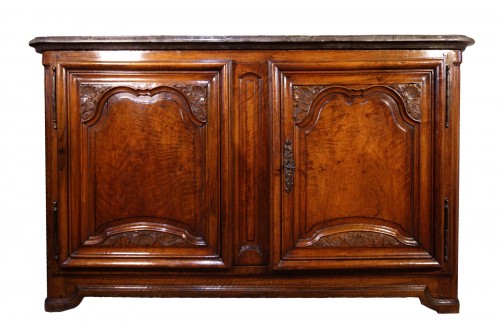 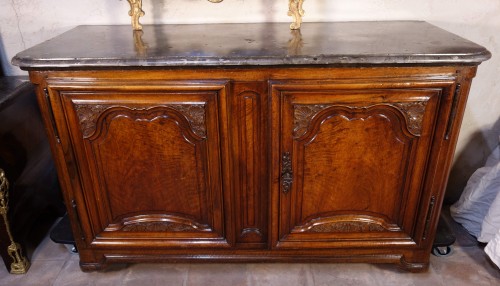 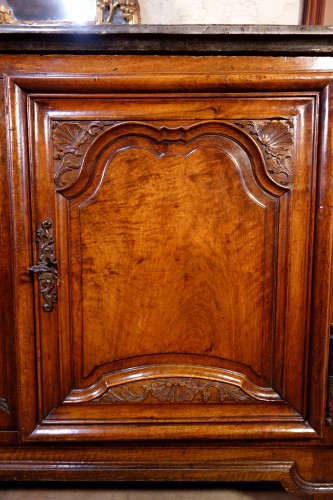 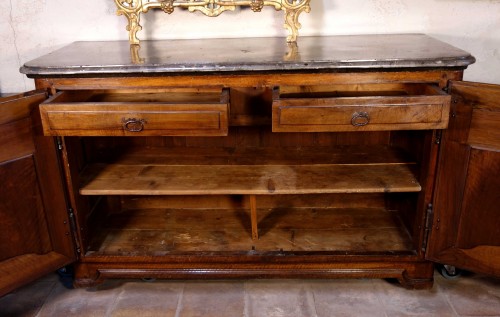 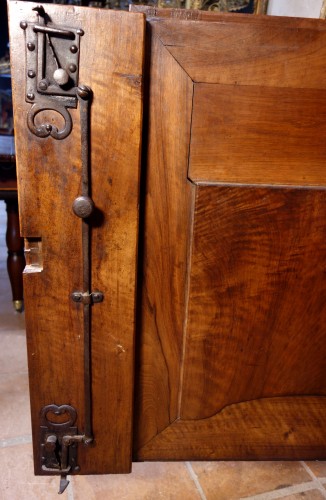 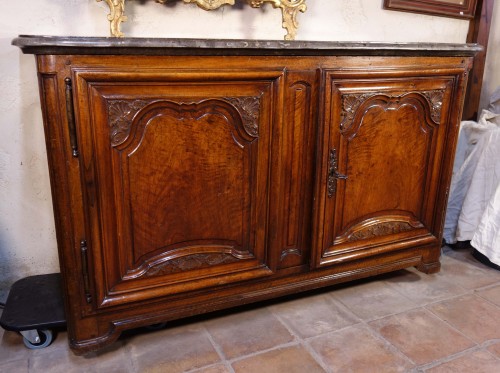 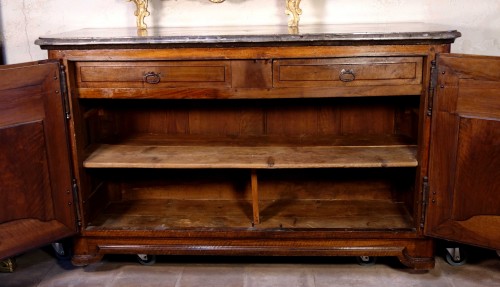 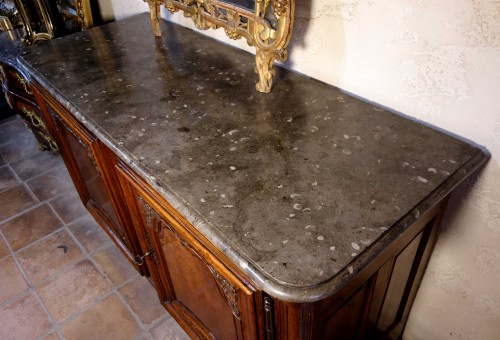 This Lyon buffet with particularly imposing dimensions was intended for serving game. In molded walnut, it opens with two large leaves sinuously sculpted with symmetrical patterns and separated by a false frame. The reserves are carved with shells, typical motifs of the Regency. The imposing steel sheets allow the doors to be opened, revealing two drawers that can accommodate the knives for cutting.

The opening is permitted by a cremone lock and a rack on the second door, both from the period.
The slightly turbulent lower crossing rests on two discreet feet. Halfway between the plinth and the curved legs of the Louis XV period, this original base is another witness to the Regency period of this sideboard.

At the top, the shell marble top called Saint Cyr stone comes from a quarry near Lyon. Its color and its inclusions of shells are characteristic of this stone used for the most beautiful models of Lyonnais hunting chests of the 18th century. This stone with groove and cavet has a thickness of about 5 cm.

Lyonnais work from the Regency period. 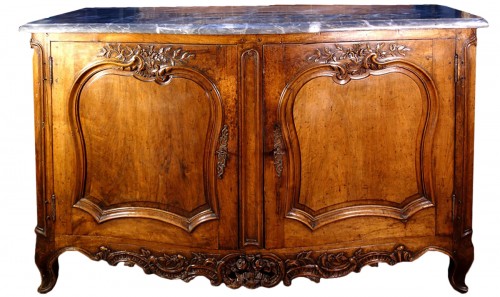 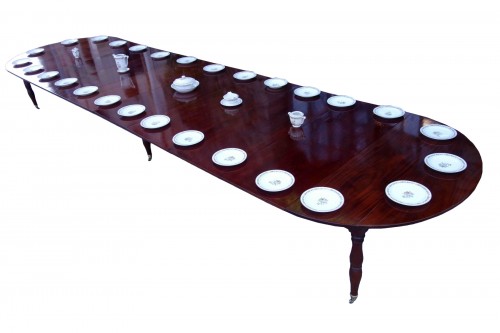 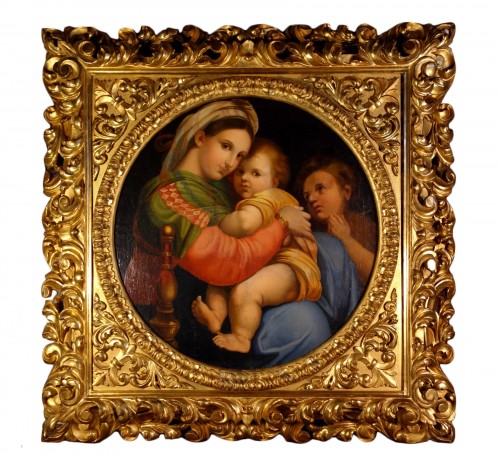 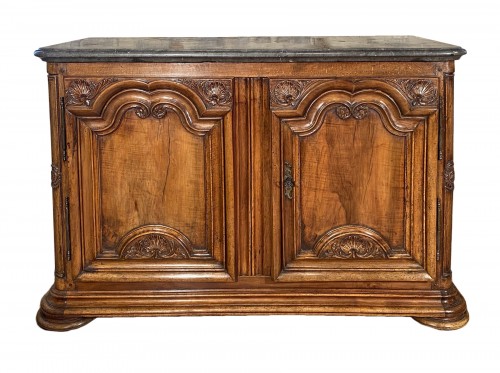 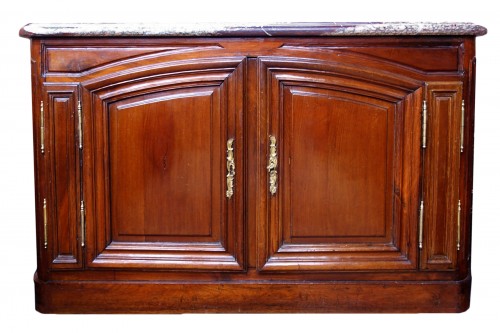 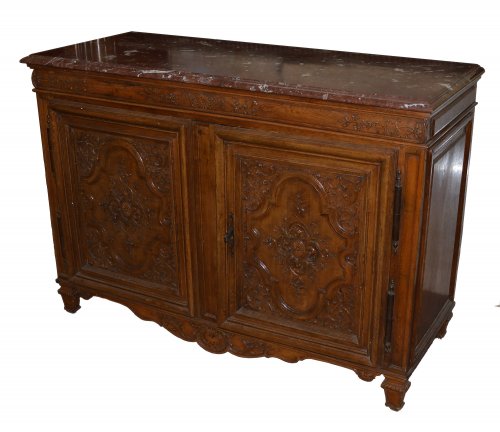