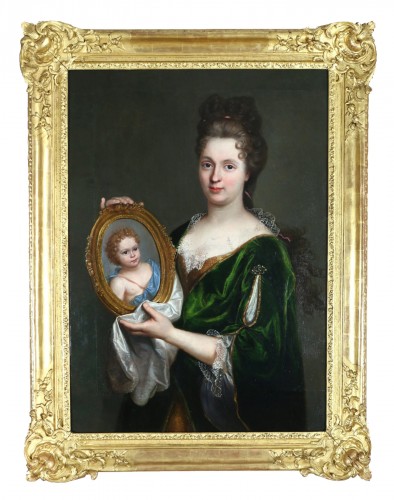 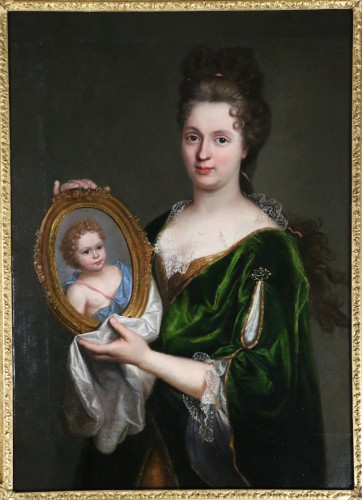 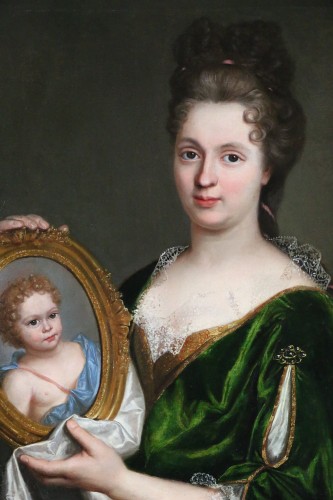 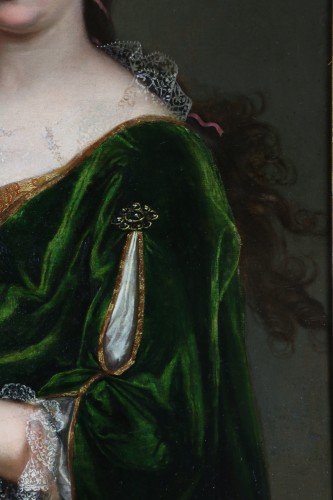 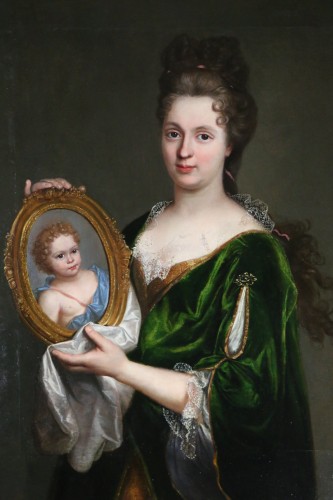 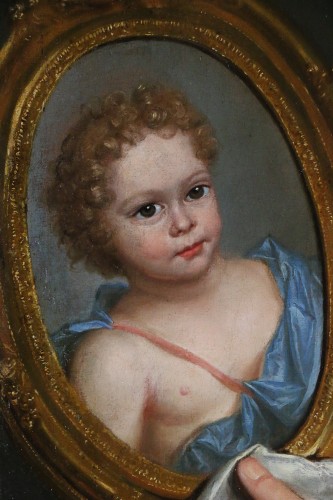 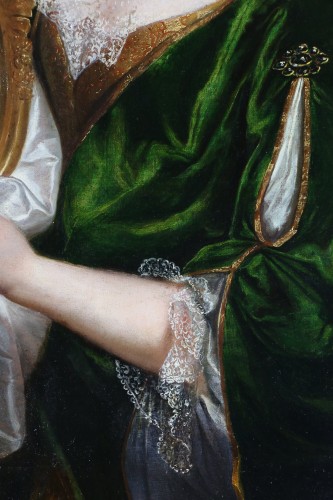 This superb painting is the presumed portrait of Françoise Marie de Bourbon, legitimized daughter of Louis XIV and Madame de Montespan. Dressed in a green velvet dress, she holds the portrait of one of her children.

Françoise-Marie de Bourbon, known as "the Second Mademoiselle de Blois" was born on May 4, 1677 at the Château de Maintenon. She died in 1749 at the Château de Saint Cloud. Duchess of Chartres and Duchess of Orléans through her marriage to Philippe d'Orléans, future regent. 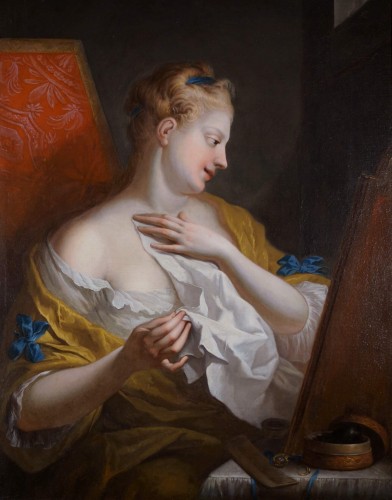 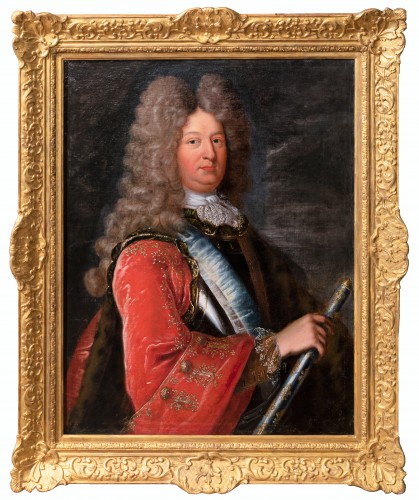