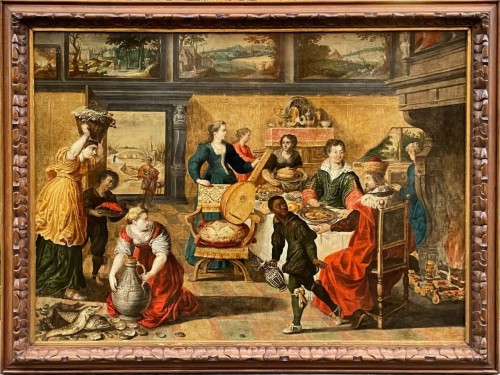 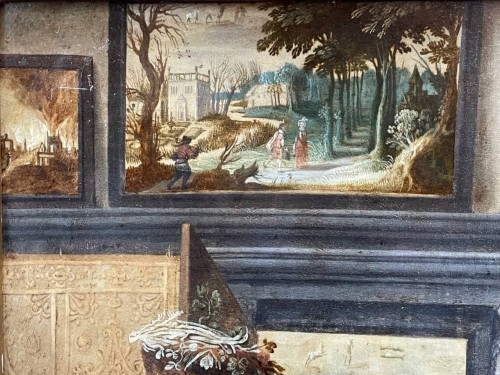 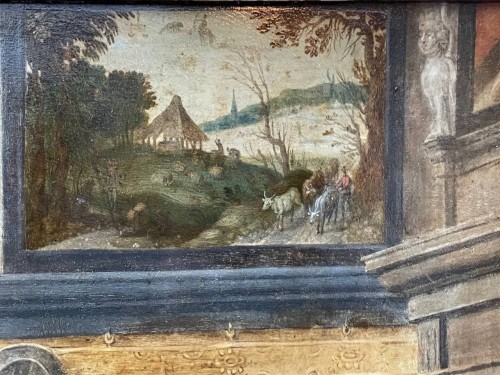 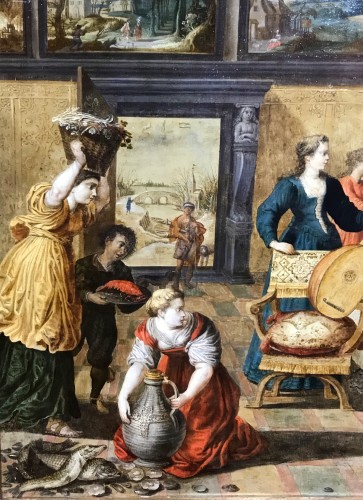 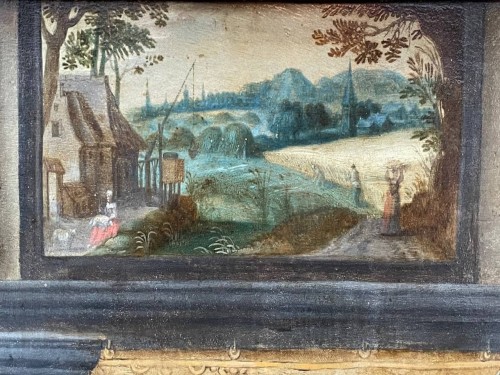 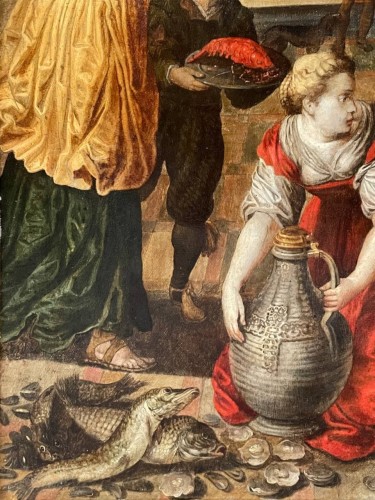 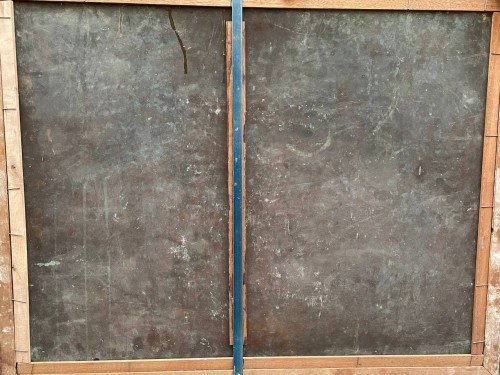 Attributed to Henrick Van Balen the Elder (1575-1632) and characteristic of the Antwerp productions of the 17th century, Van Balen had illustrious pupils, Van Dyck, Snyders and De Vos.
He was strongly influenced by his trip to Rome and was a member of the Romanist guild.
He often painted in collaboration with Brueghel de velours and De Monper.
Present in most major museums his works are rarely signed as ours.

Composed around a sumptuous meal with harpsichord, small Moorish page, a buffet loaded with silverware, and warmed in front of the fireplace that crackles because we are in winter. The door is wide open on a snowy landscape. The three other paintings hanging at the top of the composition represent the other three seasons. The signs of the zodiac delicately drawn help us to decipher our painting. A cicada seems to be the food of choice for this dinner, and the tide in the lower left is also waiting.
Composition in good condition. 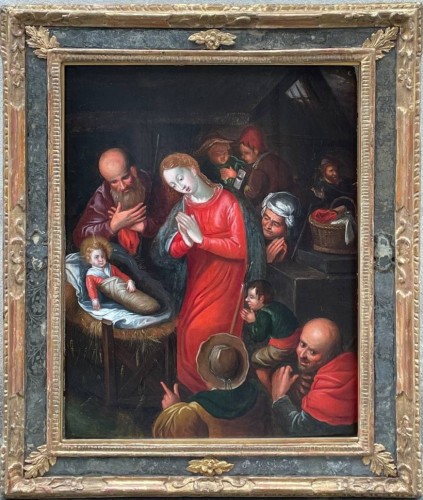 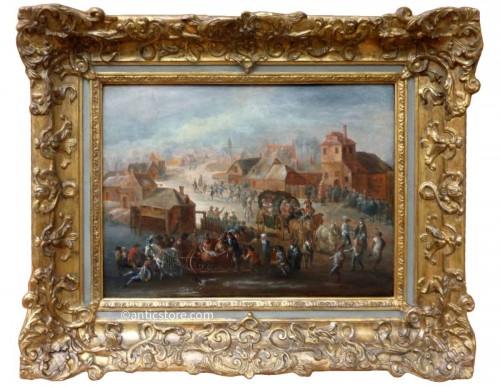 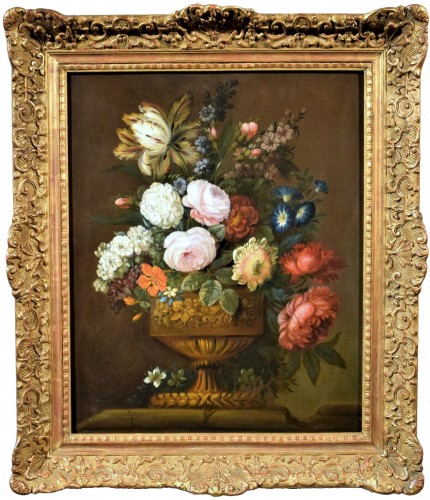 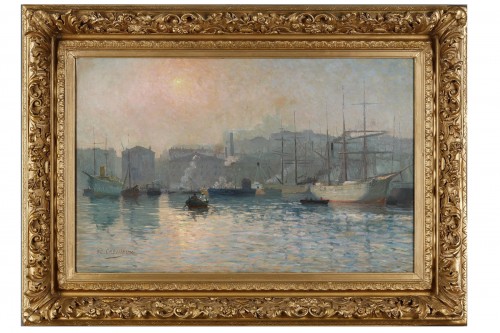