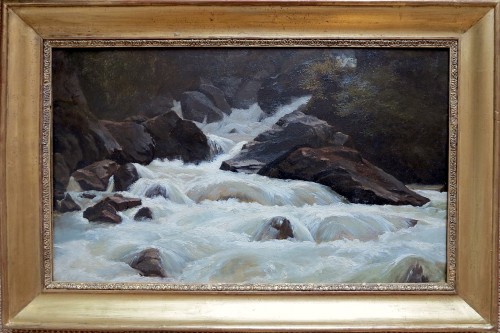 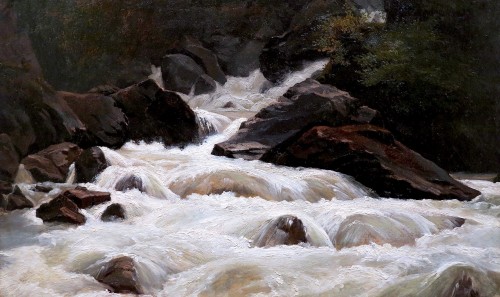 The meager information we have on Léon-Auguste MELLÉ, yet prolific but apparently of uneven quality, comes only from the Paris Salon booklets where he exhibited for forty years without stopping!

Léon-Auguste MELLÉ was therefore born on April 15, 1816 in Paris and was a pupil of Jules COIGNET (1798-1860) and Charles-Caius RENOUX (1795-1846). He appeared very regularly at the Paris Salon between 1839 and 1879 with views taken in Switzerland, Dauphiné, Picardy and the surroundings of Paris. According to our oil on paper, the artist therefore took a trip to Italy.

The waterfall depicted here is located on the back of the panel in Norcia (Umbria), the birthplace of the founder of the Benedictine order, St. Benedict. More precisely, these are the impressive Marmore waterfalls. Among the highest in Europe, the waters cascade down 165 meters over 3 terraces, one of which is shown here. The name derives from the calcium salts in rocks which take on the appearance of marble.
These man-made waterfalls were built by the Romans in 271 BC to drain backwater from the marshes of the Velino River, directing them to the natural jumps of Marmore and into the Black River. Built over 2000 years ago, it is the largest man-made waterfall in the world.
The site is located about forty kilometers north of Rome near the town of Néri. 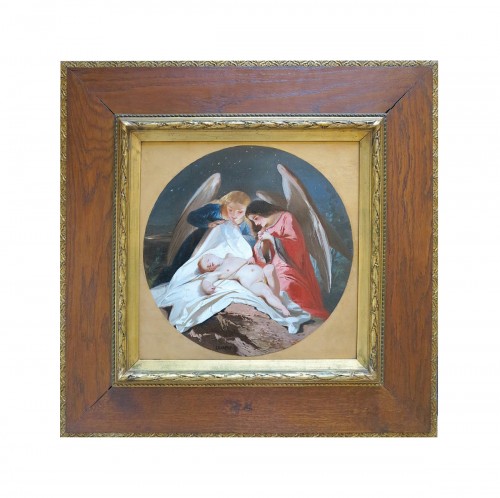 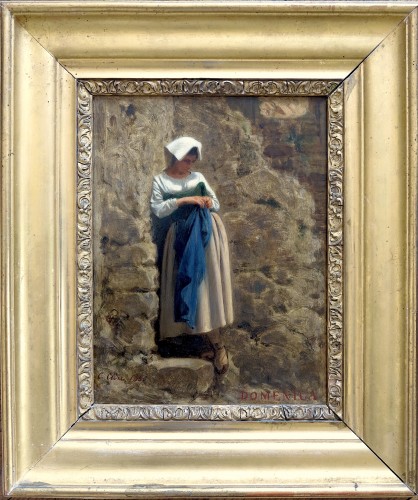 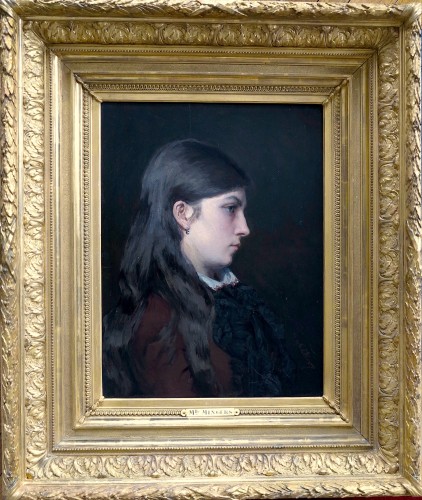