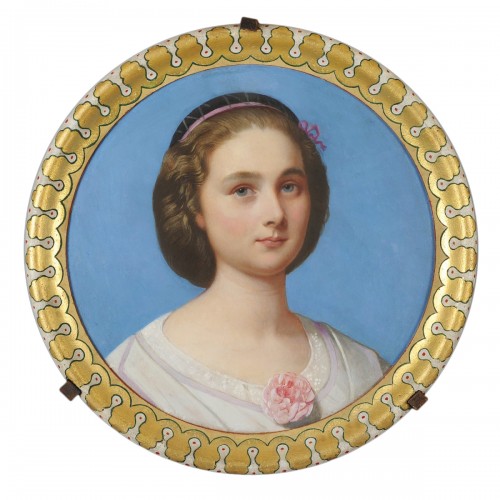 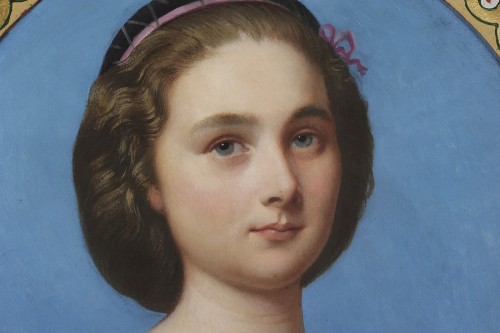 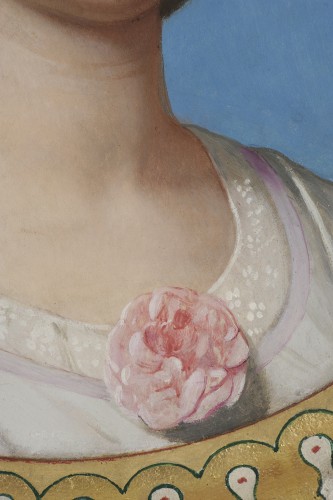 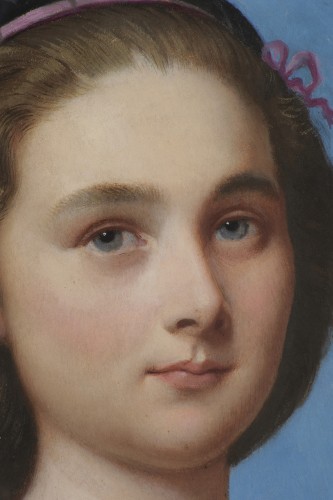 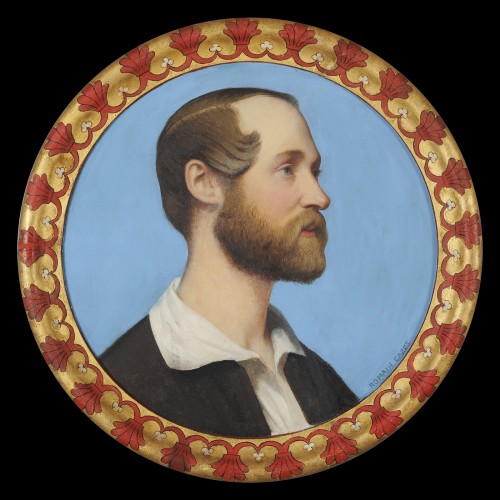 Son of a Gascon poet who was curator of the basilica of Saint-Bertrand-de-Comminges, Romain Cazes makes his first apprenticeship with Toulouse-based Joseph Roques, before entering the Ingres workshop in 1829. Prevented by illness from participating in the Rome competition of 1834, he gave up the course of the School of Fine Arts and began a career devoted to portraiture and above all to religious painting. A painting like L'Ame exilée (1838, Musée des Augustins) shows a freshness of inspiration which finds its source in the Italian primitives, more than in the school of David. From 1850, Romain Cazes devoted himself mainly to wall decoration and carried out numerous projects in churches. Many of its decorations are located in the South-West: Bagnères-de-Luchon, Bordeaux (choir of Notre-Dame), Oloron Sainte-Marie, Saint-Mammet. But the painter also works in Paris (Saint-François-Xavier, Notre-Dame de Clignancourt), in Béthune, Ville-d'Avray, Le Puy-en-Velay, etc.

Romain Cazes is also an excellent portrait painter, in the line of his master Ingres, as well as of his friend Henri Lehmann whose portrait he exhibited in 1836. Our painting which is part of a pair of portraits is located in the 1850s when his Ingresque touch is perfectly present and especially where he uses the same technique as for his frescoes: a wax painting. All in restraint, but of a careful execution, our tondos present a young man with slight sideburns and a young woman from which a certain sweetness shines through. The bright blue backgrounds of the compositions and the frieze framing of stylized foliage are reminiscent of ancient settings.

Note that the portrait of a man, after a fall, has been broken into three parts. It was then glued and fixed with metal rods inked in the stone, then the pictorial layer restored. The price of the two pieces obviously takes into account this restoration which can only be seen with grazing lighting.