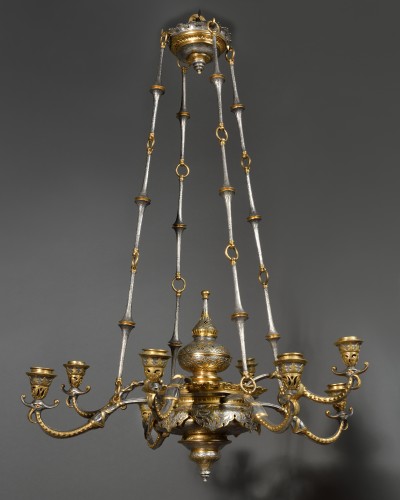 Chandelier with eight arms of light with decorative motifs of oriental inspiration. The shaft of the chandelier reproduces the shape of an openwork perfume burner to which are fixed the arms of lights composed of a frieze of pearls mixed with the body of a fantastic animal surmounted by an openwork wick.
Geoffroy-Dechaume's genius and the originality of the pieces he created allowed him to collaborate with the greatest silversmiths of his time, such as Froment-Meurice, Charles Wagner, Frédéric-Jules Rudolphi, Eugène Quesnel, the Susses and Auguste-Maximilien Delafontaine. The number of his motif studies in the Louvre Museum and elsewhere show the diversity of his sources of inspiration and a taste for female and animal figures that allowed him to imagine and create models for religious and civil goldsmithing objects.
The bronzier Delafontaine notably executed objects of Persian taste after Geoffroy-Dechaume's models. He called upon the artist as early as 1849 for the Exposition des produits de l'industrie, where he presented a jewel box, cups and vases of Persian style after his models. Geoffroy-Dechaume received a first class medal as a distinguished sculptor in the category of collaborators at the 1855 Exposition Universelle for objects in the same style. Geoffroy-Dechaume's creativity lies in his ability to use oriental-inspired motifs on various objects, which links each of his pieces stylistically. 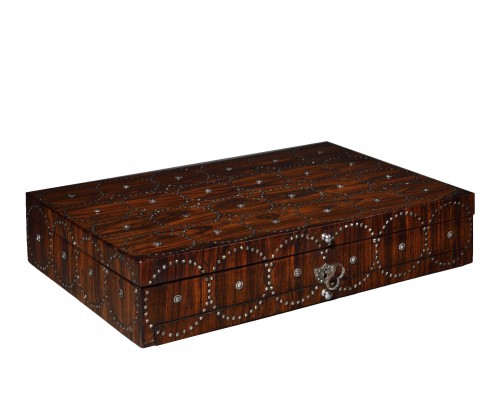 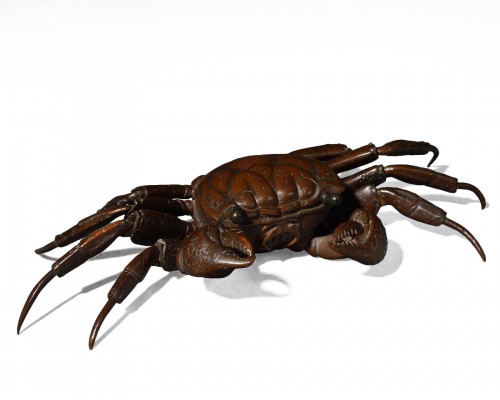 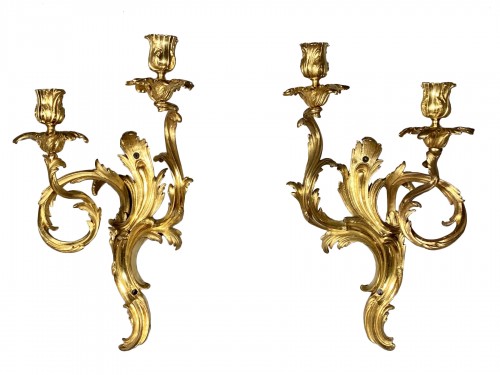 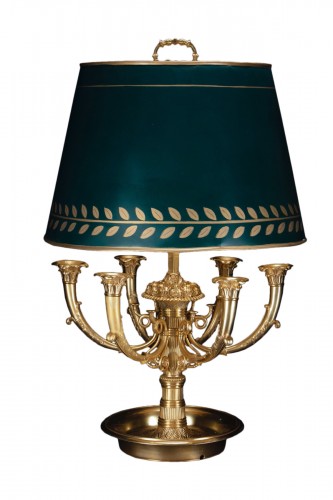 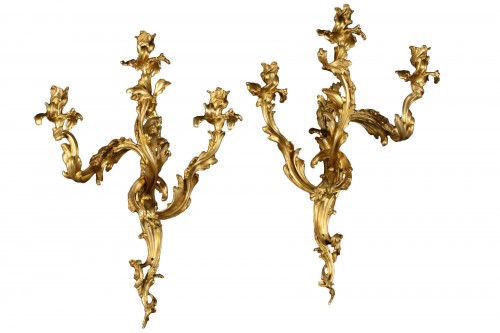 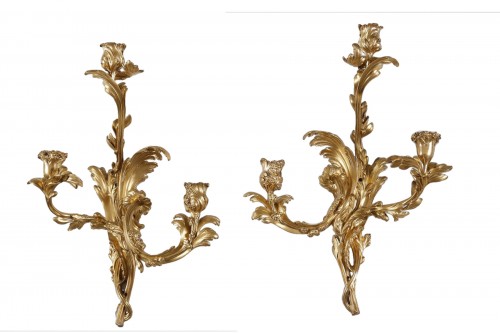 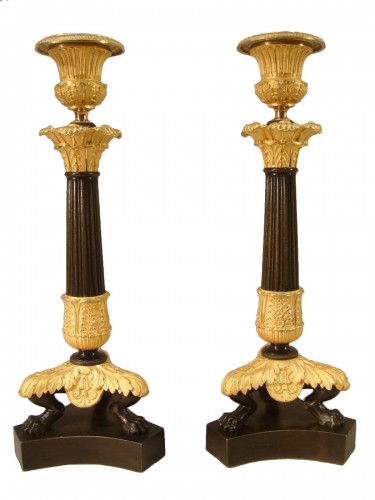 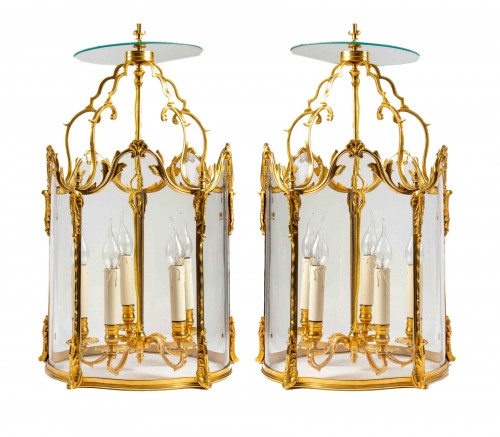 A Pair of Lanterns