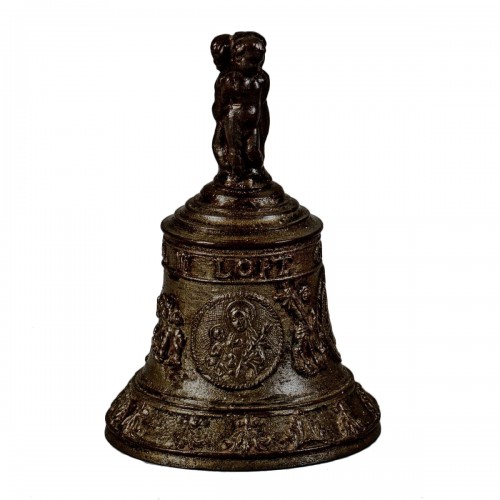 CATALOGUE NOTE
During the 15th and 16th centuries, the export trade of artisan and artistic pieces from the Netherlands reached a high development. Among these pieces were bells known as ‘bells from Mechelen’, the Flemish city from which they originated. Commonly religious images and texts or mythological themes are depicted on the bells. 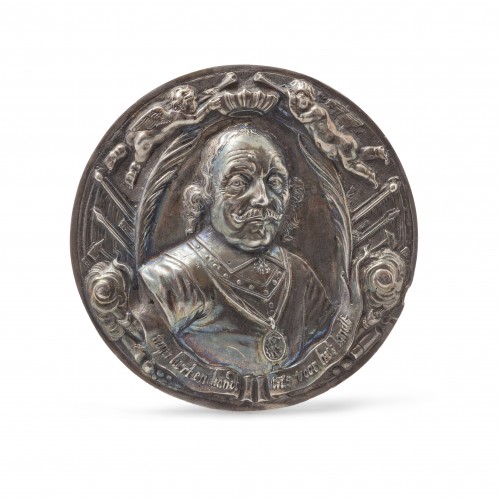 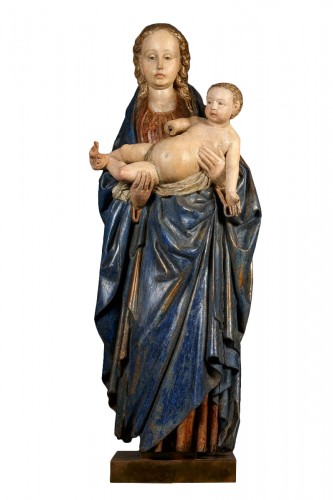 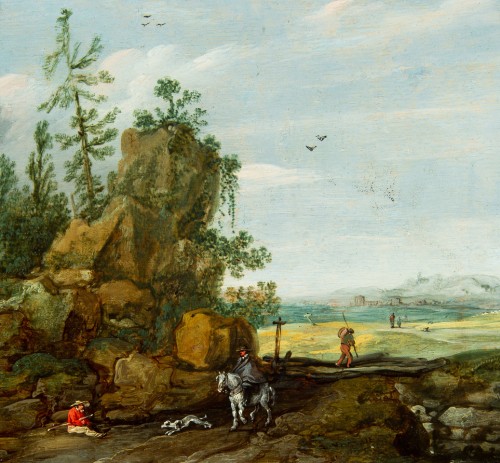 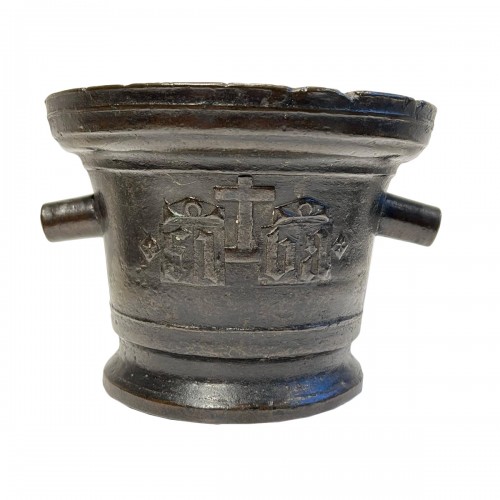 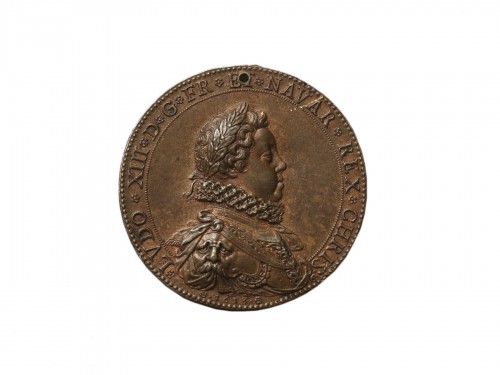