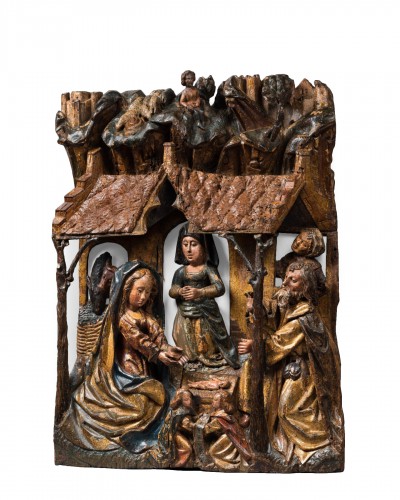 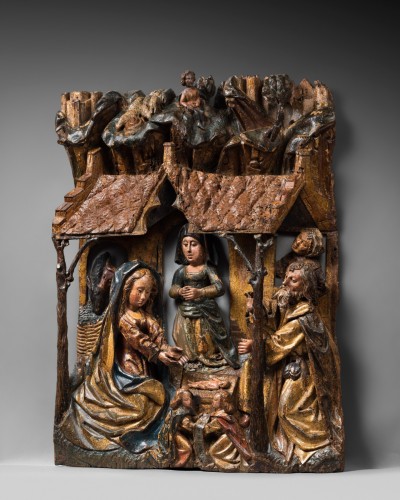 While the birth of Christ is briefly told in the Gospel of Luke (2, 7) it is in the apocryphal texts that we find most of the elements and details that have then inspired artists. As of the 14th century and even more of the 15th century the subject of the Adoration of the Child replaces in Western art the scene of the Birth, much favoured in Byzantine art. Instead of being depicted lying with the new-born swathed in the manger, the Virgin is now kneeling, her hands joined in prayer in front of the naked child. This change was probably hastened by the popularity of the visions of Saint Bridget of Sweden to whom the Virgin allegedly appeared to show how she had given birth to Jesus (Visions, VII, chap. 21).

Sheltered by a thatch-roofed structure the Virgin is kneeling in front of the Child Jesus. She wears a magnificent red dress under a large gold cloak. Her curled blond hair is partially veiled. The newborn is lying on a straw mat. Joseph is depicted with a parted beard and stands opposite from the Virgin. He wears a tunic and a coat with a purse hanging from the belt. His costume reminds us of the long journey him and Mary have accomplished to reach Bethlehem.

Two other women are present. One is looking through the stable’s window to observe the Holy Family while another one kneels in prayer in front of the divine child. The rich costume of the lady might indicate she is a donator.

However they could also both represent the women who took part in the birth of Christ, Zelemi and Salome. Salome, incredulous did not believe in the virginal conception of Mary and she is represented far from the scene. The artist has depicted her with an expression of doubt on her face. Zelemi, on the contrary, is a believer. She is rewarded by a place of honour at the heart of the scene, close to Mary.

To the left the donkey and ox that have accompanied Mary and Joseph to Bethlehem observe quietly the scene.

On the foreground two angels hold a scroll reading an excerpt from the Gloria : “/Gloria/ in excelsis /Deo/.” One of the angels wears a blue cape while the other’s is red Those two colours are very significant as during Middle-Ages blue symbolises hope and red charity. Together they express the hope in redemption thanks to the advent of Christ and his sacrifice to come.

Above the main scene, up a cliff, a small shepherd lets his herd of sheep graze amidst the trees. He is framed by two walled cities.

This wood carving is the work of a very skilled and inventive artist. The piece bears witness to his exceptional talent. The realism of the scene is emphasised by the amount of details depicted. The refinement of the carving itself is highlighted by the well preserved polychromy.
This key moment of the New Testament is set in a contemporary context thanks to the clothes of the characters and the scenes of rural life. The universal dimension of the scene is intensified while allowing contemporary viewers to grasp its meaning more easily.

This care for details, the picturesque realism as well as the extraordinary rendition of the cloths suggest it was made by a Flemish artist during the late 15th century.

This relief can be compared with the panel of the Nativity from the Saint-Vaast altarpiece made by Jacques Daret between 1433 and 1435, today in Madrid’s Thyssen-Bronemisza Museum. 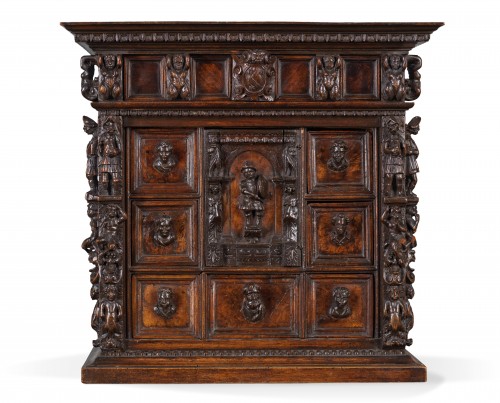 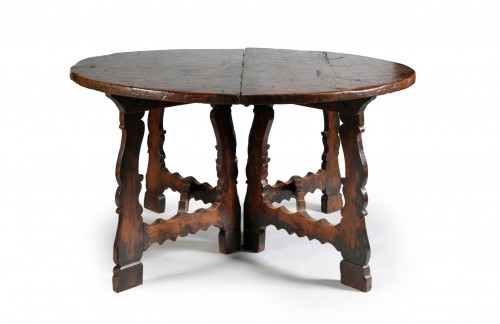 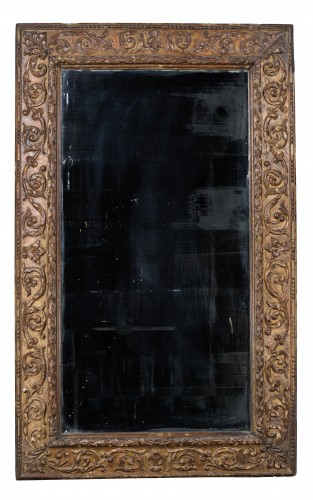 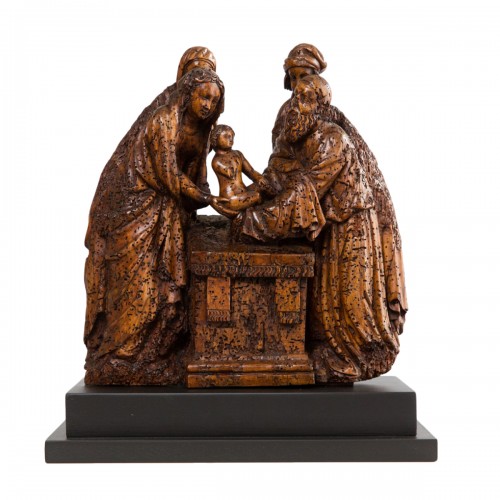 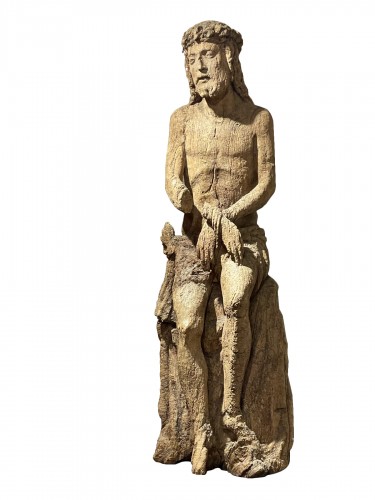 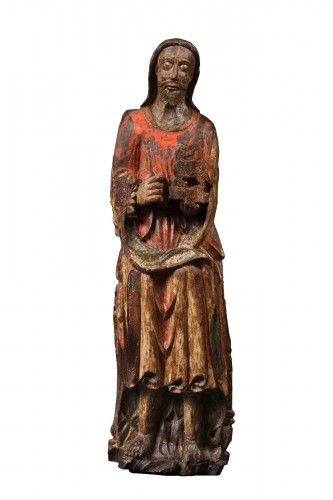 Wood Sculpture Of John The Baptist 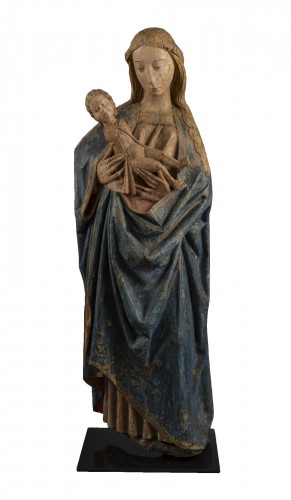