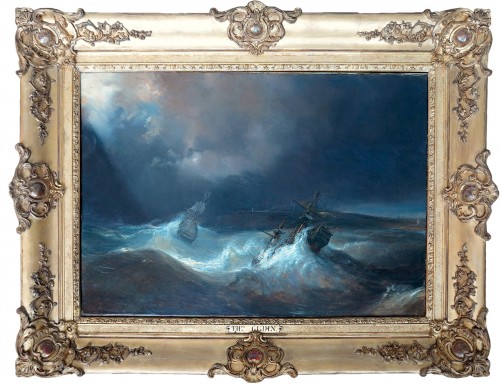 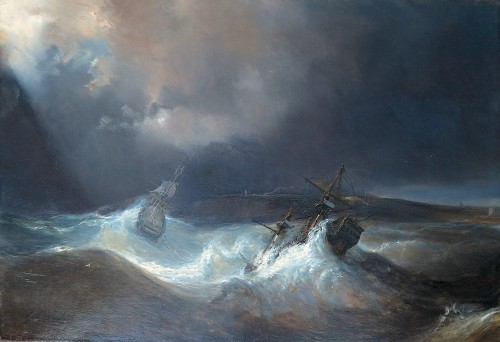 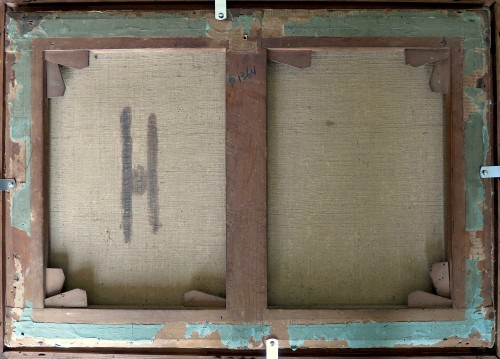 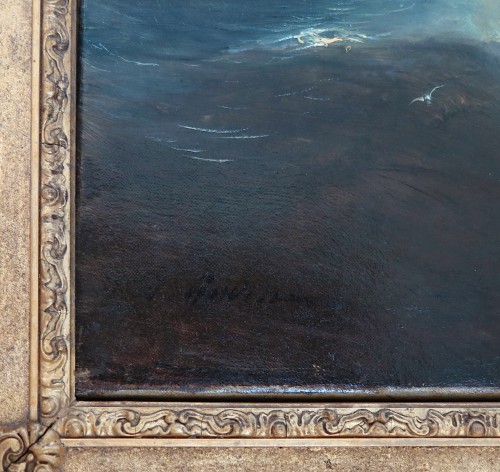 Théodore GUDIN was born on August 15, 1802 in Paris. He is the younger brother of the painter Jean Louis GUDIN (1799-1823), a pupil of Horace VERNET and Anne-Louis GIRODET who tragically died at the age of twenty-four in the presence of Théodore in a boat accident on the Seine.

The son of an Empire general, Theodore embraced a military career and entered the French Naval School, which he abandoned quickly enough to embark for New York where he enlisted in the United States Navy. We are then in 1819. He then had the opportunity to travel long distance and he thus went to London where he stayed there in 1821 with Eugène ISABEY.

Back in Paris with the wish to become a painter like his brother, he went through the studio of GIRODET then of GROS and began at the Paris Salon of 1822 with no less than five paintings, doing honor to his own words: " To paint the sea, you have to have sailed”. Two years later in 1824, he won the gold medal at the Salon at just twenty-two, thus opening the doors to fame.

Thus, very quickly, he became a protégé of the Duke of Orleans, the future king. Having the opportunity to exhibit regularly in London with his friend ISABEY until the 1820s, the artist had the opportunity to discover the art of TURNER and CONSTABLE. Obviously, this had a decisive impact on his work by tinting it with a new romanticism.
As proof of the place, he began to occupy on the artistic scene, Charles X already commissioned a painting from him in 1828. The artist was only 26 years old at the time.

Just before embarking on the Algiers expedition of 1830, Louis-Philippe appointed GUDIN painter of the Navy, an honor which was renewed under Napoleon III. Between 1831 and 1834, Louis-Philippe purchased a total of four paintings exhibited at the Salon for his personal collection.

On his return from Algeria in 1832, GUDIN left for his tour in Italy, passing through Switzerland and finishing in Russia. There again, he produced several travel diaries which will later be used for his compositions.

Louis-Philippe elevated GUDIN to the title of baron and ordered ninety-seven paintings from him for the Versailles Museum to commemorate the great episodes in the history of the French navy. It was a consecration for him. Unfortunately, although its success was resounding, it was also fleeting, and posterity will retain only this marine painting in its work which is more complex than it seems.

GUDIN was awarded the Legion of Honor (Officer) in 1841 and the Prussian Order of the Cross for Merit in 1845 following an exhibition in Berlin. Napoleon III elevated him to the rank of commander in 1857.

Haunted by the memory of his brother's drowning, GUDIN participated in 1864 in the creation of the Central Society for the Rescue of the Shipwrecked, of which he was vice-president.
GUDIN left France for an English exile following the fall of the Second Empire and only returned a few years later to France to settle in Boulogne-Billancourt where he died on April 12, 1880, at the age of 77.

The artist had the opportunity during his long career to train many students like his daughter Henriette GUDIN or Léon MOREL-FATIO.

These few words from Edmond BERAUD - editor, journalist, and critic of the time, taken from the preface to the autograph book Souvenirs du baron GUDIN, simply and concisely define the artist's personality: "No artist was as good at depicting the waves and the waves of the sea as he was. He understood the great ocean dramas with a sort of savage poetry; his verve and his inspiration, his temperament of colorist, his manner full of prestige charmed the whole of Europe for thirty years " 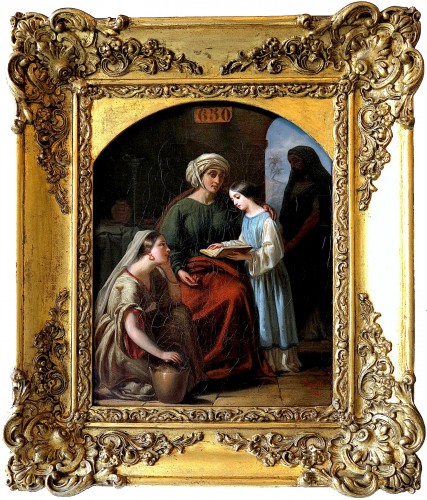 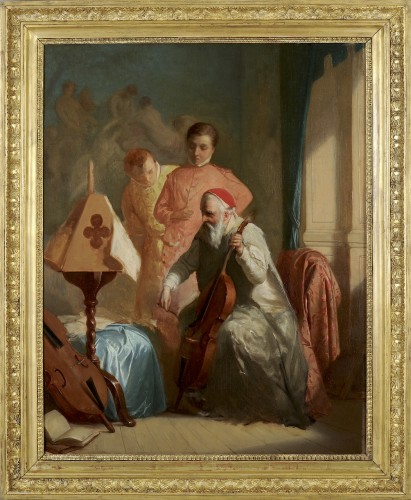 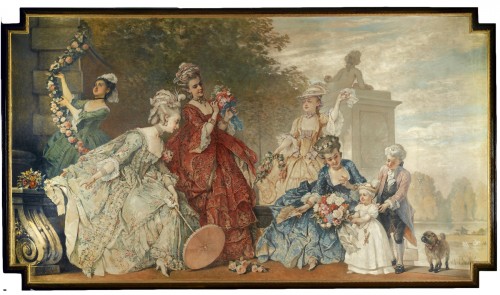 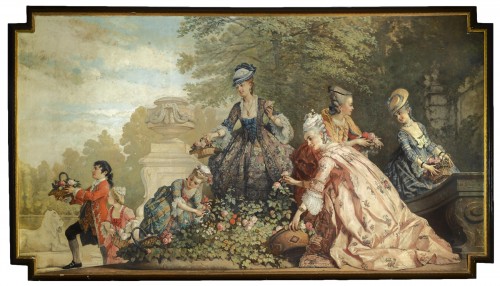 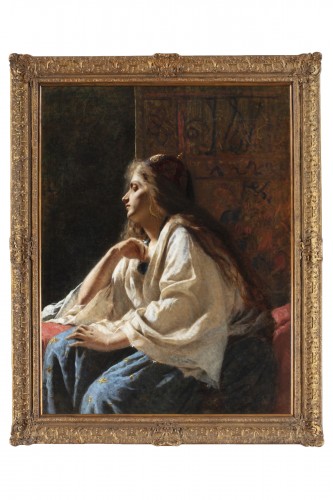