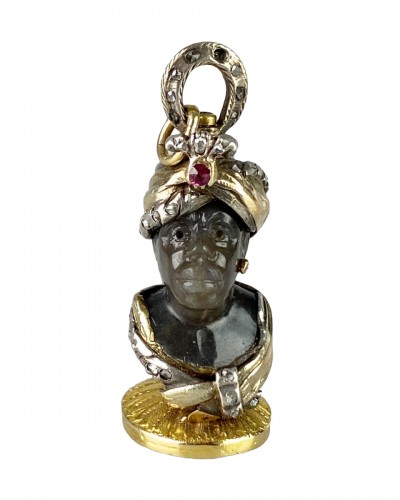 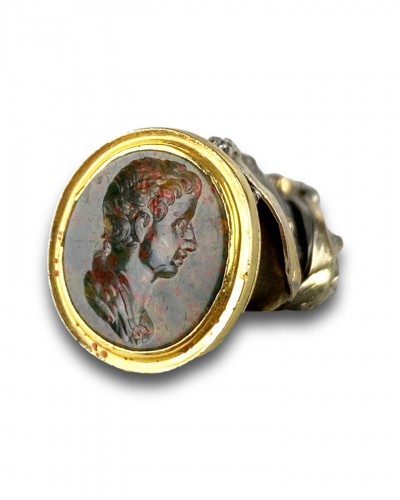 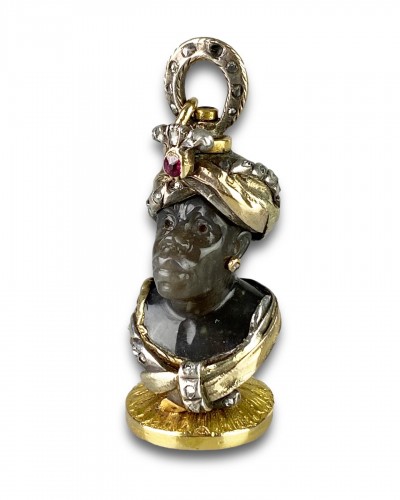 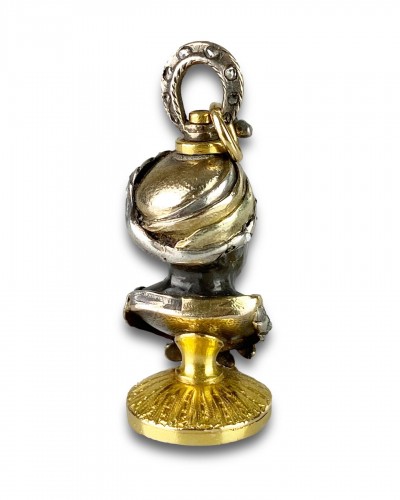 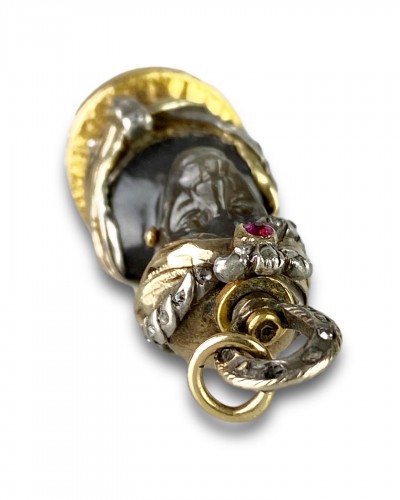 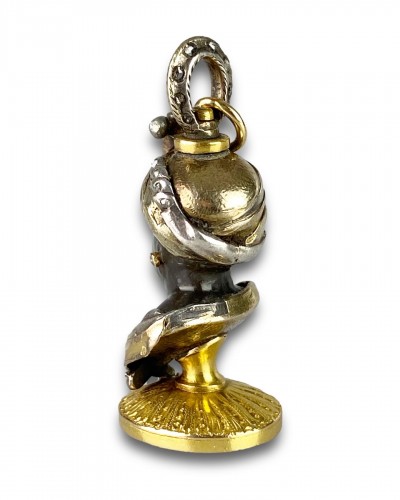 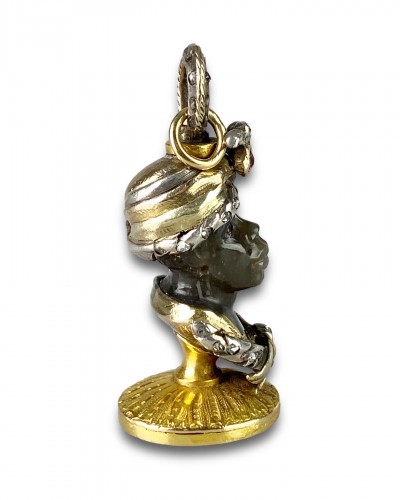 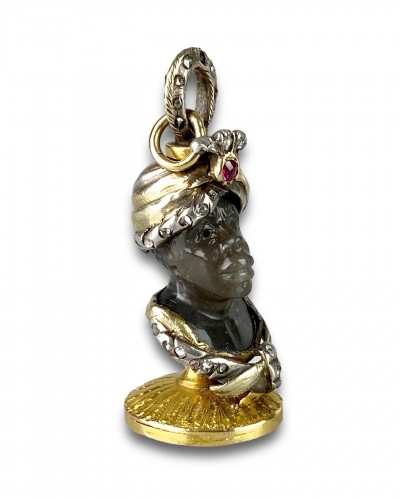 An agate bust of a Moorish Prince set as a seal with rubies & diamonds set in silver & gold.

The base with a bloodstone intaglio possibly depicting Julius Caesar.

The agate bust probably dates from the late 17th century, later mounted in France in the first half of the 18th century. 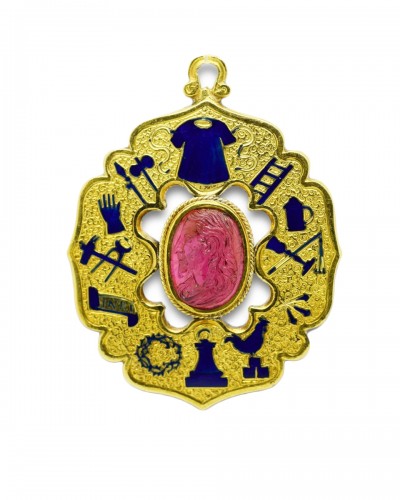 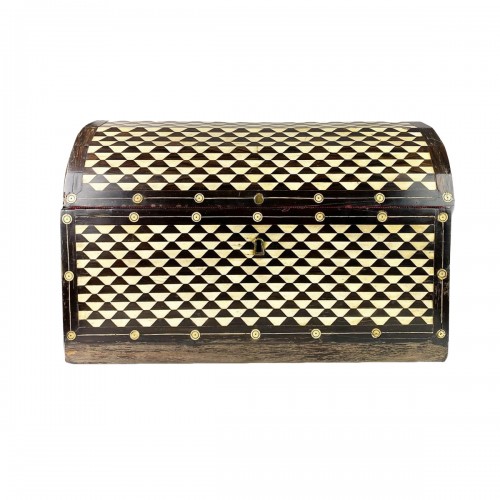 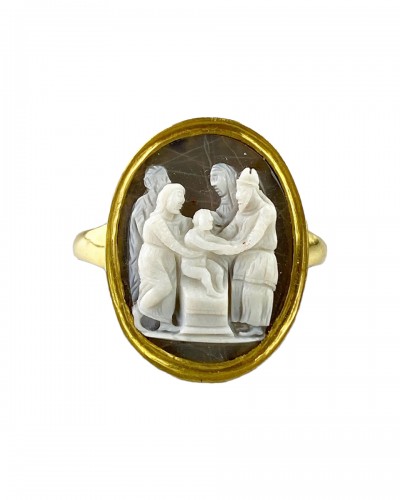 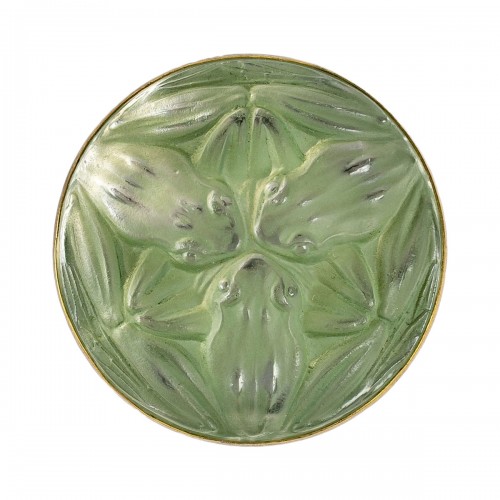 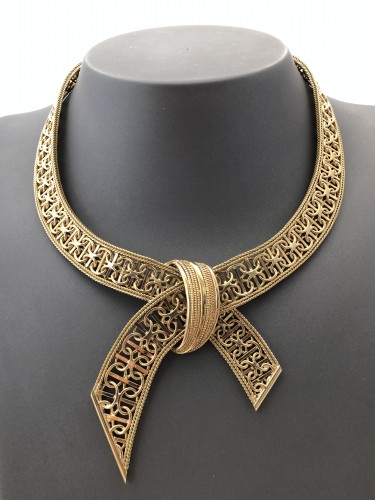 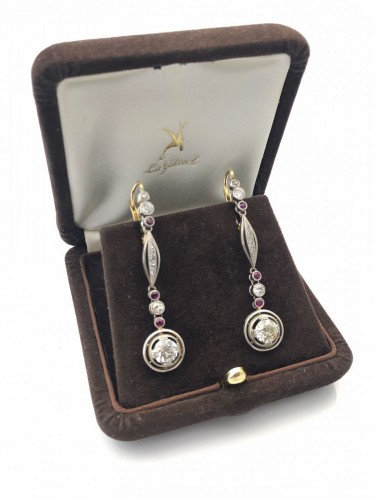 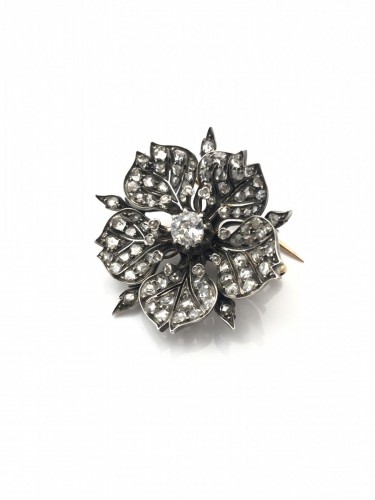 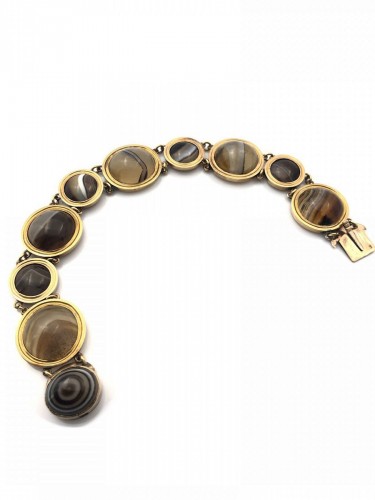 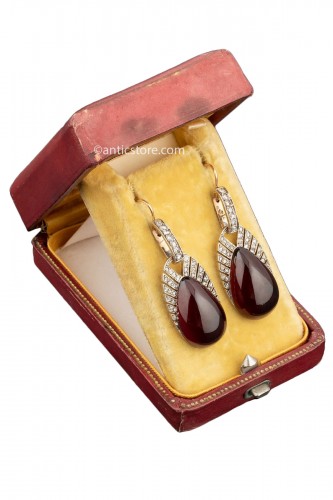