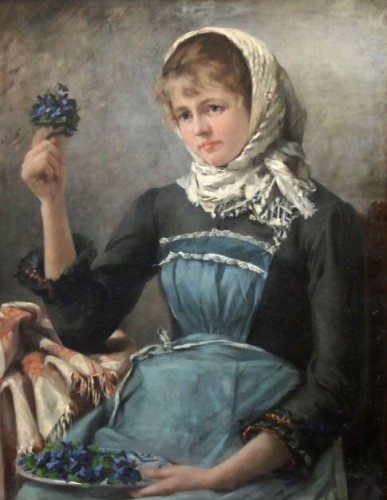 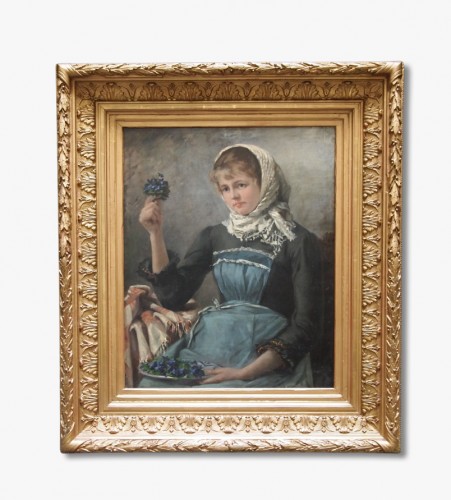 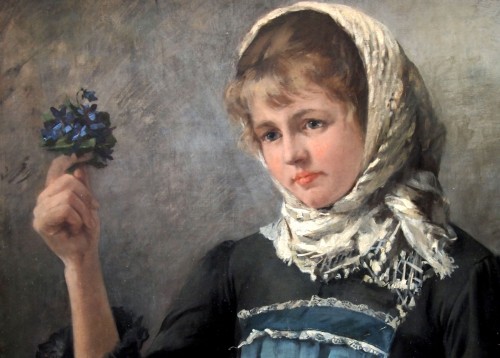 The flower seller is a common iconography in painting, but few paintings represent only a violet seller.

In the language of flowers, well known to the "people" of the 19th century, the violet is associated with modesty, shyness and modesty.
Offering a bouquet of violets to someone means: I love you in secret.
In the past, young boys used to sign their celibacy by wearing two violet flowers in their buttonhole.

It is said that the nymph Lo, would have been transformed by Apollo into a Violet (a chaste and modest flower) when she refused him.
Napoleon Bonaparte had a passion for this flower, and it became the rallying sign of the Bonapartists during the Hundred Days.

At the end of the 19th and the beginning of the 20th century, the south of Paris had nearly two hundred hectares dedicated to the cultivation of violets. 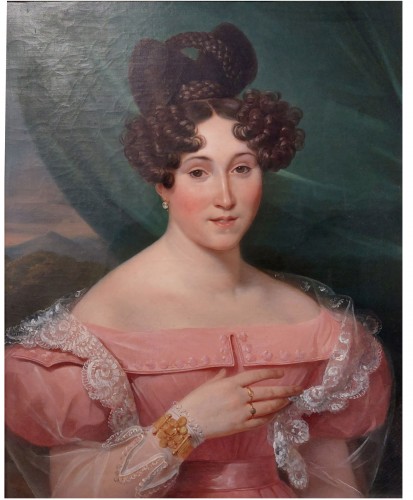 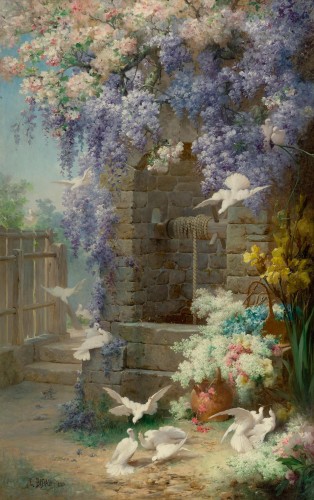 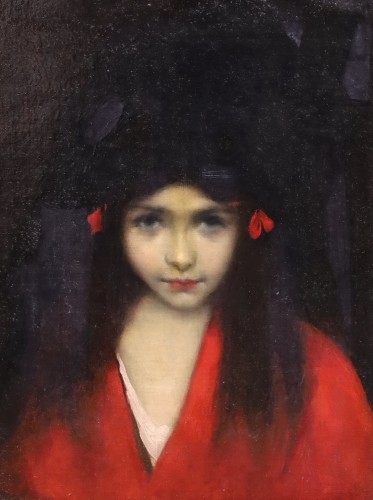