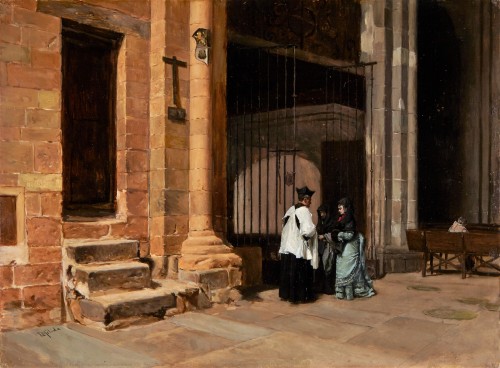 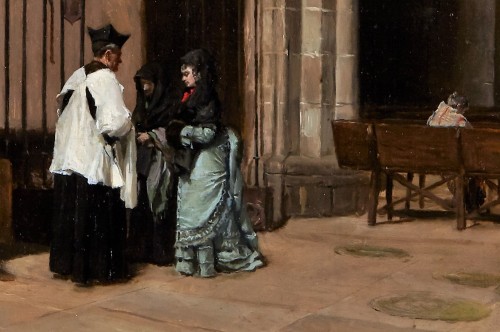 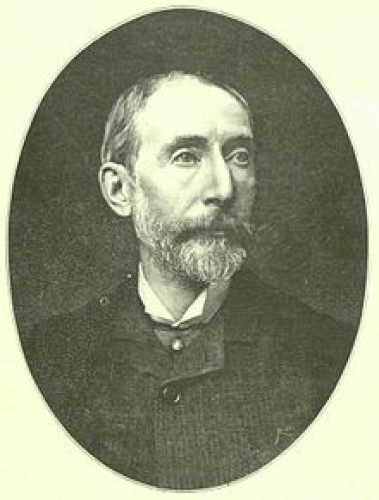 Enrique Mélida was a Spanish painter, lithographer and writer. Through his marriage to Marie Bonnat, he is the brother-in-law of the painter Léon Bonnat.

Enrique Mélida is the son of the lawyer. Despite his early penchant for the fine arts, he devoted his youth to studying law, from which he graduated in 1860. He became a lawyer at the Court of Auditors, which his father headed.
However, his artistic vocation became apparent and he gained a reputation as a portraitist and genre painter. He was one of the founders of the magazine El Arte en España. He was a student of the painter José Méndez and Ernest Meissonier.
He first exhibited at the Bayonne International Exhibition in 1864 with the painting showing An Executioner and his Victim and Two Dogs' Heads, which received an honourable mention. At the National Fine Arts Exhibition of 1866 he sent a painting entitled Santa Clotilde, a study and a self-portrait, which were acclaimed by the public and the critics.
Melida then participated in all the national fine arts exhibitions. His painting « Un Baptême dans la sacristie de San Luis » was exhibited at the Paris Salon and was acquired by the French State. He then exhibited in Vienna and Madrid, achieving further success. His painting Une Messe de relevailles en Espagne (1872) is kept in Bayonne at the Bonnat-Helleu Museum.
He published articles in the magazine El Arte en España, writing on such subjects as the Madrid School, Francisco de Goya's Proverbios and the biography of the painter Victor Manzano.

Following his marriage to Marie Bonnat in 1882, sister of the French portraitist Léon Bonnat, Enrique Mélida moved to Paris in 1883. He was a friend of Edgar Degas, who painted his portrait around 1863, and of Henri de Toulouse-Lautrec.
He was a member of the international jury for the 1889 Universal Exhibition in Paris. 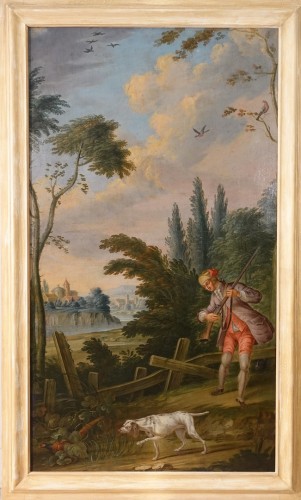 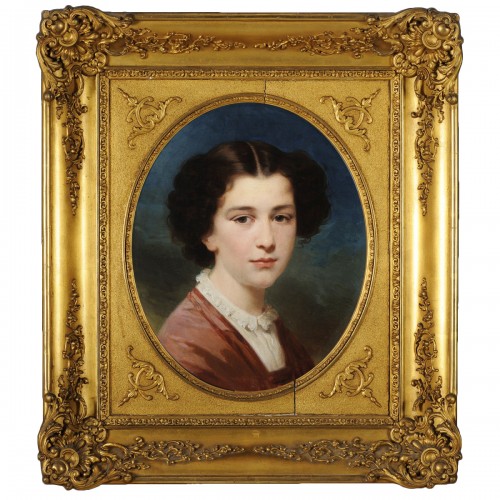