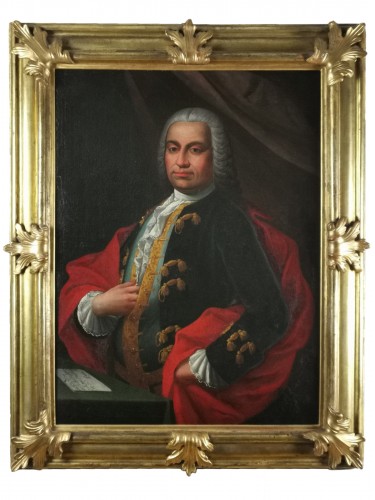 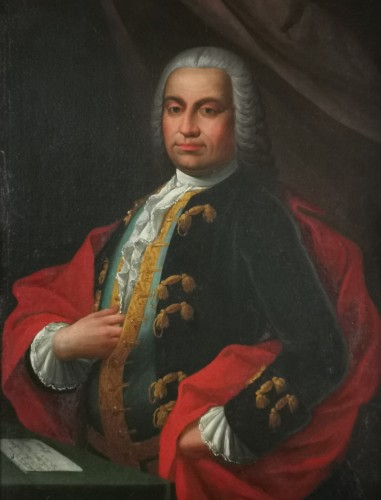 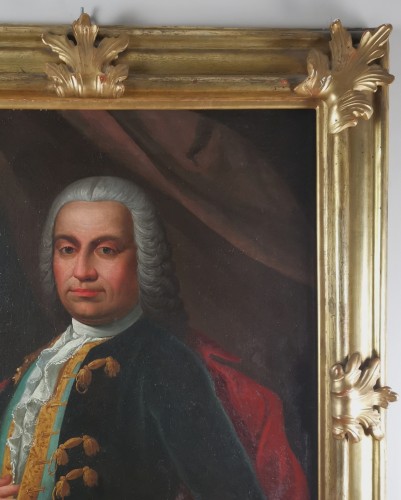 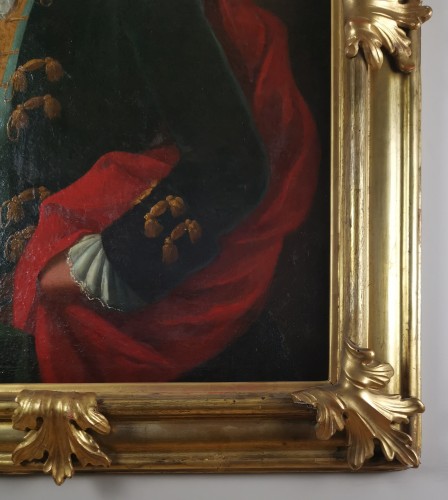 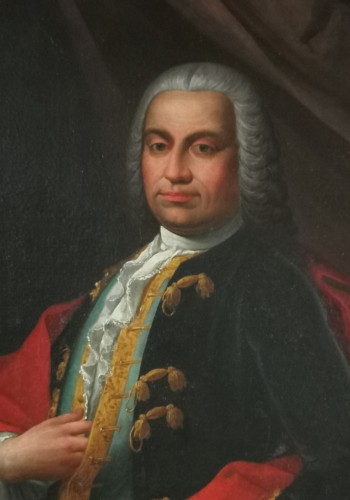 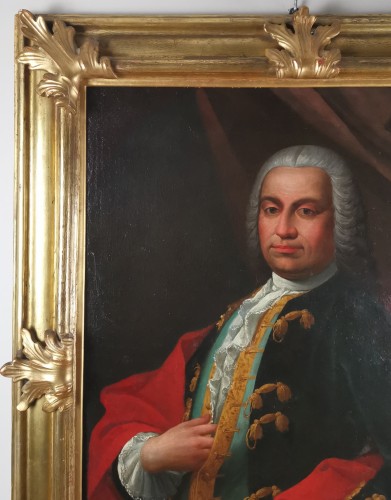 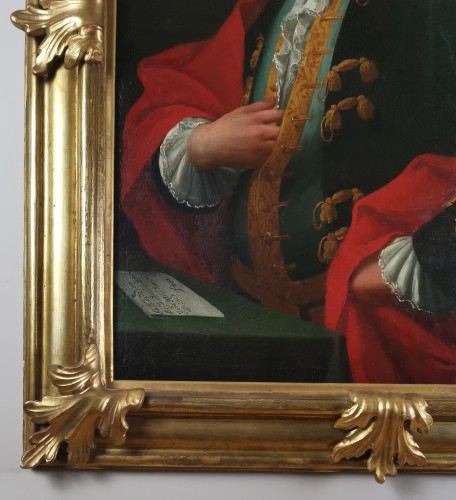 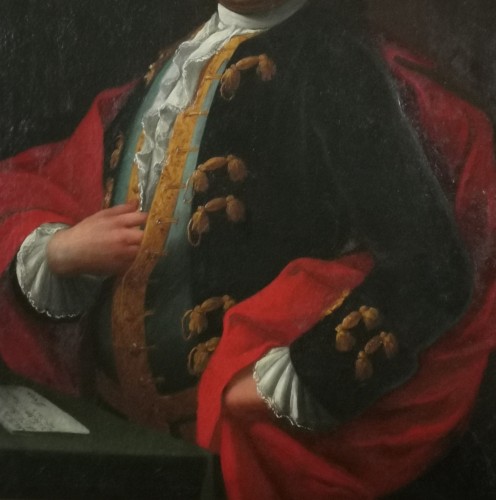 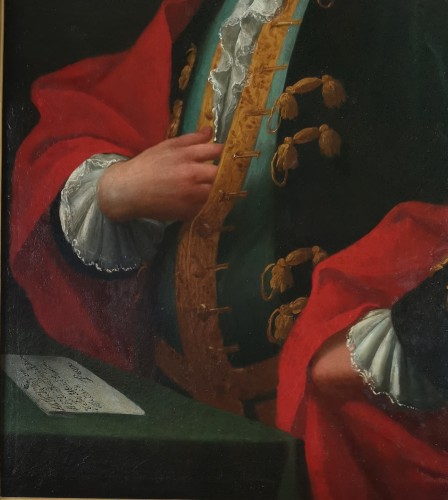 Oil on canvas of rectangular shape, titled on the letter placed on the desk; mounted on stretcher with keys set in its gilded wooden frame decorated with original acanthus spandrels. Portrait of a lord, secretary and president Pavesan, the illustrious Cavalier Franco Billo-tta important and rich notable of the city of Pavia in Lombardy (northern Italy). He is represented seated in front of his study on a theatrical background enhanced by curtains embraced by elegant taupe-colored folds, his bust turned slightly to the right, his face facing the viewer. His costume allows us to situate him socially, in a high fringe of the Pavesan nobility. He is dressed in a long, tight-fitting jacket of midnight blue velvet with double gold thread clasps, over a partially unbuttoned leotard of turquoise blue silk with gold gallons and buttons on a white silk shirt with an immaculate ruffle. His posture and his face tell us more about his character, ambitious and authoritarian. He has a massive face with light green eyes, deep almond-shaped, a massive nose, a thin mouth, a clear forehead and a rounded chin. His features are affirmed by a perfectly powdered wig as strict as severe. The deciphering of the letter placed on the desk, written in Italian, gives the following indications: All'illmo Sig.re Seg. E Pres. - Il Sig.re.I.C. Don Franco Billo-tta deSignore Abbati e decurioni della Città di Pavia. (translation) To the very illustrious lord secretary and president, the illustrious lord rider Franco Billo-tta of Messrs Abbati and Decurioni of the city of Pavia.
Dimensions: Frame height 118cm, width 95cm (46.5 inches by 37.4) - Frame height 96cm, width 73cm (37.8 inches by 28.2).
Certificate of authenticity of Yves Chamly, expert in ancient and modern paintings, graduate of the Ecole Boulle in Paris, of the Académie Julian in Paris and of the Ecole Supérieure d'Arts Appliqués et des Metiers d'Arts Olivier de Serres in Paris. 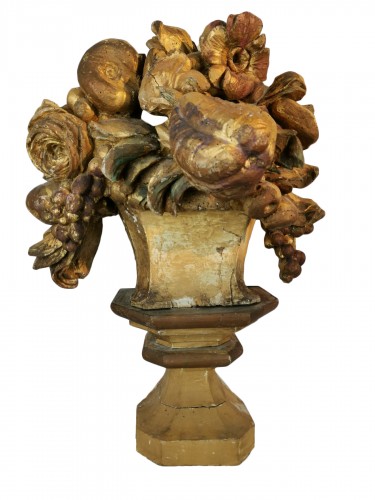 A Louis XIV, Giltwood Baroque group of flowers and fruits 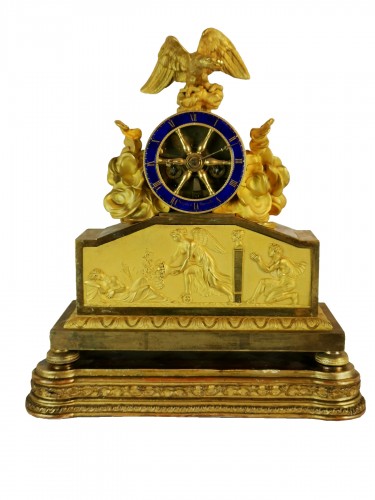 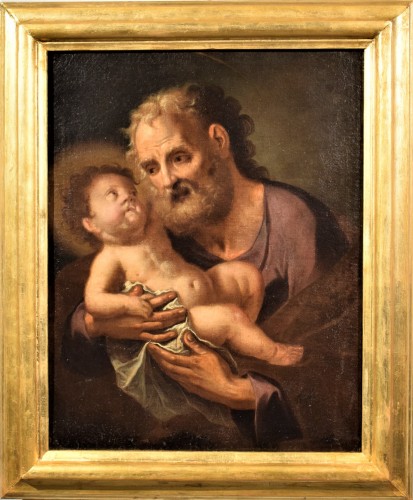 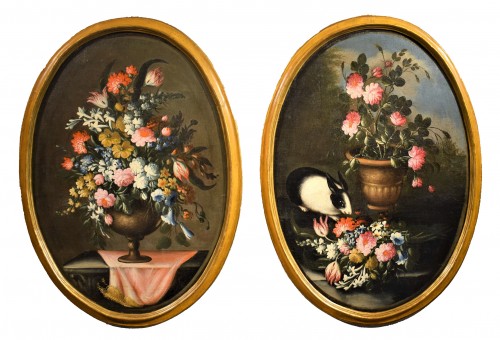