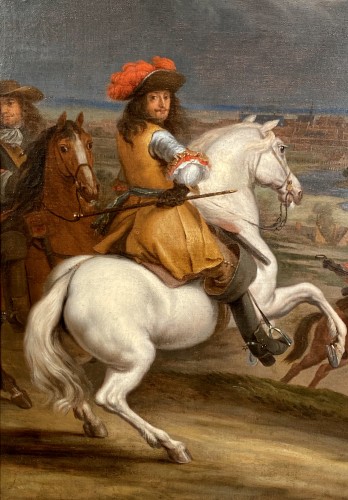 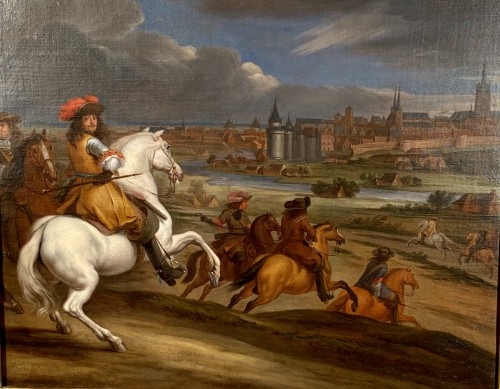 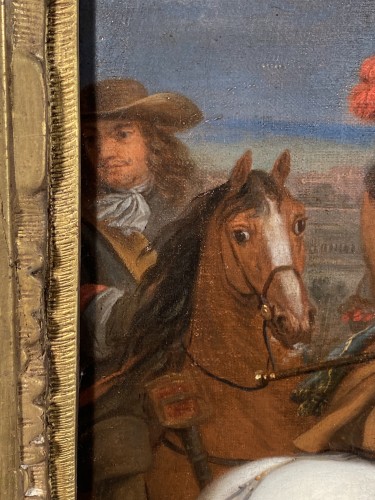 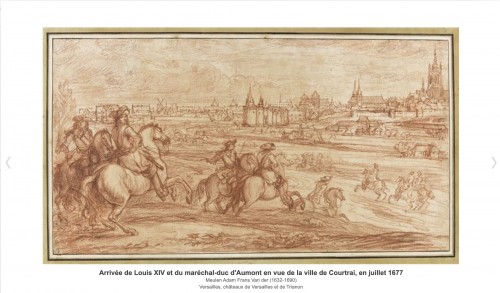 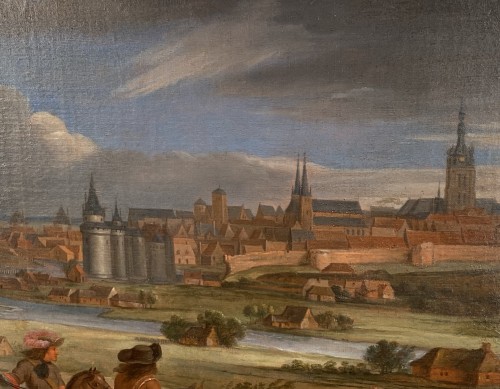 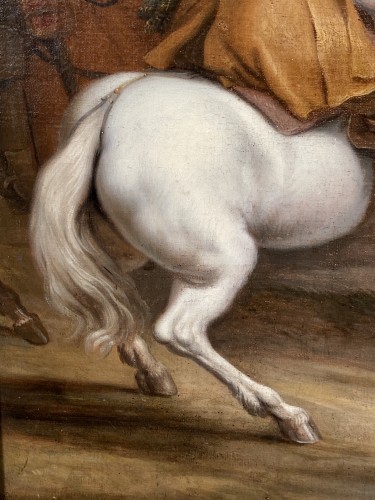 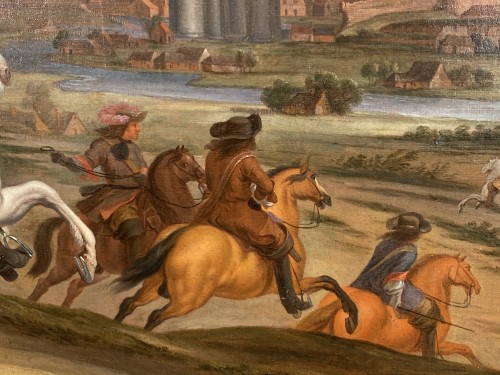 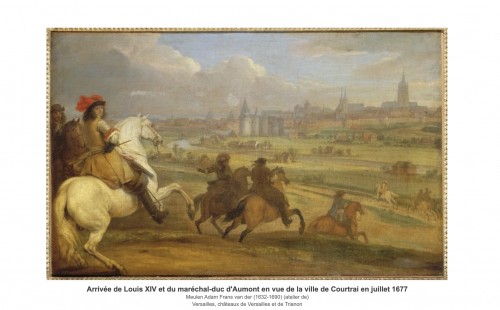 Rare oil on canvas depicting King Louis XIV and Marshal D’aumont in front of the siege of Courtrai.
The view is taken from a hill overlooking the Lys, and offers us a rather ingenious plunging perspective.
The battle takes place under a stormy sky in accordance with the historical narrative and depicts King Louis XIV directing operations and exulting his troops as they prepare to invade the city.
As shown by the royal horse, which barely stops its course, the scene is sketched from life.
Positioned to the left, the king dominates his subjects, he is the only one to be presented in full light.
Richly dressed in a doublet embroidered with gold and embellished with braid, he wears a feathered hat and wears a small mustache.
The representation is particularly neat, one can see the shine of the horseshoes, feel the softness of the velvet of his doublet or observe on the features of the marshal's face, the great attention he pays to the king's orders.
In the background, the view of the spectator is drawn to the great plain below where the city of Kortrijk stands.
Here too the painter gives us many details with great care and we can clearly see the castle, the Church of Our Lady with its two towers, the Church of St Martin and the luxurious houses of the Beguinage of St Elisabeth in the city of Kortrijk.

Provenance: Collection from the north of France

Sanguine kept at the Palace of Versailles (Inventory No. MV 8656)

Our work is the result of a preparatory study for the tapestry of the history of the king, which traces the great battles of the beginning of the reign of Louis XIV.
It should be noted that at the start of his career Van der Meulen worked mainly for the Gobelins factory under the direction of Charles le Brun.
As part of a team of several artists, he was responsible for painting horses, an area in which he excelled.
The young king particularly appreciates these compositions crunched on the spot where he illustrated himself as the absolute leader, which is why he appointed the young Flemish "painter of the king's conquests", thus allowing him to accompany him on several campaigns, during which he carries out a number of sketches, views of cities, landscapes, various studies.
The crown will order workshop copies of this series from him to serve as door covers in the various royal residences.
The Palace of Versailles retains a workshop version very close to ours as well as a red one which is probably the preparatory study of this composition.
Although the work we are presenting is attributable to the workshop, it seems obvious to us that it was carried out by several hands, with a possible participation of the grand master for the mount and the figure of the king.
Indeed, the spontaneity, the nervousness of the white horse in action as well as the subtle palette of colors employed are quite characteristic of the talent of designer and colorist of Van der Meulen.
Our work is a very beautiful decorative canvas particularly alive, it is also a moving historical and architectural document. 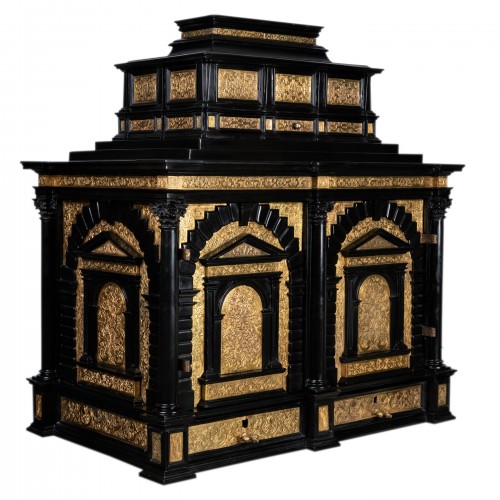 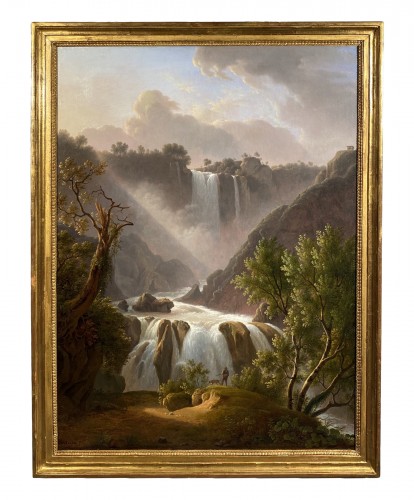 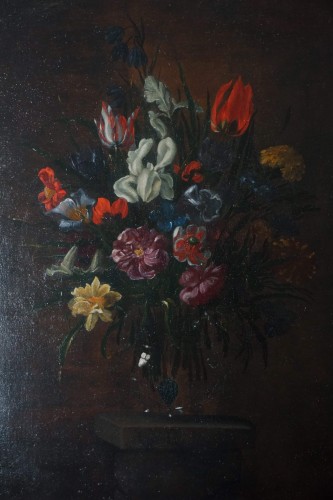 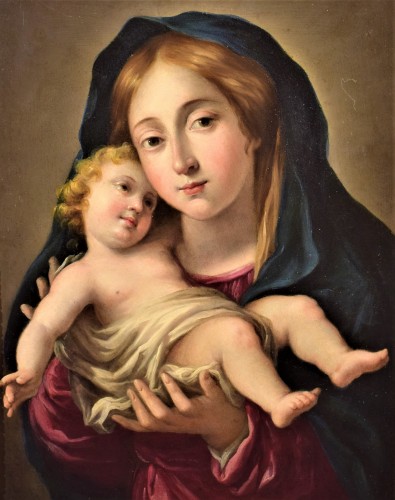