An artist of exceptional talent, José Ignacio Luis Echenagusia Errazquin, better known as José Echena, was one of the foremost Basque painters of the nineteenth century, along with his contemporary Eduardo Zamacois y Zabala (1841-71) as well as his pupil Ignacio Zuloaga y Zabaleta (1870-1945). Working in both oils and to a lesser extent watercolours, his repertoire of subjects was varied ranging from genre and religious scenes to those depicting life in the Orient, which were all admired for their array of detail, depth of colour and fluidity of brushwork. Although the date of his birth varies (sometimes cited as 1845) we know that he was born in the historic town of Hondarribia on the north Spanish coast, close to the French border and that he came from a moderately wealthy family. Having shown an early talent for drawing, he began his artistic studies aged fourteen at the Royal Seminary at Bergura.
However four years later he was working in a governmental office in Burgos after which he then moved to Bilbao where he supported his artistic studies by working for the Tudela to Bilbao Railway. The outbreak of the 3rd Carlist war in 1872 curtailed this venture and thus after briefly taking part in the defence of the city he then moved to Bayonne in south-western France. From there he travelled to Paris owing to his interest in the French artist Jean-Louis-Ernest Meissonier (1815-91) as well as the Catalan painter Mariano Fortuny y Carbo (1838-74), both renowned for their Oriental as well as genre and historical scenes.

When one of Echena’s aunts died in 1875, he was left a considerable fortune which enabled him to travel further south to Italy. He spent a brief period in Venice, where he was able to admire the work of Venetian Giovanni Battista Tiepolo (1696-1770), whose grand theatrical and brilliant coloured historical, mythological and religious scenes were to have a strong influence on the young Basque artist. From Venice, he then gravitated to Rome where he settled in 1876 and quickly became a member of a circle of Spanish painters who had also moved to the Italian capital. José Villegas Cordero, a member of the circle, was unable to pronounce his friend’s long Basque name; he therefore shortened it to Echena, which the artist himself soon adopted as his usual mode for signing his work.

While in Rome Echena produced a number of jewel-like compositions sometimes depicting soldiers and courtiers, much in the tradition of Meissonier. At the same time he executed a number of genial family groups, often showing an artist at work; among such examples is “En el Campo”, now in the Museo de Bellas Artes in Bilbao.

In addition Echena began painting an outstanding series of Oriental views of which the present oil demonstrates his infinite ability in describing life in the Middle East. Here we see a typical view among the bazaars, with a husband seated outside in the brilliant sunshine and at the same time we can glimpse into the interior above, where his wife tends their baby. Colourful pottery plates and a jug are lined outside on the pavement while above, cast in shadow, are other items for sale including sandals and jewellery – all of which are perfectly described and united by a sound composition and a strong sense of chiaroscuro, colour and line.

In 1882 Echena returned home and soon found work designing heraldry and costumes for the Holy Week procession in addition to creating a mural of Christ at Calvary for the Church of Santa Maria. One of his most ambitious works, “The Arrival at Calvary” depicted Christ at Golgotha (now lost) was awarded a medal at the Madrid International Exhibition in 1884 and was subsequently engraved by Goupil & cie. The following year the large multi-figural oil was shown in London at the Messrs. Graves and Co.’s gallery in Pall Mall when it was praised by many critics such as that for the “Magazine of Art”, who in 1885 described it as “a work of remarkable cleverness, audaciously conceived, and wrought in parts with great technical skill.” Later, he executed murals for the Chavarri Palace and Foral Delegation Palace, Biscay that show the influence of Tiepolo.

By the early 1890s, Echena was back in Rome where, apart from occasional visits to Venice and Florence, he remained up until 1912 when he died from malaria. While in Rome he opened an art gallery and became a teacher at the Academia Chigi, counting among his pupils Ignacio Zuloaga y Zabaleta, Ignacio Díaz Olano (1860-1937 and Alberto Arrue (1874-1944). By then he was recognised as one of the most popular artists of the day, whose work was very much sought after and was bought many collectors including the English novelist Charles Dickens and various royal households. Today one can find examples of his work in various collections including Bizkaiko Foru Aldundia-Diputación Foral de Bizkaia, Bilbao, the Museo de Bellas Artes de Bilbao as well as the Museo San Telmo, Donostia-San Sebastián and the collections of Gipuzkoa Donostia Kutxa-Caja Guipúzcoa and Gipuzkoako Foru Aldundia-Diputación Foral de Gipuzkoa at the Donostia-San Sebastián. In addition he is represented at the Museo de Bellas Artes de Álava, Vitoria-Gasteiz; the Museo de Euskal Herria, Gernika-Lumo (Bizkaia) and the Santander collection in Madrid. 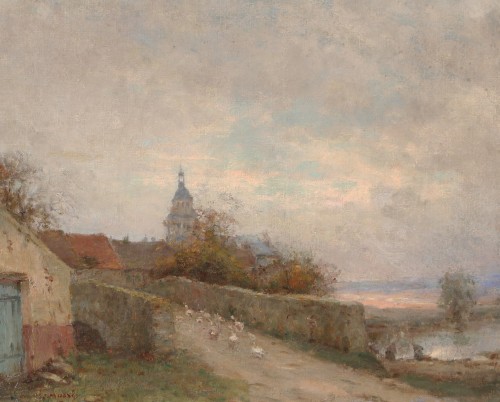 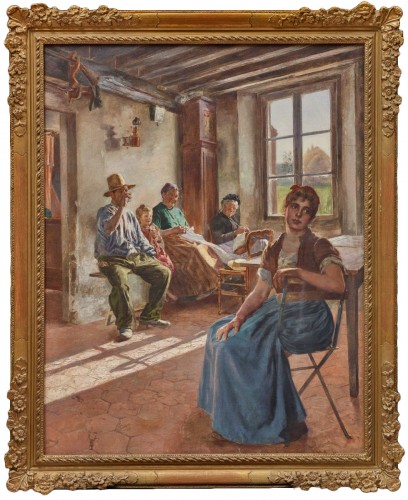 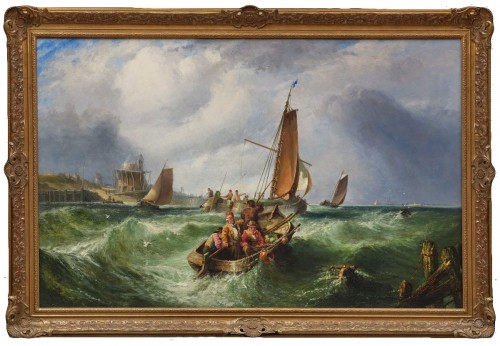 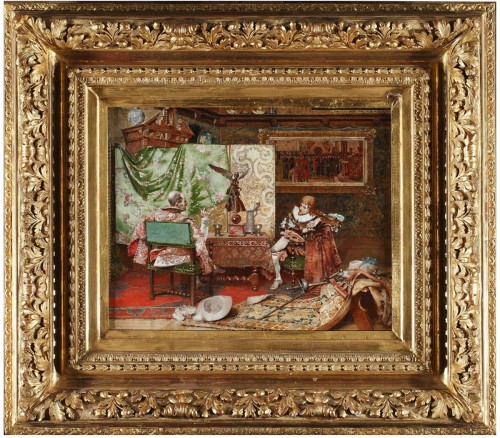