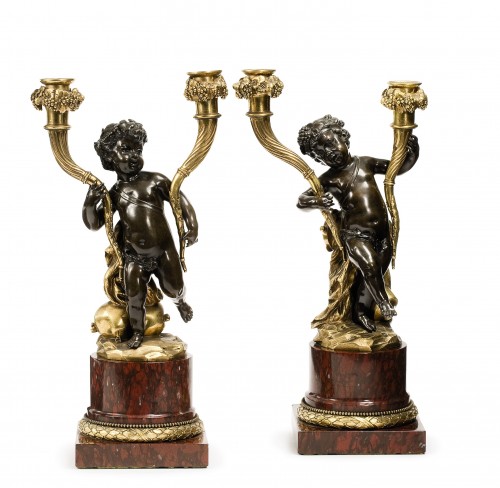 A beautiful pair of Louis XVI patinated and gilt bronze figural candlesticks attributed to Louis-Félix de Larue after a design by the celebrated sculptor, Clodion each with a naked young Bacchus wearing a crown of grapes and vines holding in each hand a gilded spiral fluted cornucopia with grapes and vine leaf socket, each figure standing upon a rock, one with vase, tambourine and goatskin by his feet, the other with goatskin and sack, both upon a circular rouge marble plinth with gilded laurel band on a square rouge marble base

Despite differences in details, the subject, animation of the figures and contrast of gilded and patinated bronze bear close comparison with a candlestick of 1780 by Louis Félix de Larue (b. 1720 or 1731 d. 1765 or 1777) after a design by Claude Michel Clodion (1738–1814), illustrated in Hans Ottomeyer and Peter Pröschel, “Vergoldete Bronzen”, 1986, p. 210, colour plate XXVIII. The latter portrays a young Bacchus seated upon a rock holding curved foliate and berried gilded candle branches.

The design for these specific figures was copied a century later by Eugène Bagues of Paris. In 1880 Bagues published illustrations of these models, ascribed to Clodion, along with a figural clock portraying ‘Génie de la Guerre’. A copy of his illustrated advertisement, in the Musée des Arts Décoratifs is reproduced in Ottomeyer and Pröschel, ibid. p. 422. 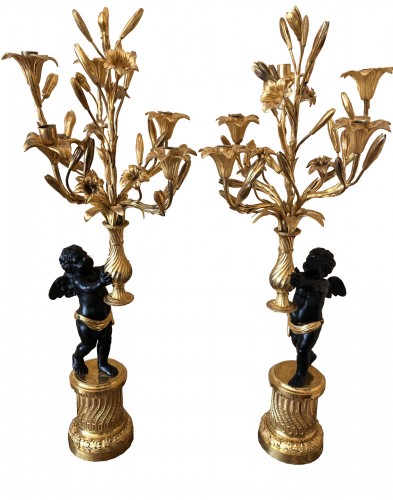 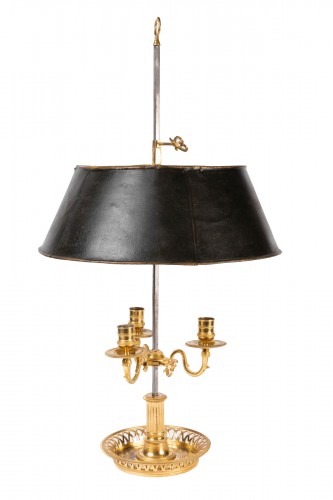 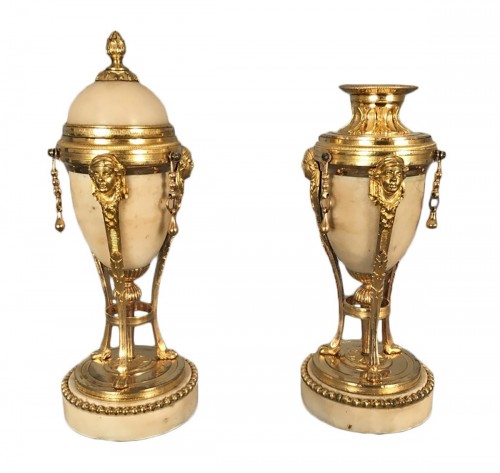 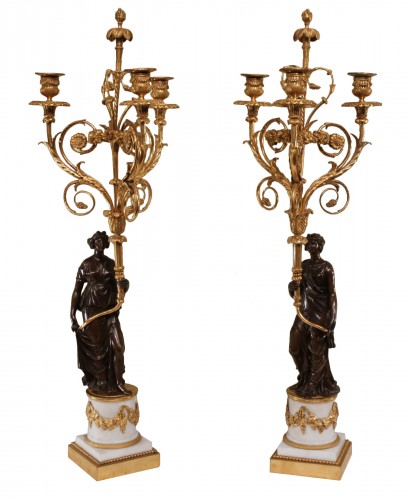