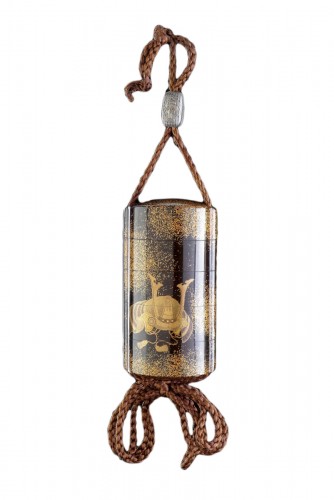 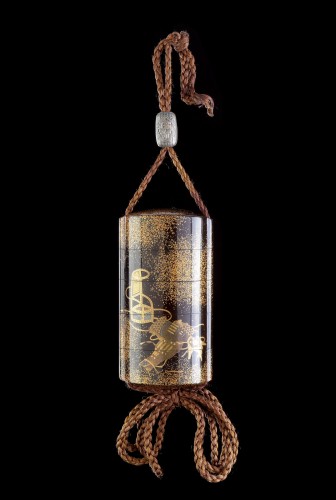 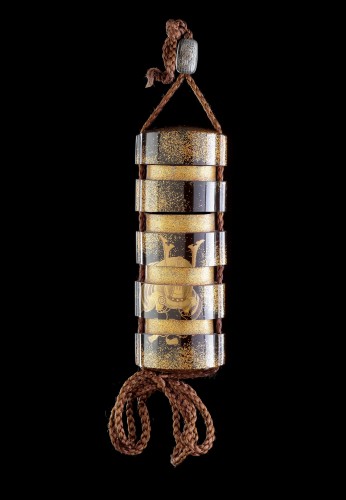 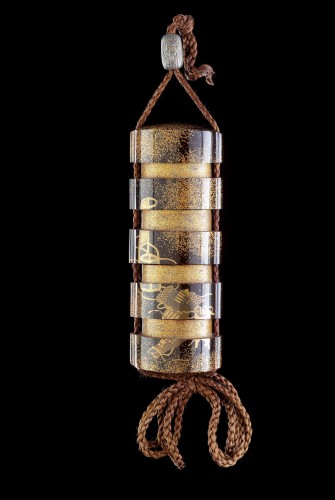 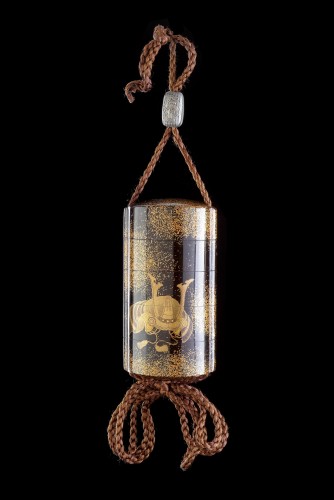 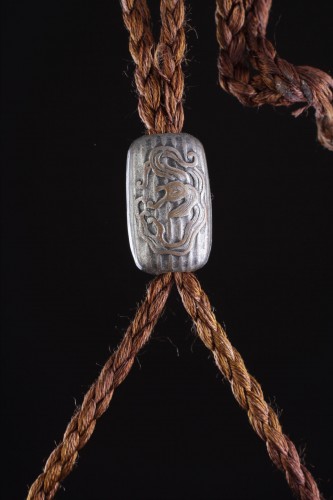 A Fine Japanese Black Lacquered Four Case Inro Decorated with a Samurai Helmet ‘Kabuto’ to one Side and a Court Cap ‘Eboshi’ Laying Together with a Pair of Samurai Armoured Gauntlets ‘Han Kote’ to the other the Roiro and Mura-Nashiji Ground Decorated with Gold and Silver Hiramaki-e with Details Inlaid in Aogai
With Silver Copper Ojime
Kanshosai Toyo
Signed in raised gold lacquer: ‘Kanshosai with Kao’
Late Edo Period Early 19th Century

The original functioning of the inro was as a box for holding a seal which was later divided into two in order to carry the ink wadding as well. First developed in the 16th century, by the 17th century they had more compartments and often carried an assortment of medications like a small ‘Yakuro’ or medicine chest.
The most characteristic of Japanese lacquering techniques was ‘maki-e’ which literally means ‘sprinkled picture’ and the essence of maki-e is that the design is sprinkled in metal dust, usually gold or silver from a bamboo tube onto a coat of still wet lacquer which has been painted over a previously applied and dried lacquer ground. The artist Toyo lizuka who frequently used the name Kanshosai was a lacquer master who working from 1764 to 1772 specialised in togidashi, especially sumi-e-togidashi. This technique was used by lacquer artists to simulate the effect of Ukiyo-e prints as they sought to exploit the immense popularity of woodblock prints during the 18th and 19th centuries.
Toyo lizuka was succeeded by several related generations of artists who made inro and who adopted his name. 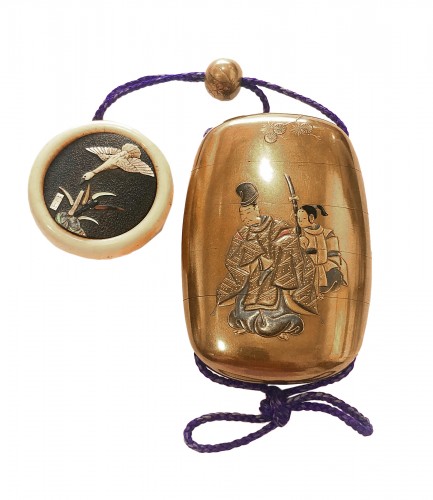 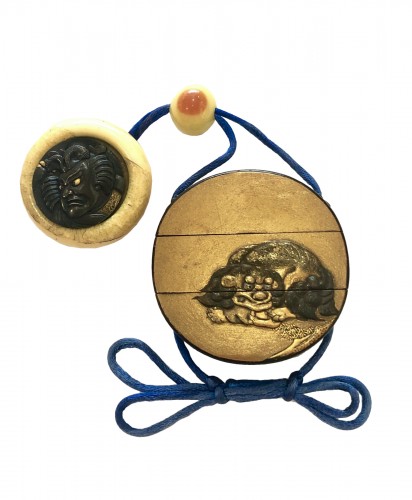