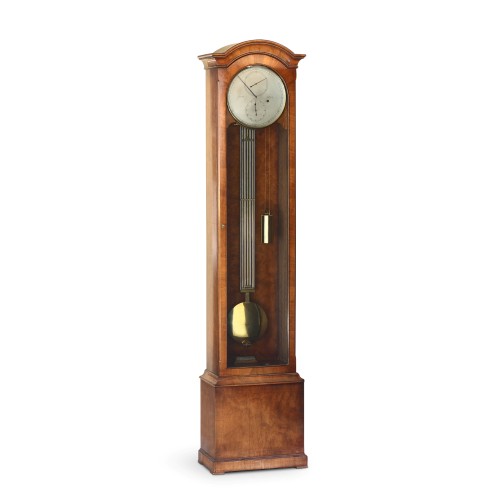 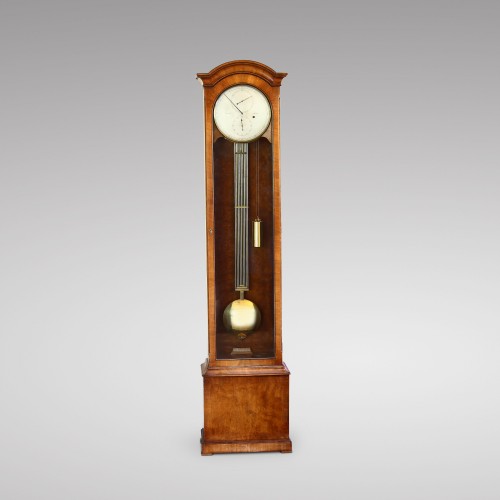 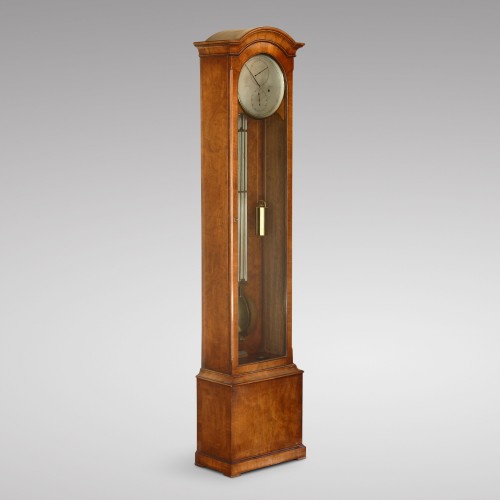 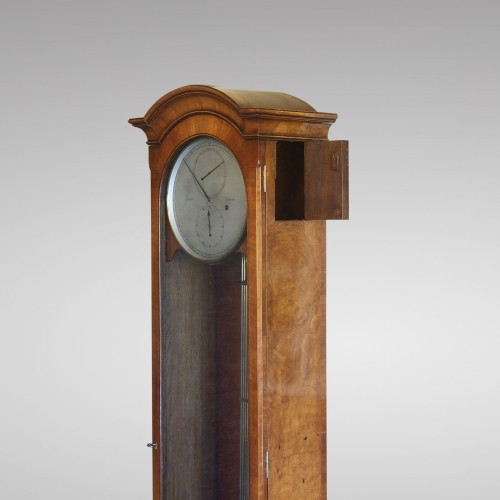 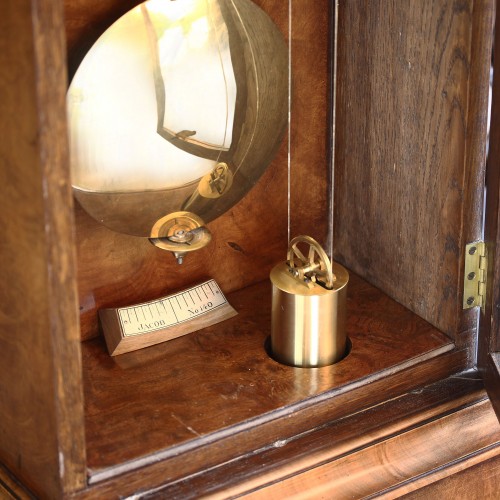 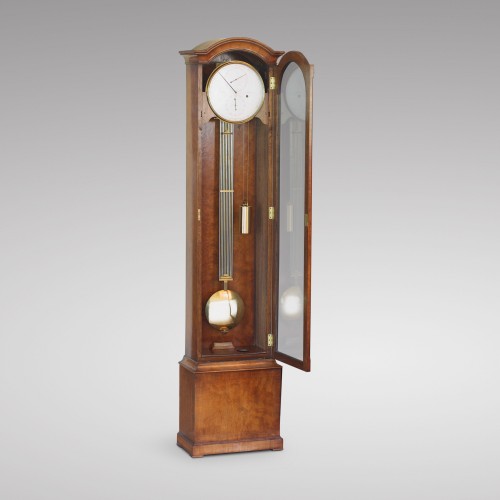 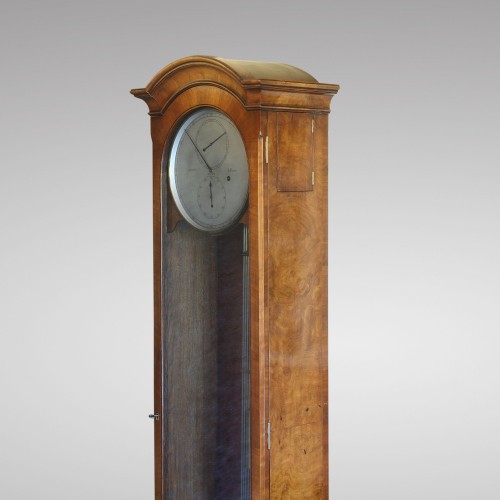 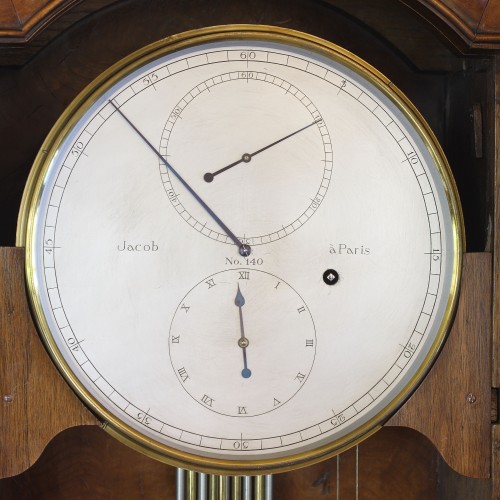 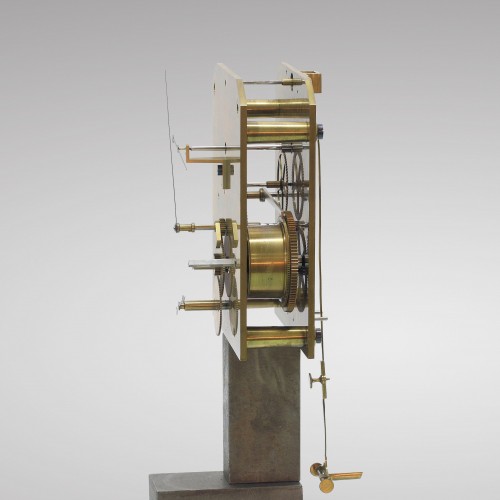 French Restoration-period (circa 1830) small floor-standing regulator signed “Jacob à Paris N°140” on the dial, on the rear escape wheel bridge and on the graduated scale below the pendulum.
Walnut ansd walnut veneer case, silvered brass engraved dial of the typical scientific regulator fashion; the large dial indicates the minutes, the upper subsidiary for the seconds and the lower subsidiary for the hours.
Precision movement with massive plates and pillars, Graham escapement with low amplitude, the escape wheel situated at the rear for ease of access and adjustment, powered by a single weight with half-sunk pulley and fine gutline, maintaining power on the barrel, autonomy of three weeks.
Interesting details to be noted: a counterweight on the minute wheel cannon pinion for better balance, and a circular hole in the base of the case, allowing a longer course the weight and thus a longer autonomy.
Nine-rods steel and brass grid-iron compensated pendulum with polished brass heavy pendulum bob.

The parisian Jean-Aimé Jacob (1793-1871) was one of the most reputed clockmakers of his time, specially known for his marine chronometers and precision regulators. He is also known to have supplied a large number of completed escapements for Breguet’s own chronometers. He exhibited a complicated astronomical clock at the Rouen exhibition of 1856 and founded an important workshop in St-Nicolas d’Aliermont. 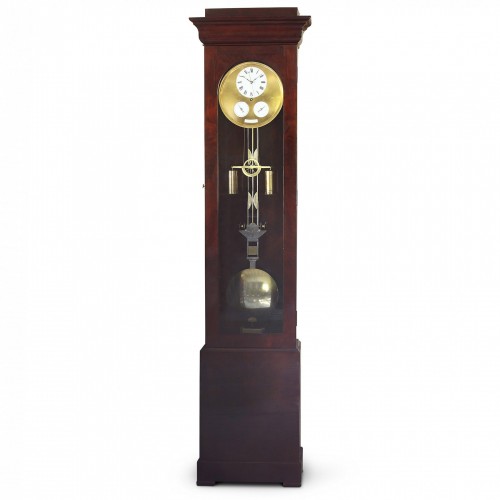