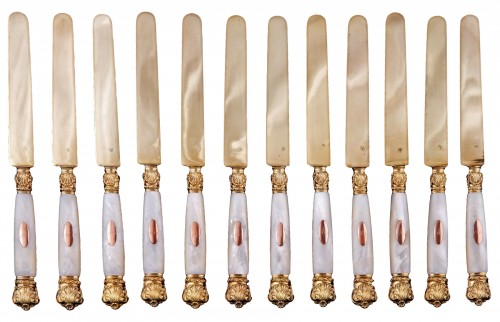 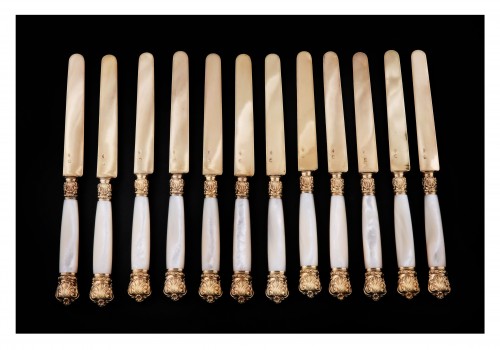 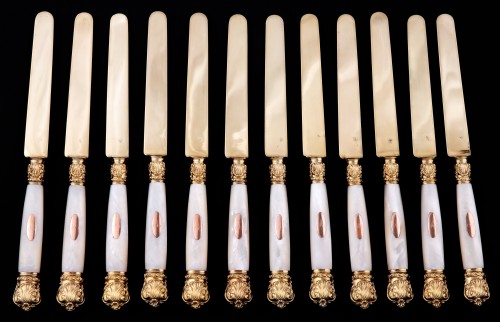 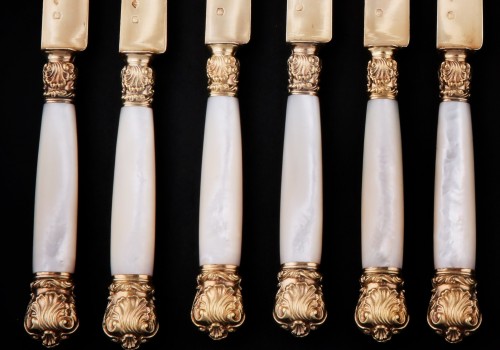 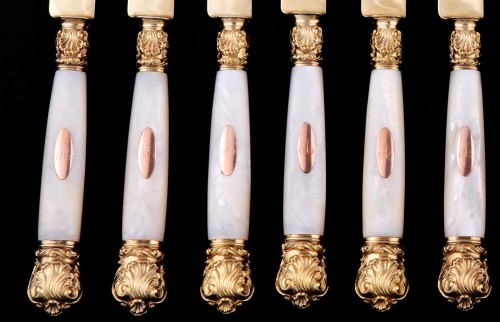 Splendid set of twelve gold plate silver 950 / 1000e dessert knives, mother-of-pearl handles enhanced with an oval rose gold medallion engraved with the monogram A. The ferrules, also in vermeil, are decorated with stylized shells in the fashionable style at the time of King Louis XV.

Beginnings of the 19th century.

QUEILLÉ is a dynasty of goldsmiths manufacturing silverware and tableware from the 19th century. The house will experience an extraordinary longevity of almost a century during which it remains owned by the family. The original mark "an ancient train between the initials PQ" will know only tiny variations during the whole life of the company.
QUEILLÉ house is founded by the spoon maker Pierre-François QUEILLÉ, who register his mark in 1808 and continued his activity until 1834.

He was succeeded by Pierre-François QUEILLÉ II, cutler, who register his mark on October 23, 1834. Installed at 70 Faubourg Montmarte in Paris, his hallmark was crossed out on November 27, 1846.

Eugène QUEILLÉ, goldsmith, takes over the workshop and registers his mark on February 11, 1847. He settles at 8, rue Saint-Roch-Poissonnière.

In 1874 the QUEILLÉ were installed at 11, rue des Petits-Carreaux, in a goldsmith district.

They continue the original activity of the company until 1895, when the workshop is taken over by Antoine LAPARRA. 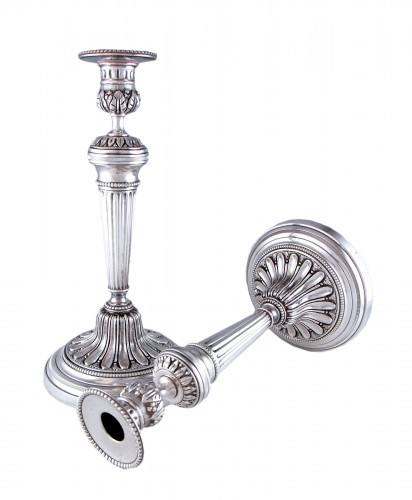 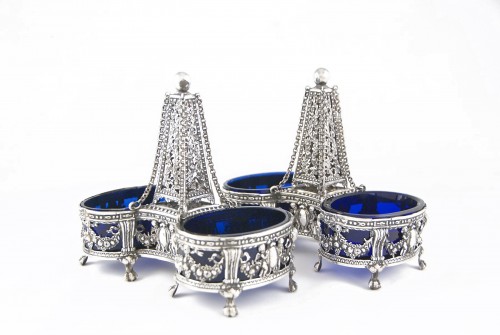 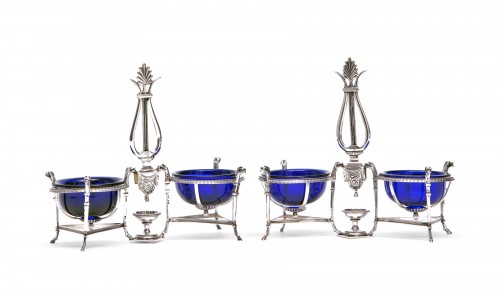 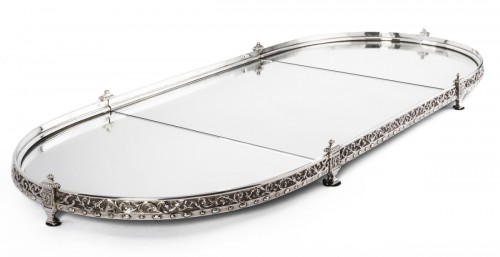 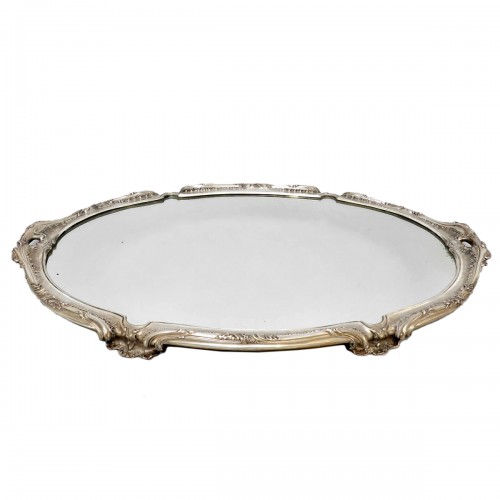 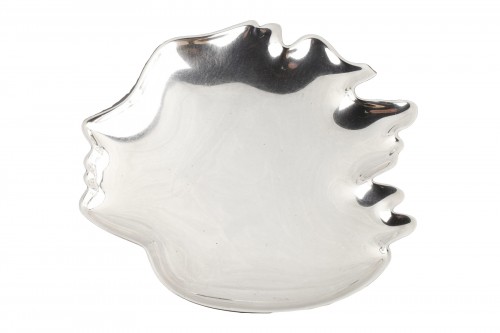 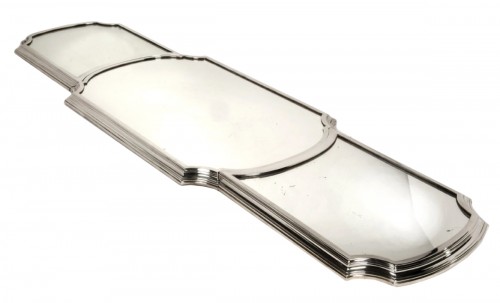 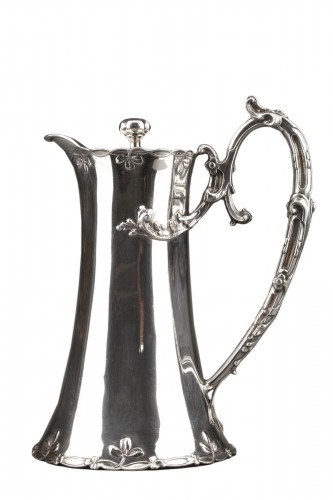 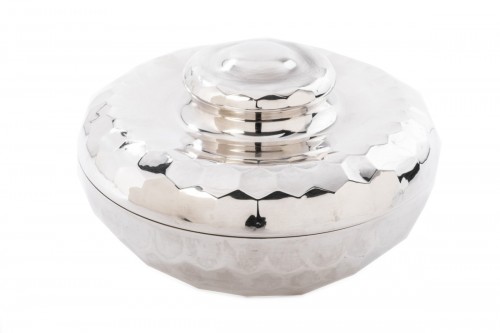