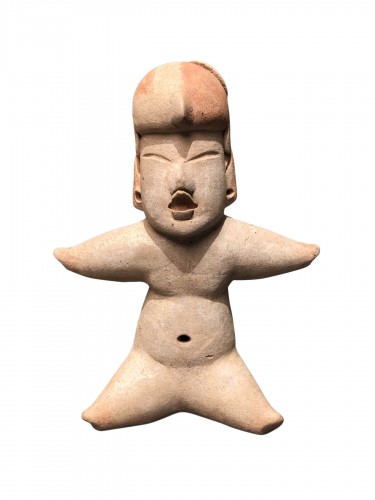 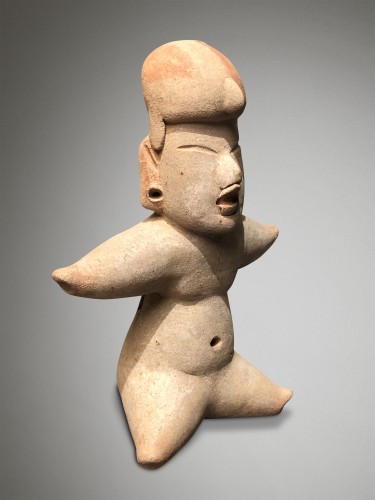 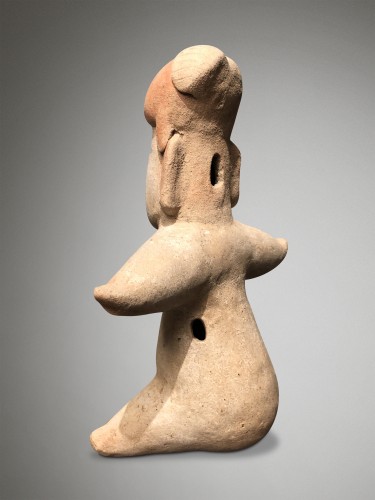 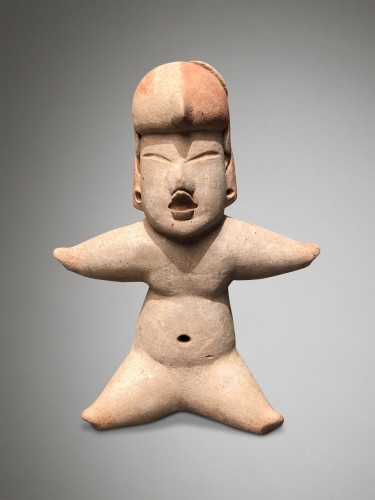 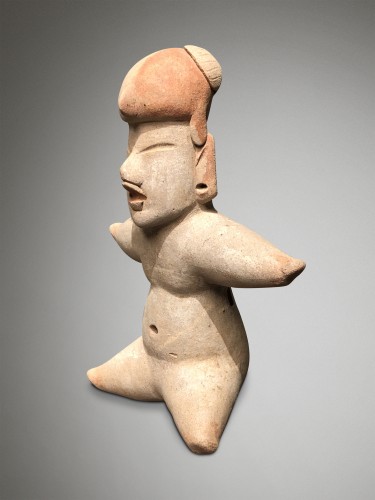 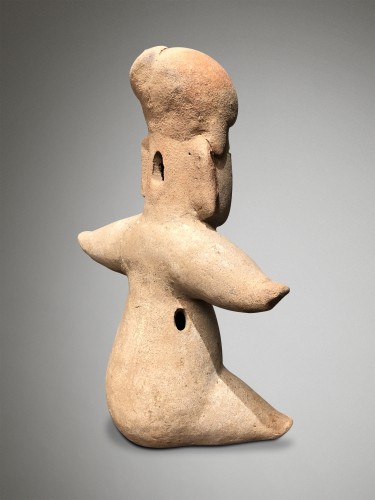 Condition : good condition
Object sold with a certificate of authenticity and a thermoluminescence test.

The character above belongs more specifically to the corpus of Baby Faces, representing naked, asexual and plump babies, most often seated, whose chubby face however displays adult features and a pouting expression, and very often singular characteristics evoking the jaguar.

With great vitality, this baby rests on his buttocks. His legs are wide open and his arms, longer than the latter moreover, are stretched horizontally, with the hands raised, a singular posture giving the feeling that he is seeking his balance or that he is trying to fly away. He wears a protective helmet on his head, embellished with traces of red paint, matched with a point on the front and topped by a ridged cap.

This cap conceals a deformity that flattens the forehead and lengthens the cranium.

The shape of the mouth and eyes is also a reference to the jaguar, a privileged theme of Olmec religious iconography.

Beyond the face, which focuses attention, the body is compact and collected, with that monumentality, including the scale of small figures, which characterizes many Olmec sculptures. We generally find the chubby shapes specific to newborns.

The bulbous arms echo the legs, which are also short, thick and tapered. The hands and feet are not clearly shown. The waist, very high, is narrow. The juvenile belly has a vent hole in place of the navel, allowing water vapor to escape during cooking and preventing the clay from bursting under pressure. 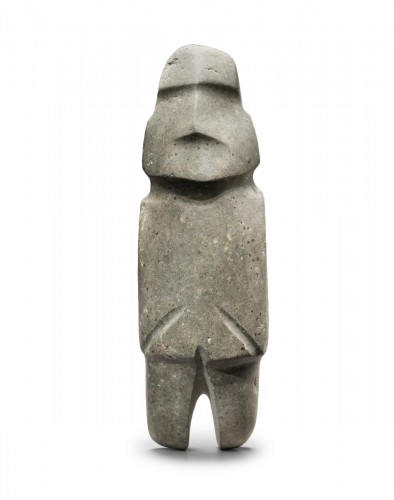 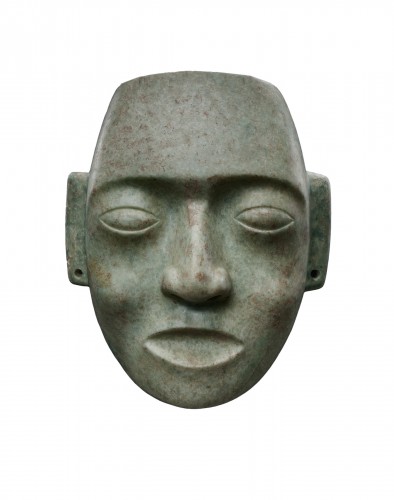 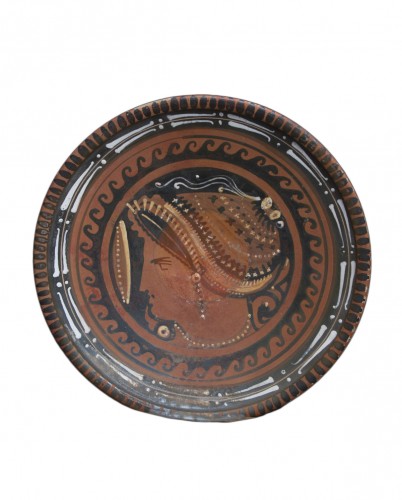