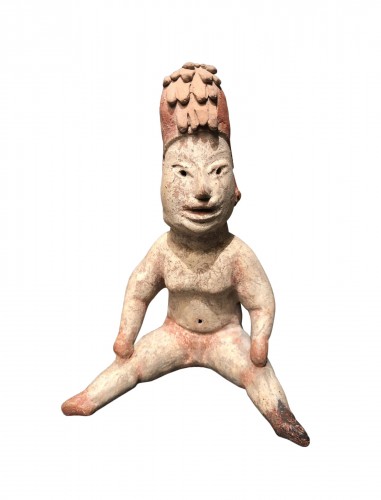 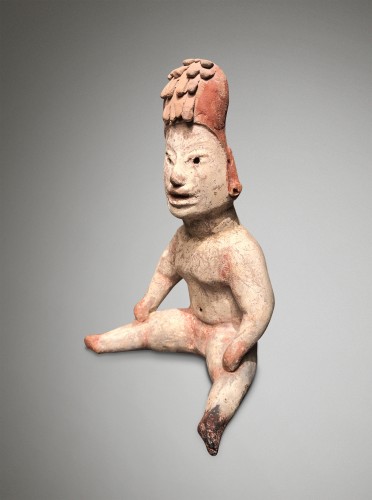 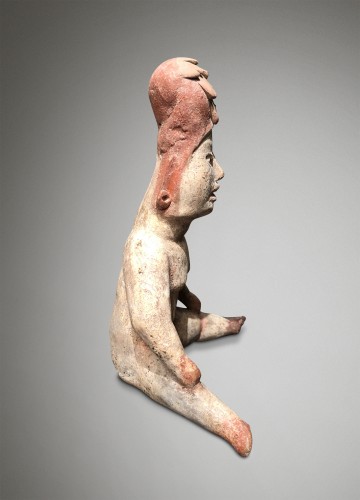 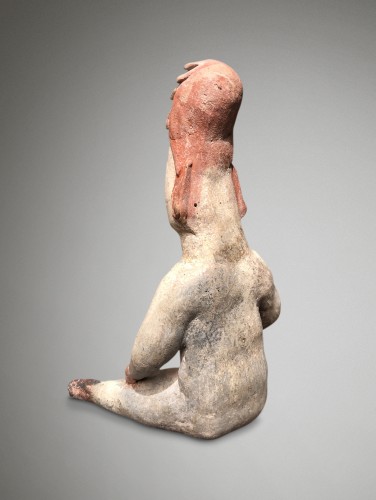 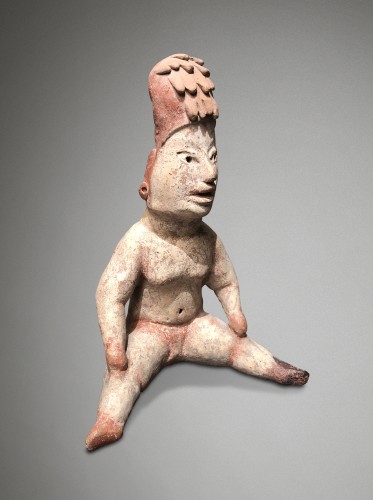 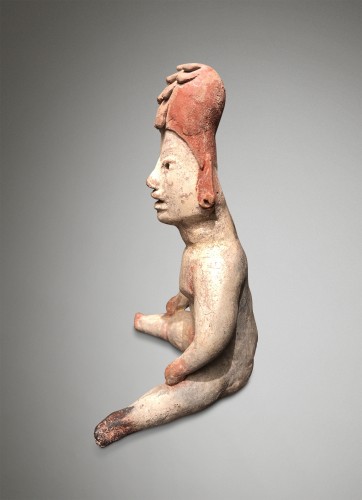 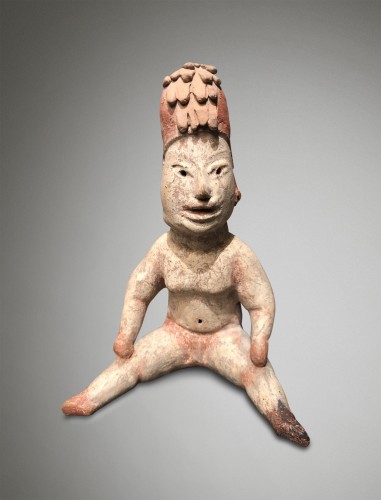 Condition : Excellent condition
Object sold with a certificate of authenticity and a thermoluminescence test.


This charming figurine is a very fine representation, of exceptional quality, belonging to the body of Olmec-style terracotta statuettes, attached to the archaeological site of Las Bocas in central Mexico.

The delicacy of her features, the accuracy of her proportions, the flexibility and balance of her posture and the gentle serenity that emanates from her face, make her a masterpiece, both technically and visually, testifying that as of the Preclassic period, the ancient Mexicans had achieved remarkable dexterity in working with clay.


The presence of an elaborate headdress conforming to the shape of the skull and adorned with what appear to be wicks - even feathers - superimposed, as well as discs adorning the ears, indicate that this figure is of high rank. These details, uncommon on Olmec statuettes, generally without any sign of belonging to a social class, contribute to the rarity of this piece, produced, almost 3000 years ago.

As we can see in particular in profile, the head presents a strong cranial deformation, reflection of an ancestral custom in Mesoamerica.

The face is animated by two slanted and oblique eyes, the pupils of which are perforated, resulting from the modification of the head which accentuates the oval of the face and considerably flattens the forehead. The rather slim nose presents a long and fine ridge, slightly slanted, and a pretty rounded tip. The mouth is parted, and the lips are sensual and hemmed. The chin is short, and the lower jaw is broad and flat.

The head, turned slightly to the left, placed on a broad neck followed by broad and drooping shoulders. The arms are spread apart due to the posture of the body slightly leaning forward. They end with round hands, not detailed, placed on the thighs at the knees.

The torso supports an emerging chest which suggests that this character is a woman, although the Olmec statuettes are in principle asexual. This hypothesis is reinforced by the delicacy of the facial features which give off a soft femininity. The stomach has a small hole at the navel and is slightly overweight. The hips and crotch are hollow and form a V, contrasting accentuating the volume of the stomach and thighs.

The legs placed on the ground are wide open. Wrapped in the upper part, they become thinner as you get closer to the ankles to end in two rounded feet, facing outwards, with the sole visible.