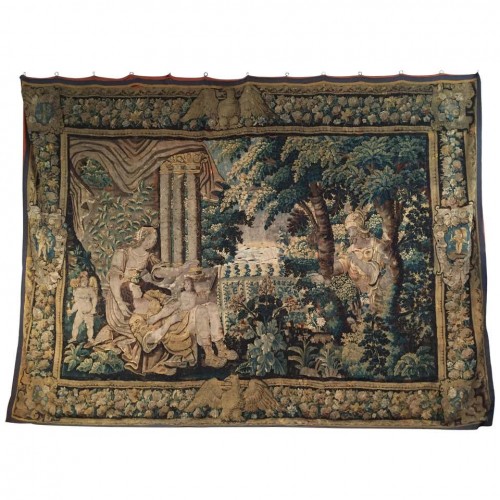 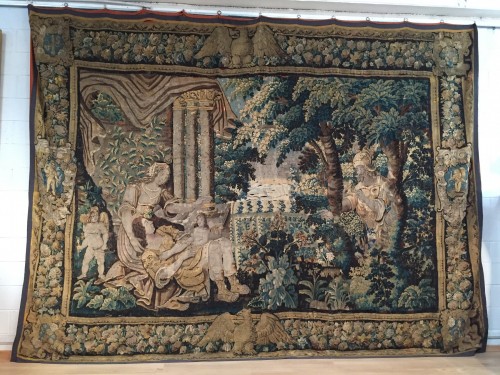 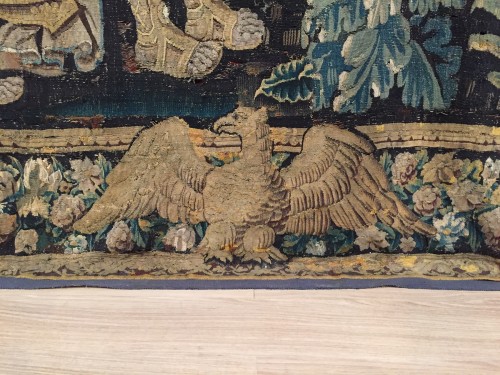 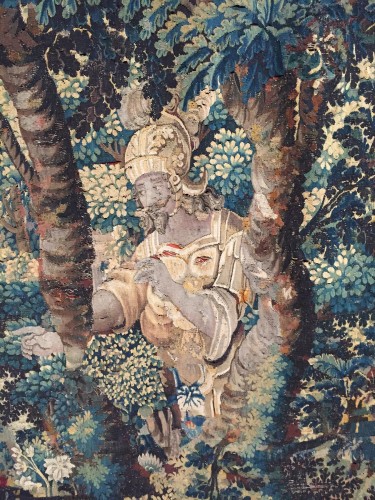 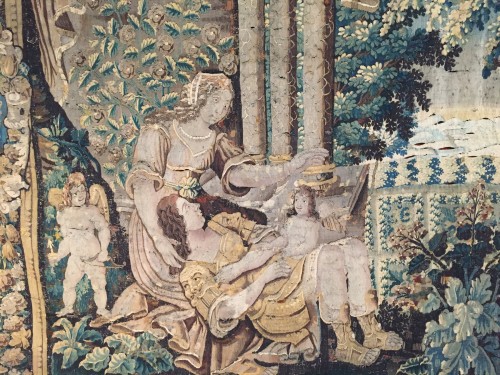 The beautiful and precious tapestry, of fine workmanship and made with wool yarns, was made in the 16th century in Flanders. It presents stylistically close to the works produced by the Brussels manufactory in which you can find comparable chromatic balances and borders with flowers and fruit. Inside a rich border with flowers and fruit, interspersed with cupids and eagles, there is described a scene from ancient mythology.
The tapestry, a form of textile art, has a very long tradition and in Flanders knows the peak of its evolution and its artistic quality between the thirteenth and fifteenth century. Flemish tapestries are prestigious works of art, masterpieces of elegance, commissioned by noble clients for their palaces. Since the beginning of the fifteenth century the most important centre of production is Arras (from which the Italian name derives: tapestry). Already in the second half of the fifteenth century there were other important factories in Bruges, Oudenaarde, Antwerp and Brussels.
From the second half of the 15th century and up to the 17th century. Brussels was the capital of European tapestry.
The success of the decorative tapestry is partly explained by its easy portability: kings and nobles could roll them up and carry them from one residence to another and were draped on the walls of castles for insulation during the winter, as well as for decorative display.

The iconography of most tapestries dates back to written sources such as the Bible and Ovid’s Metamorphosis; religious and mythological images are therefore the subject of many tapestries produced in this period.