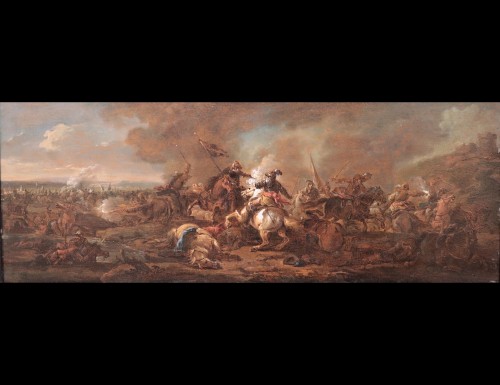 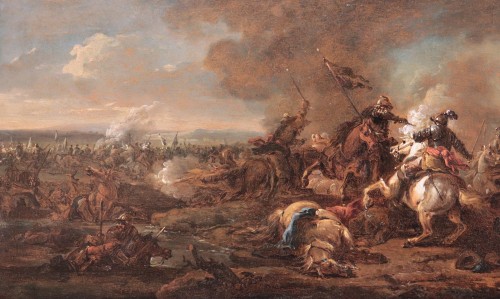 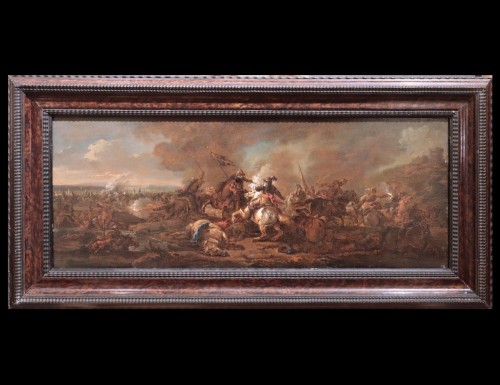 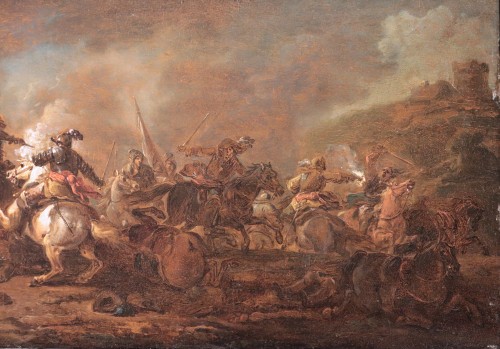 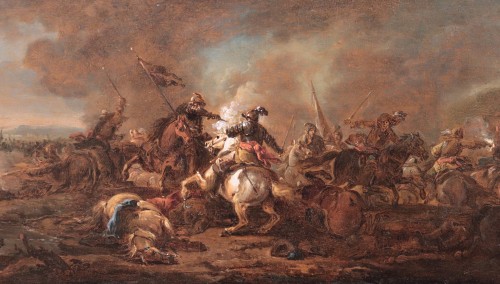 He can be considered an unsurpassed master of equestrian painting. In his lifetime he was greatly appreciated by collectors and contemporary painters, for the incisive naturalism with which he was able to represent horses, at rest and in motion, and for the accurate rendering of their riders, with their elegant outfits. But Philips began as a landscape painter, as a pupil of Jan Wynants, for whose paintings he painted the horses. He was also probably a pupil of fFrans Hals and Pieter Cornelis Verbeek. In the style of the latter are his first independent works, Landscapes of the surroundings of Haarlem, with few riders. His decisive maturity came under the ascendant of Van Laer, from whom he learned the techniques for perfecting and enriching his figurative samples and refining the exhibition taste of his compositions, in which the epicentre usually consists of a white or grey horse, emerging in the foreground. His great success is also testified by the number and value of his direct followers, as well as his imitators. His direct followers were his brother Pieter and Emanuel Murant. 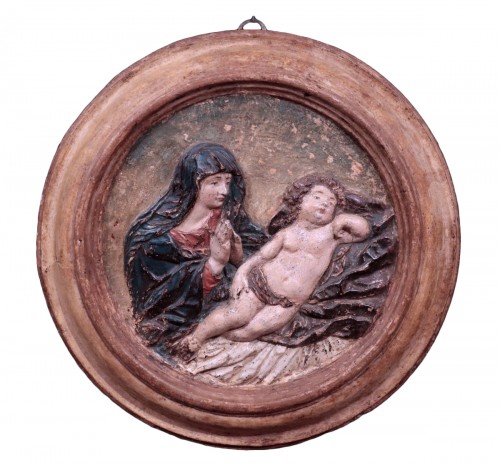