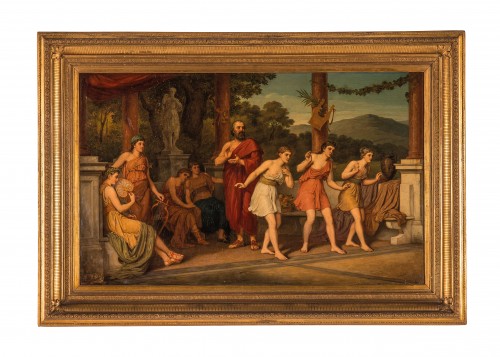 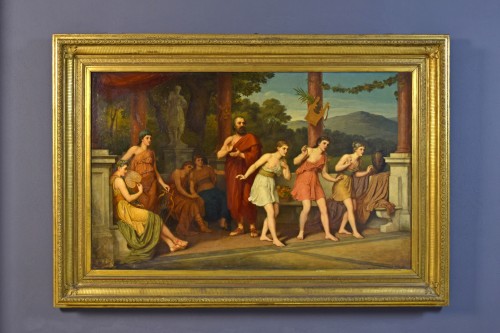 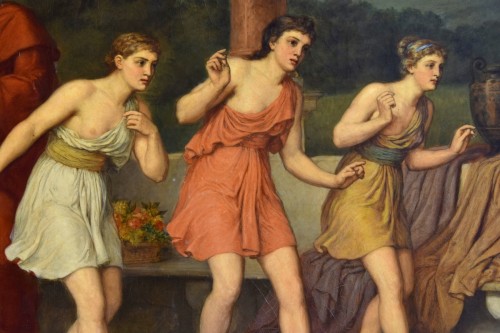 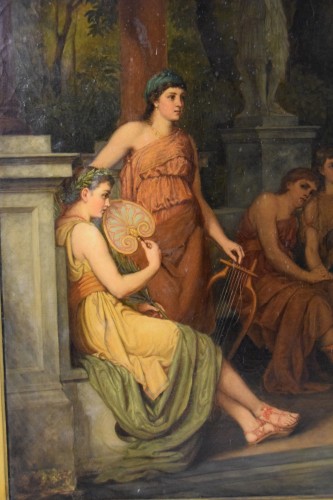 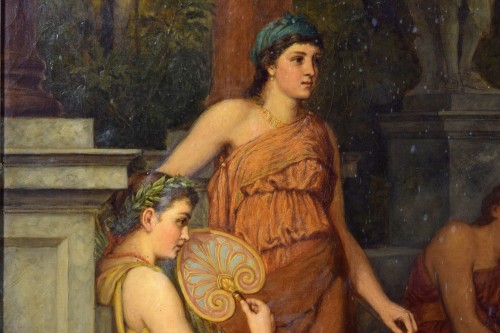 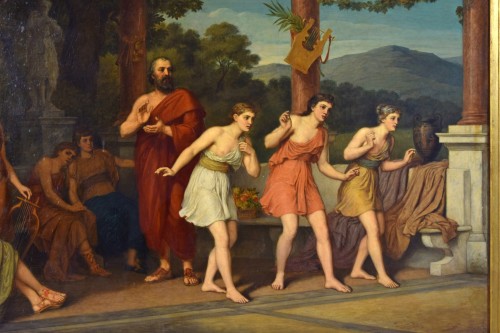 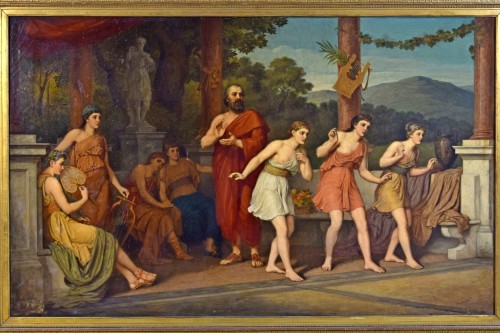 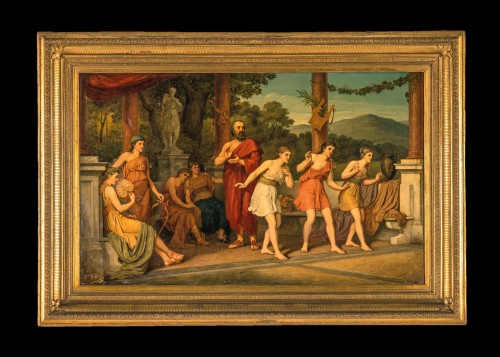 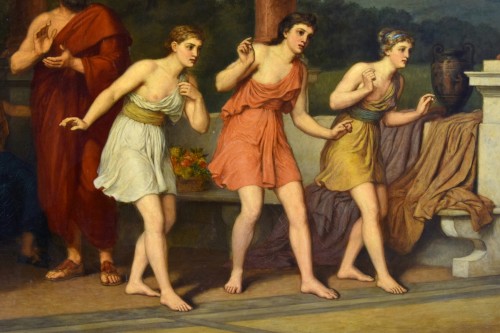 18th century, Oil on canvas, signed at the bottom left

The painting, of remarkable dimensions and of great decorative effect, represents three girls intent on dancing while a man marks the time clapping his hands. Around the scene, other women observe participants; one holds a zither in her hand, while another one waves a fan. The scene takes place in an open-air space, of classical taste, adorned with a colonnade and marble statues. The scene would seem to be the moment dedicated to music and dance during a symposium in ancient Greece.
Near the Greeks and Romans, the symposium was that convivial practice, which followed the banquet, during which the diners drank, sang songs and dedicated themselves to entertainment of various kinds, including dance.
Extremely pleasant subject of neoclassical taste. 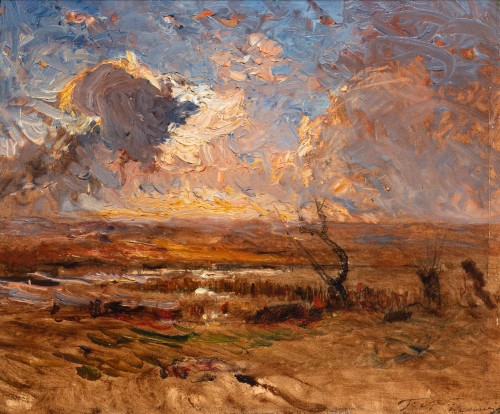 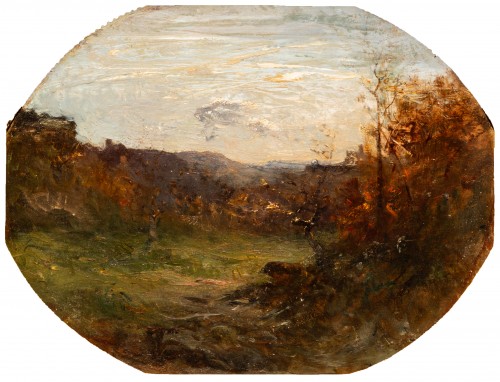