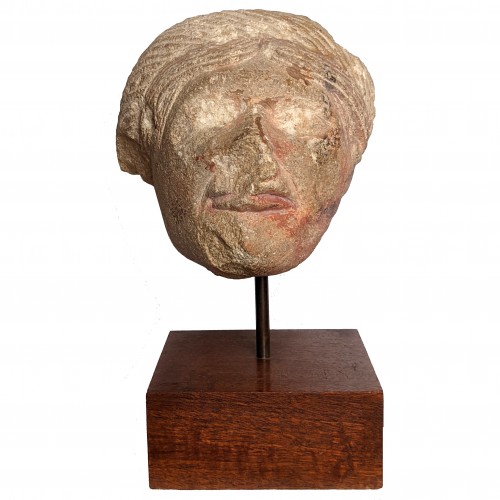 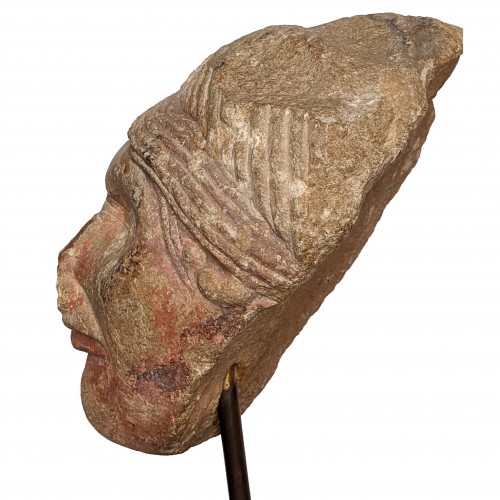 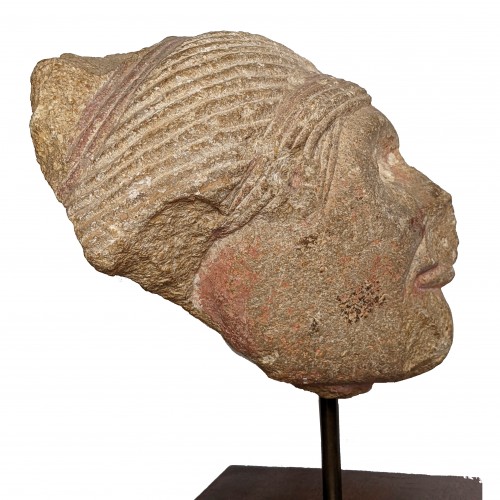 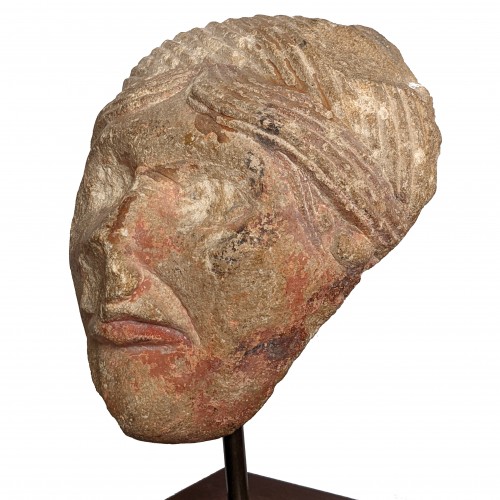 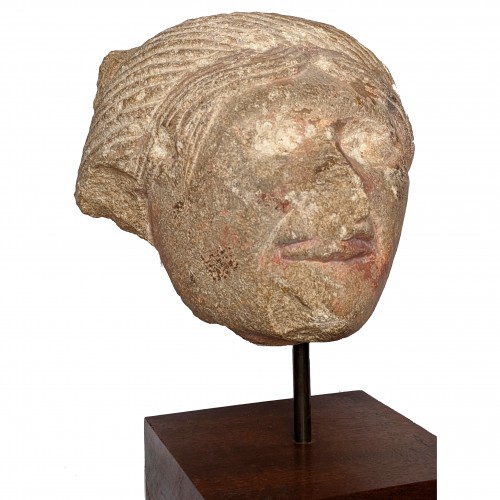 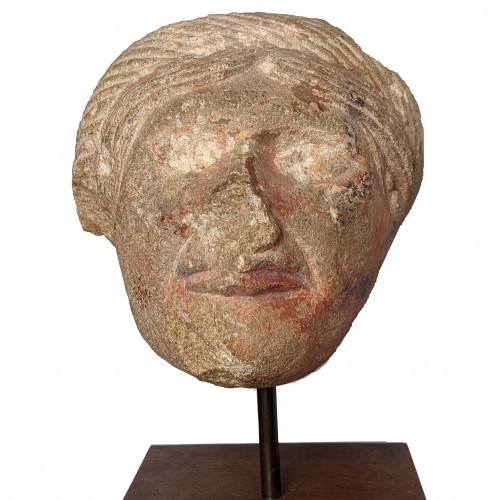 This head, which shows traces of polychromy, is similar to the modillions on the cornice of the Gothic bays of the Notre-Dame-de-la-Couture abbey church, particularly the first bay. The triangular face, the strong chin, the mouth close to a beak and the very marked nasolibial furrows are absolutely similar, indicating a common workshop. The outer walls of the nave of St Julian's Cathedral also show closely related heads. All of these sculptures date from the modernization of the two buildings, at the end of the 12th century, especially around 1180 after the great fire of Le Mans, which will see their partial reconstruction in Gothic style, not devoid of romanesque archaisms, particularly in sculptures.

Our head has been the victim of voluntary mutilations, especially in the eyes. If one considers that the current state of ND-de-la-Couture's inner modillions is close to the original state, with almost hypnotising painted eyes giving them an apotropaic character, one can explain the vandalism that struck this head.