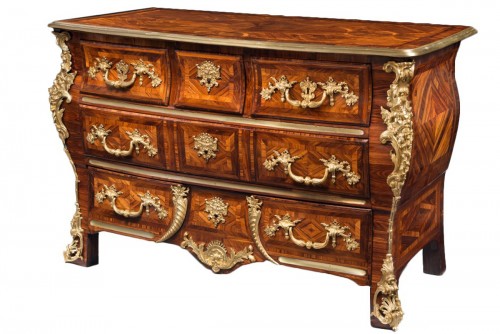 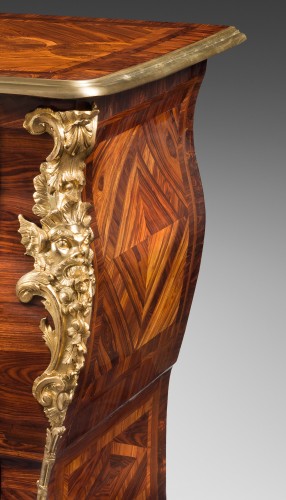 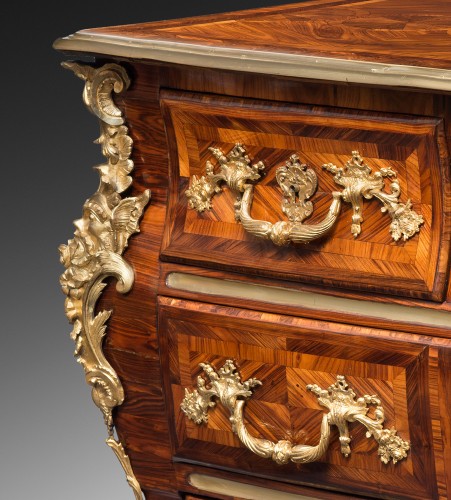 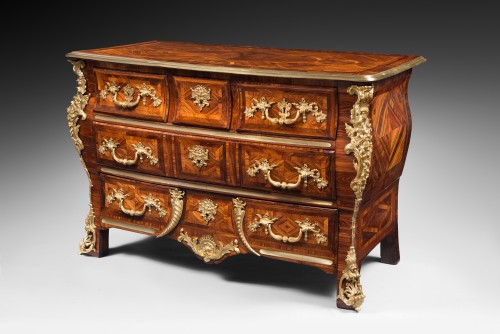 This superb commode was made in Paris around 1720, between the reigns of Louis XIV and Louis XV.
On the front are four drawers and three rows separated by large grooves. It is called “sarcophagus” because of the shape of the commode. It flares upwards on the front and the sides. This shape is reminiscent of the Louis XIV commodes by André Charles Boulle. However, this commode is statelier when it comes to its plateau.

Starting in the Régence Period, plateaus started to be made of marble and became widely used in Paris. Commodes like this one, where the plateau is wooden and has complex geometric marquetry, are very sought after.
The bottom row of this commode has a central recess which adds additional volume and decor but is at the same standard as the bronze details and the marquetry. The term used for this central recess is commode à pont. We find this specificity on sarcophagus commodes, but much more rarely on commodes with a marquetry plateau.
The kingwood marquetry is of very high quality with the sides and the plateau adorned with various geometric decoration. The front has a very beautiful curly decor in multiple frames.
Finally, it is worth it to admire the bronze details as they are rich, varied, and of exceptional quality. The carving is fine, very advanced, and detailed for this period where we often see bronzes that are not as finely carved. In particular, the corners and feet on the front of the commode were designed and made to measure.
The state of conservation of this commode is excellent. The bronze details, marquetry, and the inside of the drawers (made out of walnut) are all original. The commode has been restored according to the règles de l’art by one of the best cabinetmakers in Paris. 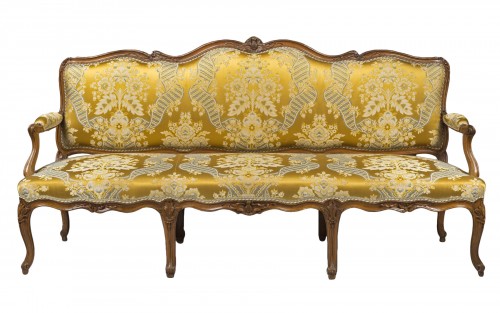 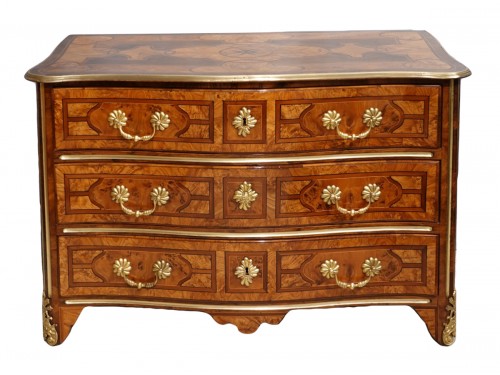 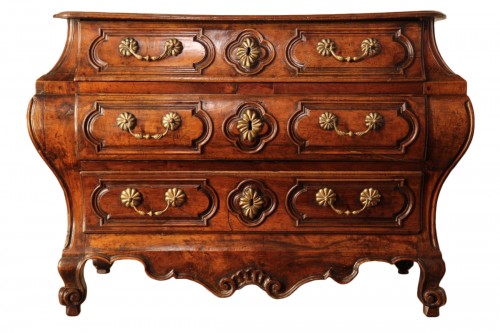 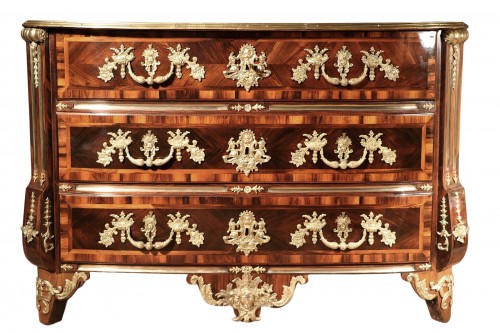 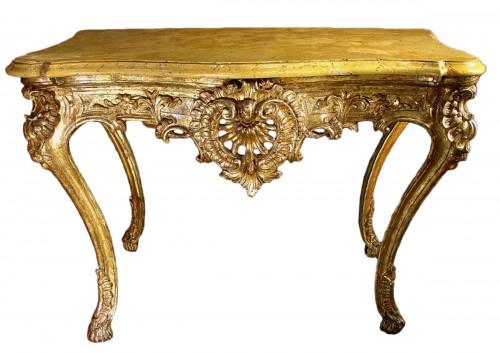