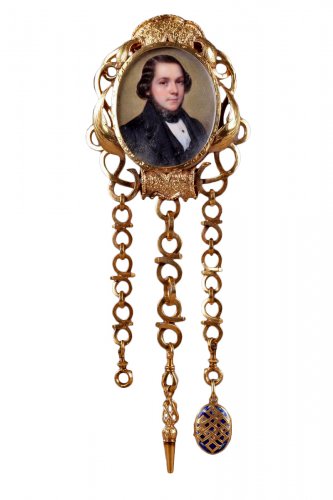 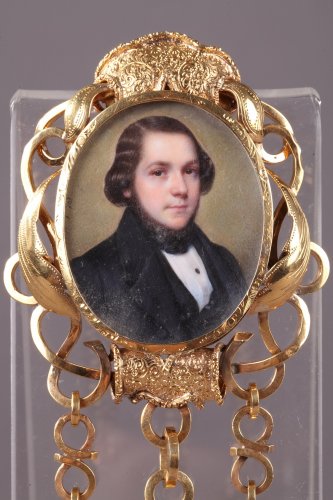 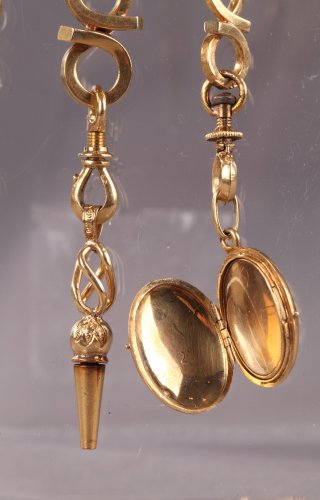 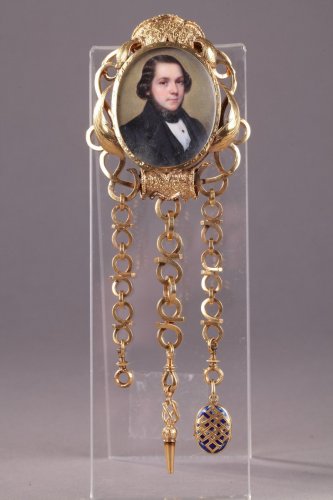 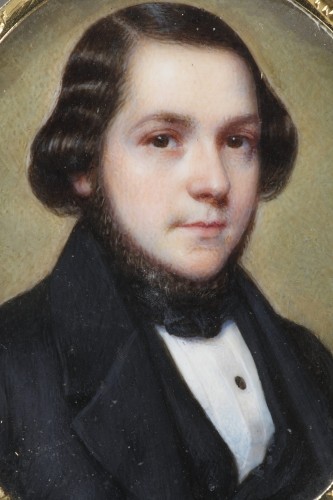 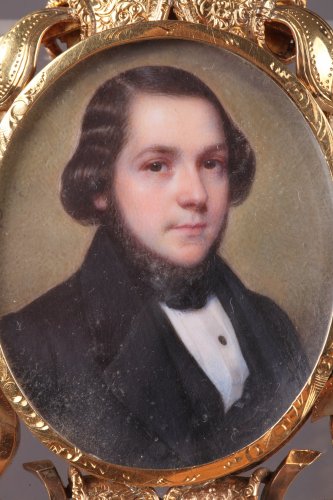 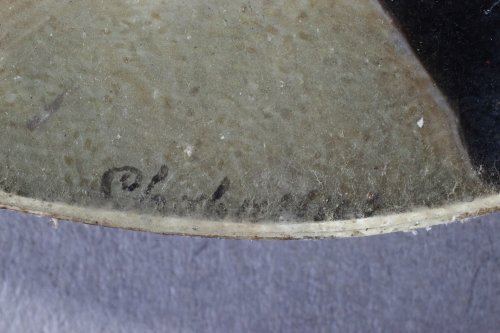 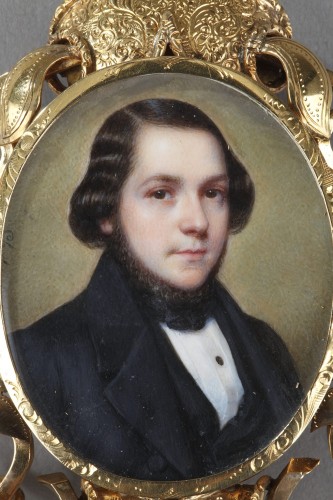 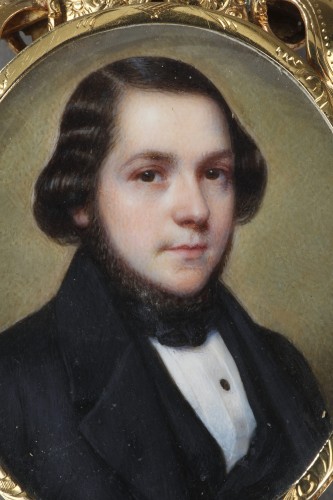 Gold chatelaine with a hook featuring an oval miniature set in intricately sculpted mounting with an interwoven ribbon motif. Three small chains descend from the mounting, one of which has a watch key, the other is attached to a gold medallion locket with blue enamel designs, and the third was used to hang a watch. The miniature is a portrait of a young man with sideburns wearing a suit, vest, and bow tie. The details on the portrait are intricate, with light reflected in the young man’s eyes, and the ensemble set on a brown-green background. The back of the miniature is covered with mother-of-pearl. Miniature signed: Chabanne.
Flavien Emmanuel Chabanne (1799-1864) was a miniature painter and engraver. He was admitted to the Beaux-Arts of Lyon, France, in 1844 and afterward worked in Lyon. He participated in numerous Paris Salons between 1831 and 1834, as well as in the Lyon Salon from 1826 to 1858. He gave character to his models who, for the most part, came from the bourgeoisie.