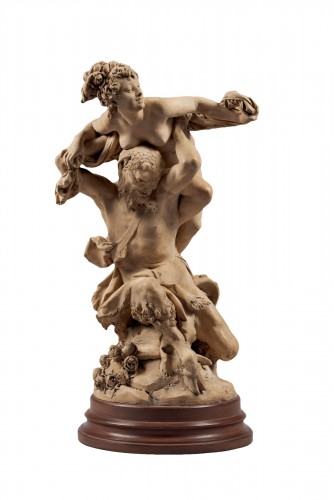 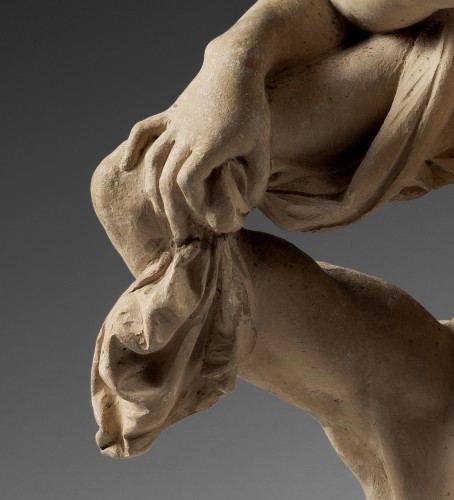 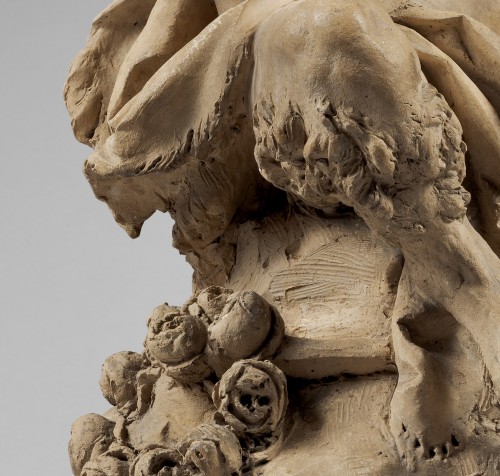 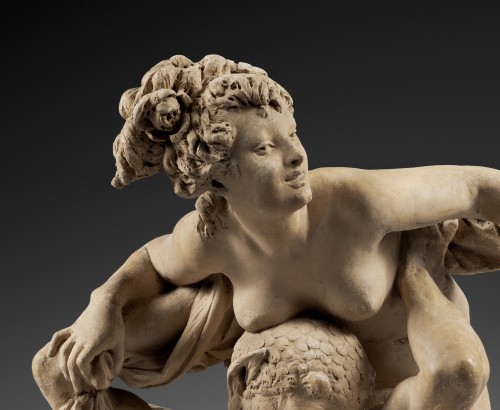 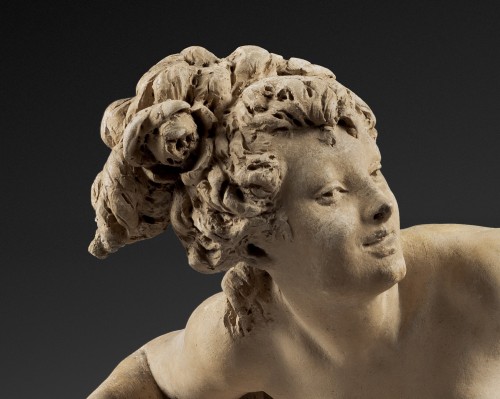 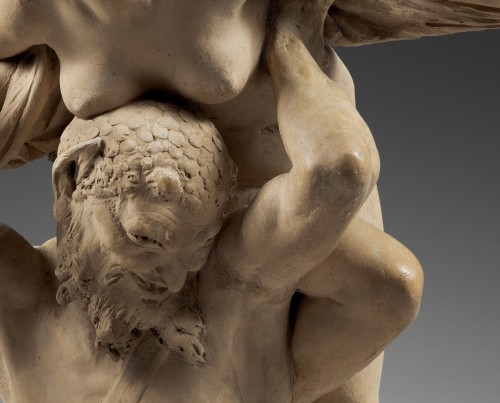 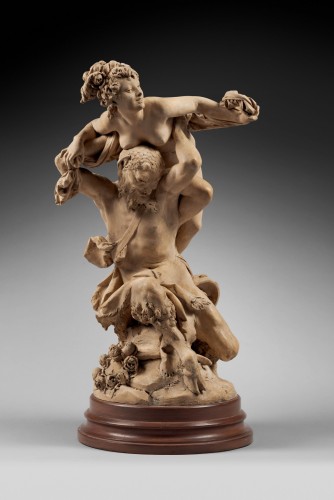 Albert Ernest Carrier-Belleuse, is one of the main French sculptors of the second empire. He was the master of Auguste Rodin who entered his studio in 1864. Napoleon III himself supported this great artist. In the middle of the 19th century, it was Albert Carrier Belleuse who brought the Italian Renaissance up to date. His work is present in the greatest museums of the world.

Admitted to the École des Beaux-Arts in 1840, his talent as a sculptor was noticed by the great founders of Paris such as Barbedienne and Denière; Carrier Belleuse then received numerous official commissions. The head of the French state, François Arago, commissioned a statue of "Mademoiselle Rachel singing La Marseillaise". Carrier Belleuse exhibited in 1851 at the Salon des artistes français. After a stay in England, the artist settled in Paris and was very successful in creating monumental marbles. Let us note "La Bacchante" acquired by Napoleon III, "Angelica" exhibited in 1866, "Le Messie" acquired by the State in 1867 to decorate the church of Saint-Vincent-de-Paul, "Hébé endormie" exhibited in 1869.

Carrier-Belleuse also created superb terracotta busts, inspired by 18th century artists such as Clodion. Carrier-Belleuse had the privilege of representing the greatest politicians and artists of his time, but also historical portraits and mythological subjects: Napoleon III, Arago, Thiers, Théophile Gautier, Delacroix, Daumier, Shakespeare, Mozart... This very prolific artist also participated in the facades of the most emblematic buildings under the reign of Napoleon III, in Paris and elsewhere: The Renaissance Theater, the pediment of the entrance to the Bank of France, the Paris Opera with his friend Charles Garnier, the Tremoid at the Louvre Palace, the Church of Saint Augustin, the City Hall of Paris, the Palais de la Bourse in Brussels, the Hotel de la Païva on the Champs-Elysées... We also owe him monuments such as that of Alexandre Dumas in Villers-Cotterêts, of Jean-Jacques Rousseau in Montmorency, of Masséna in Nice... From Bucharest to Buenos Aires, the talent of Carrier Belleuse is internationally admired for the monuments in which he participated.

Our terracotta is one of the great mythological subjects of Carrier Belleuse. It is a superb original terracotta sculpture made during the artist's lifetime, not to be confused with the many posthumous and worthless terracotta of identical or similar subjects. There are some reattachments (especially on the arm), but this terracotta has almost no posterior parts. The base is repainted. 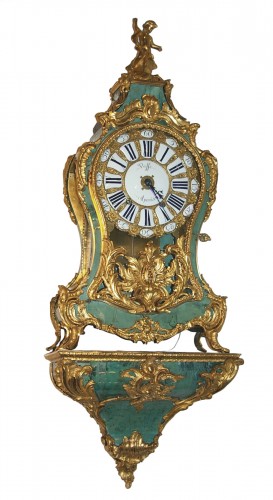 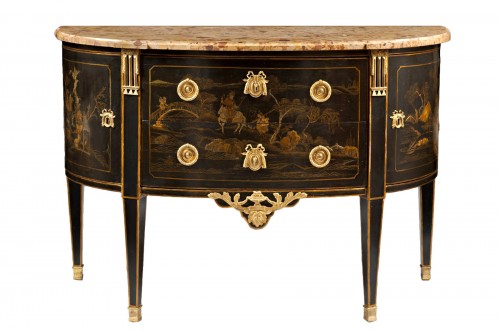 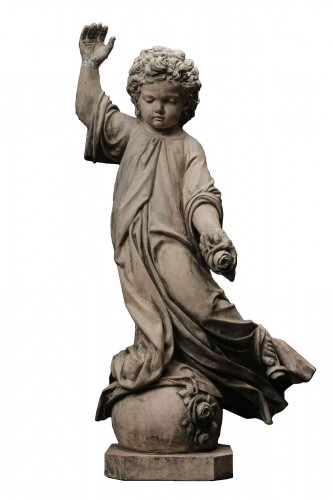 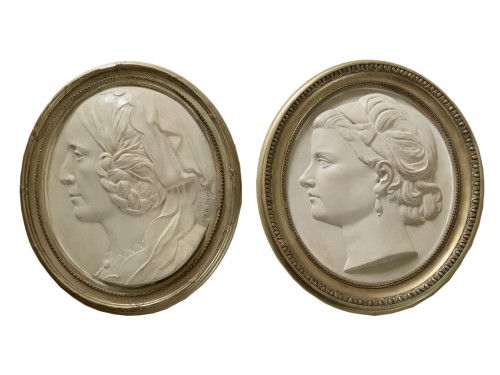 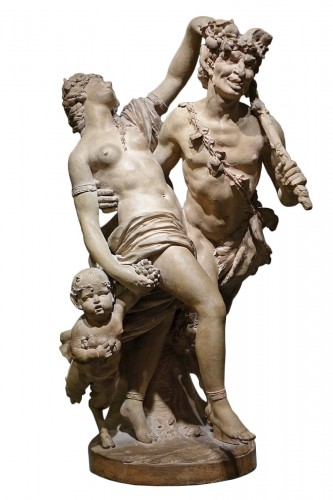 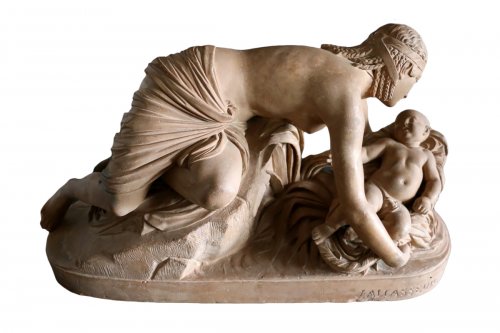