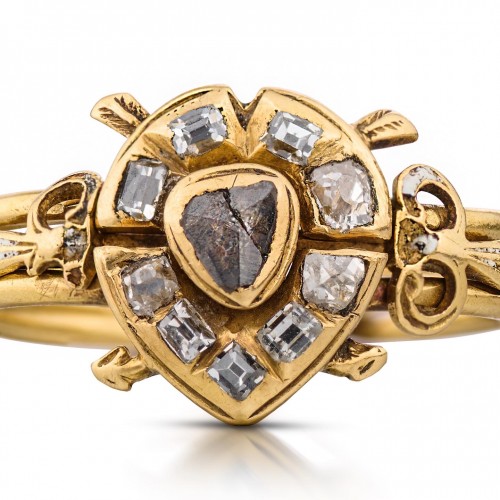 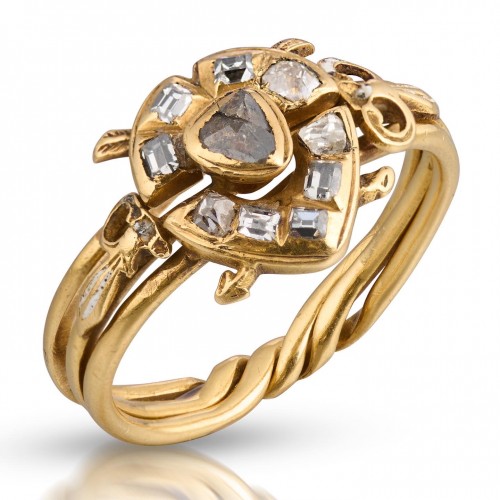 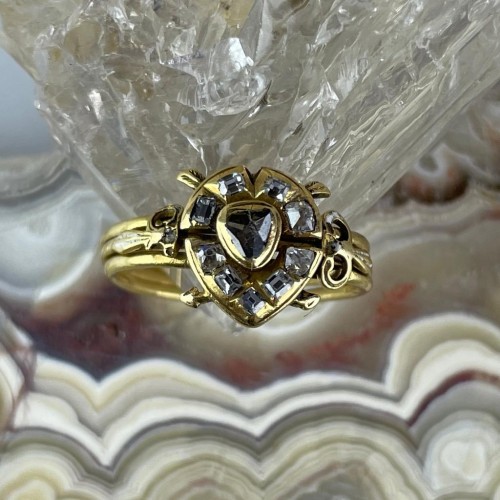 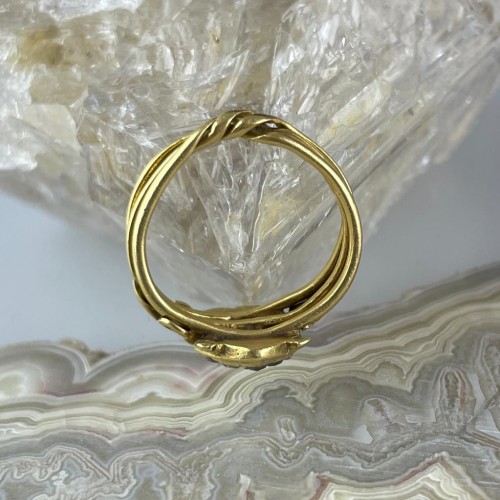 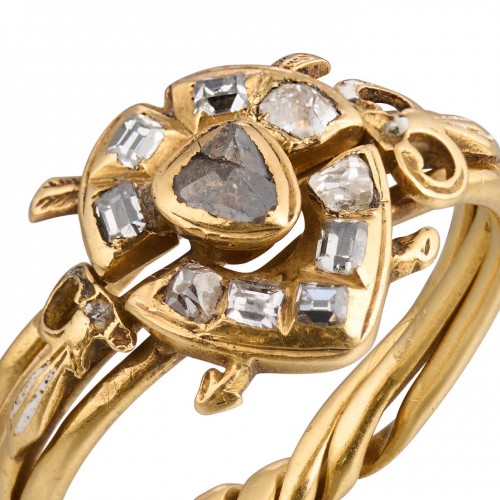 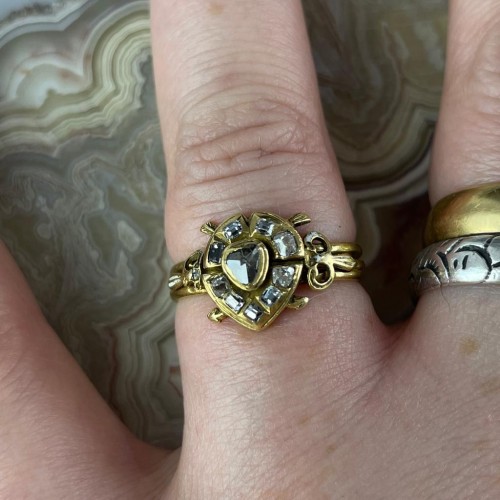 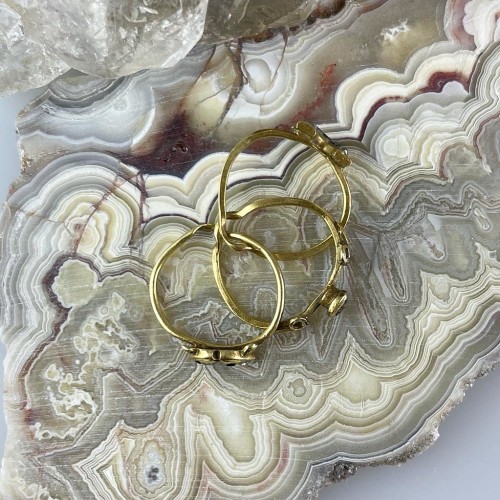 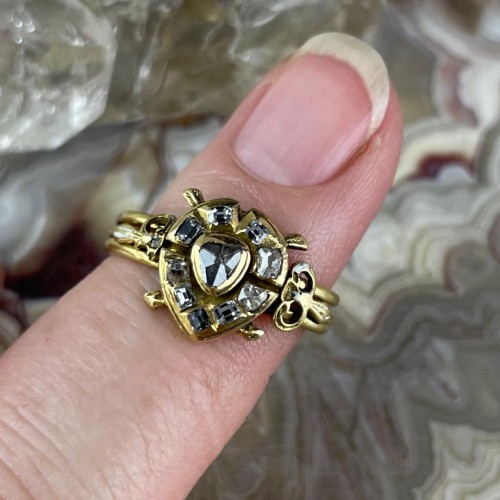 An extraordinary ring, comprising of three rings which when combined form the image of a heart, the largest diamond at its centre. The heart is shot with two arrows, undoubtedly from the bow of the mischievous cupid. It is a rare and powerful ring symbolising a couples love in both the heart shot with Cupids arrows but also the entwining of separate parts to become one.

There is a fracture to the central diamond, a couple of the diamonds have been re-set and one hoop of the fleur-de-lis shoulders is absent.

There is a similar example in the British Museum (Registration number; AF.1775) which displays a cross instead of a heart, it is decorated to the shoulders with the same stylised fleur-de-lis, it is catalogued as;

'A curious gold ring, with triple hoop, or three hoops uniting in one. These are very slight; the centre one is set with three small stones, in square settings: a diamond and ruby on each side; the other two hoops have one small square ruby; below the stones on the centre hoop are two small volutes or crescents filled with white enamel. When the three hoops slide into one, the stones form a cross, of which the diamond is the centre. the rubies above and below it form the stem, while the arms are formed by the single ruby on the top of each of the outer hoops; the projecting volutes cover and conceal the junction, and a twist on each hoop at the lowest part, uniting when they are put together, covers and conceals the device. Purchased of Durlacher, New Bond Street, June, 1858. 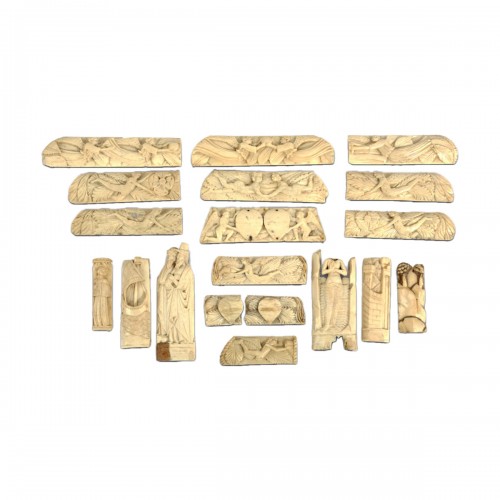 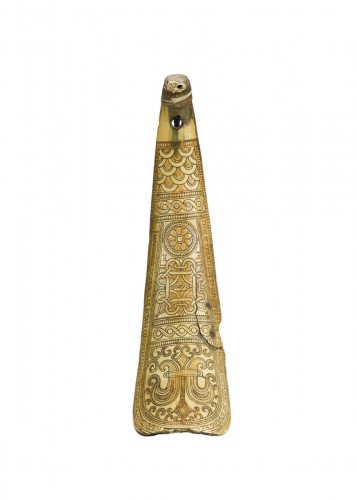 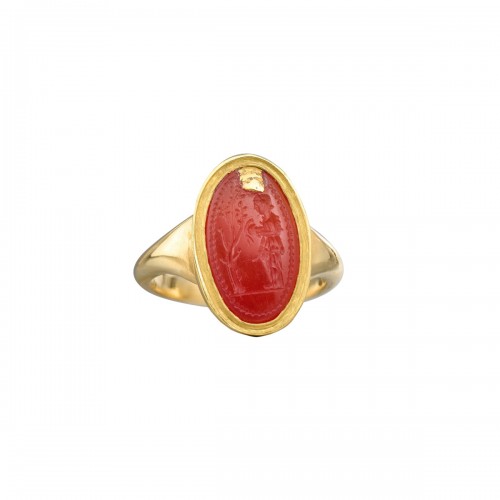 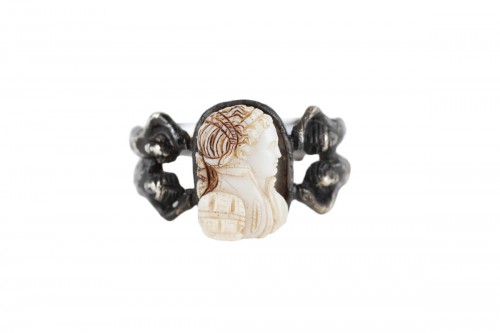 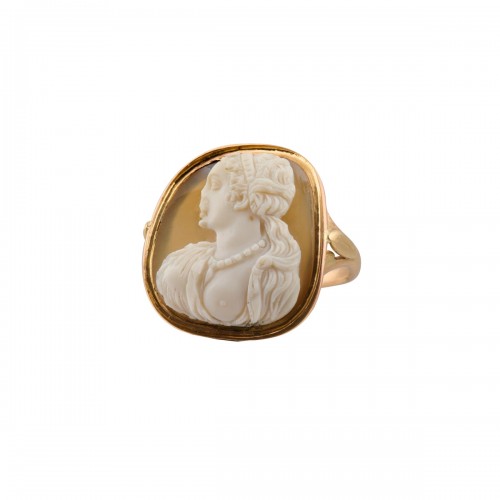 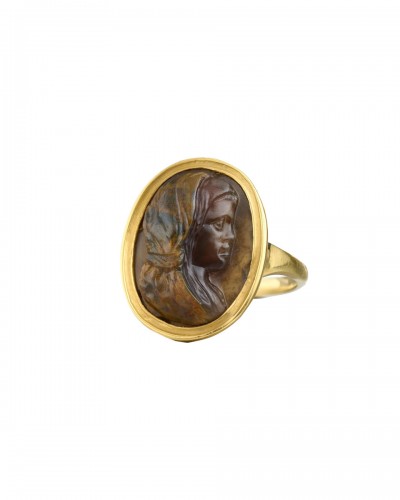 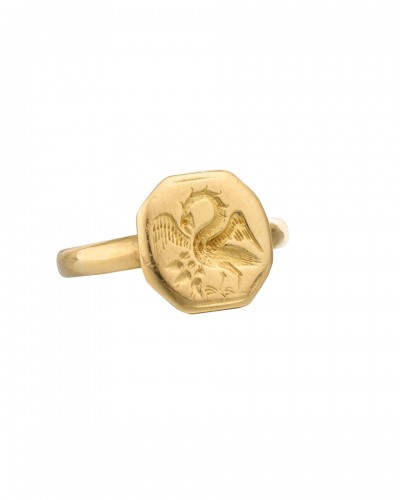 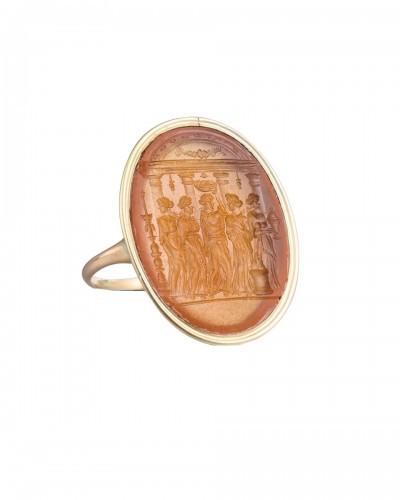 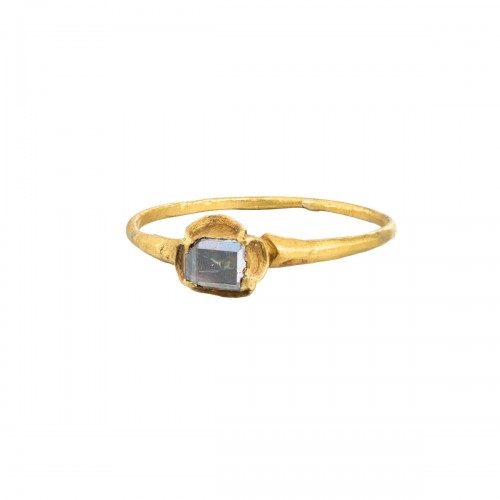