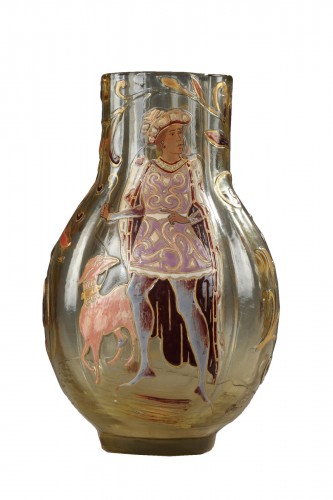 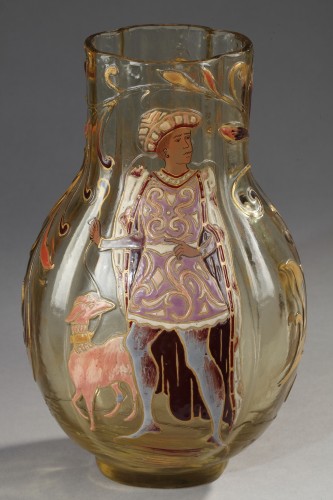 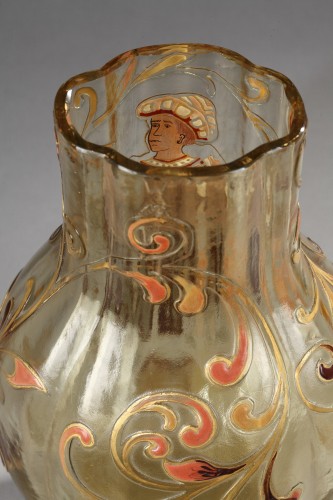 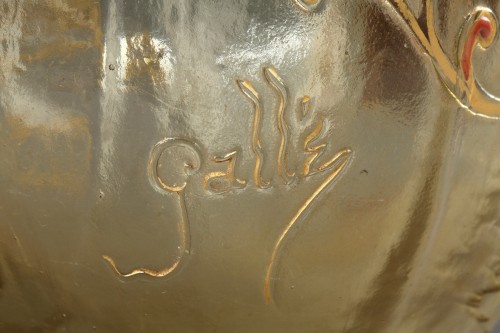 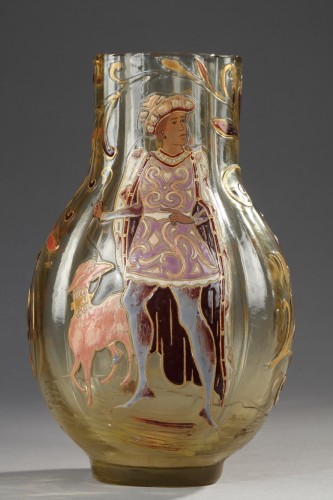 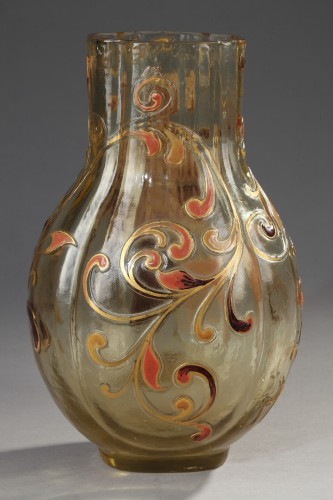 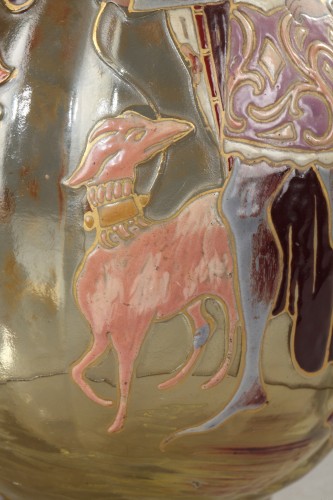 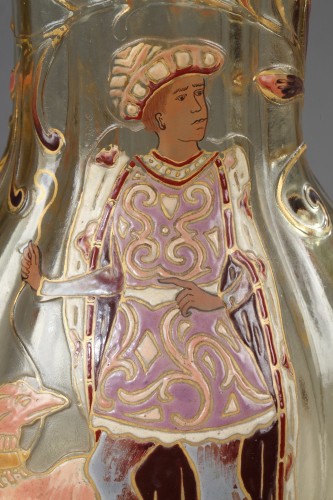 Biography :
Émile Gallé (1846-1904) is one of the most outstanding figures of the applied arts of his time and one of the pioneers of Art Nouveau, founder and first president of the School of Nancy in 1901. After his apprenticeship Glass trades at Meisenthal, and ceramics at the Saint-Clement porcelain factory, Emile Gallé is associated with the company of trade and decoration of earthenware and glassware of his father since 1867. It is he who represents his father at the Universal Exhibition of 1867 in Paris where he obtained an honorable mention for glassware and at the World and International Exhibition from 1872 to Lyon where he won a gold medal in class 33 (porcelain and crystals). His approach is not just theoretical, he does not fear indeed to learn the blowing. He adds to this a good knowledge of cabinetmaking and especially the family passion for the natural sciences and especially for plants that leads to drawing. He is in Nancy the student of Dominique-Alexandre Godron, naturalist and doctor. He carries out studies on plants, animals, insects. He was elected secretary of the Central Horticultural Society of Nancy in 1877. The same year, Emile Gallé took over the family business and extended its activities to the cabinetmaking in 1885. Already noticed at the Exposition de la Terre and Glass in 1884, Gallé is dedicated to the Universal Exhibition of Paris in 1889 by three awards for his ceramics, glassware and furniture (including a Grand Prix for his glassworks), where he celebrates the lost provinces of the Alsace and Lorraine and develops, through its symbolic decorations, the theme of patriotism. On this occasion, Gallé is made an officer of the Legion of Honor. From this date, Gallé intensively develops his technical and aesthetic research on glass work, a field in which he develops and creates new manufacturing processes. His glassworks were designed in Meisenthal until 1894, when he opened a crystal factory whose firing took place in May 1894 in his company in Nancy. Emile Gallé's research led in 1898 to the filing of two patents, for "a kind of decoration and patina on crystal" and "a kind of marquetry of glasses and crystals" by depositing small inclusions of glass in the molten paste. His pieces are then reworked by engraving, the wheel for the most precious, hydrofluoric acid for the most common, its engravers-decorators thus giving a cameo decor on a lined or multilayered glass. After the death of Emile Gallé in 1904, his glassworks continued to produce until 1936. Each piece bears the signature of Gallé with hundreds of variants. 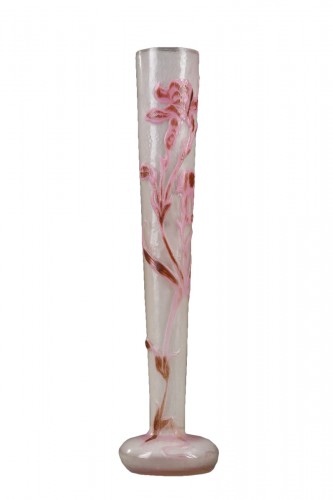 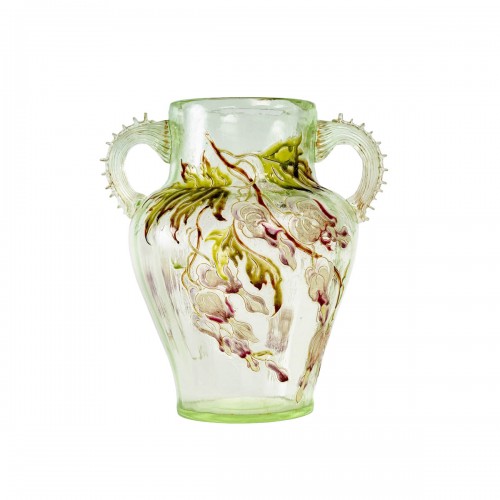 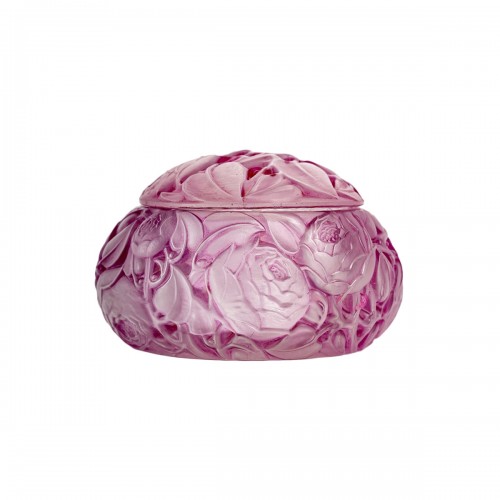 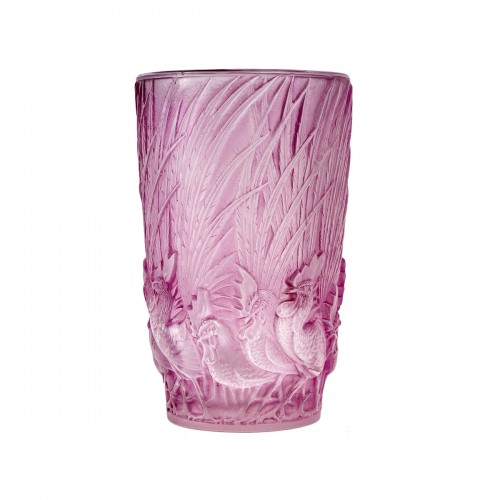 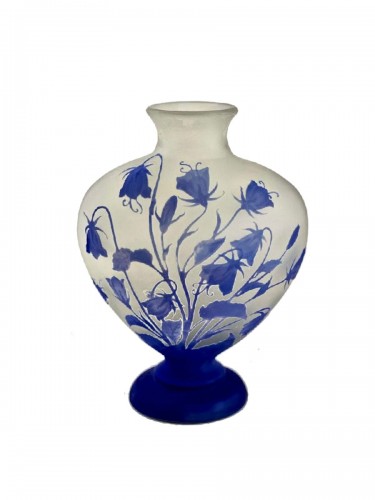 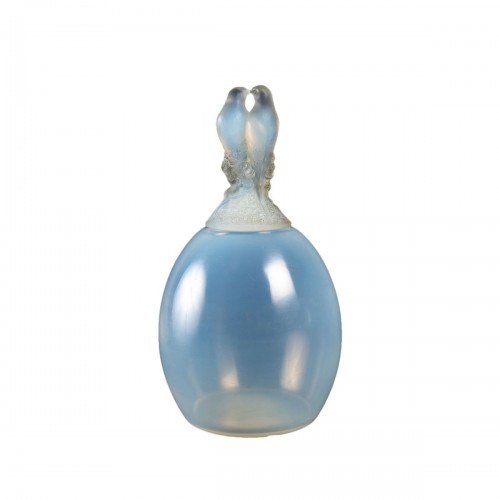 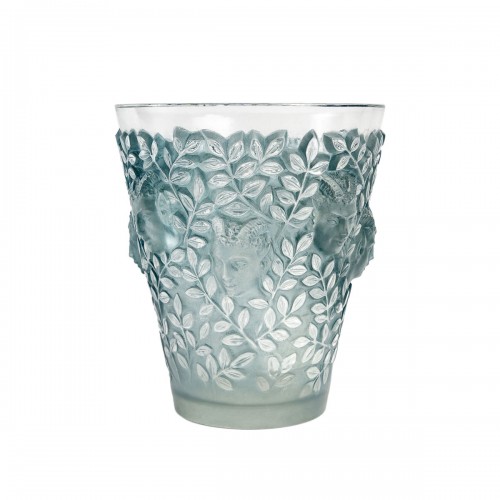