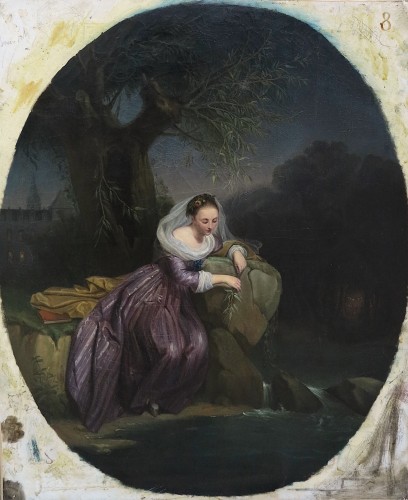 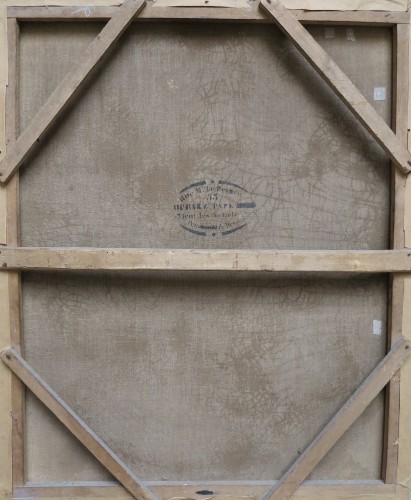 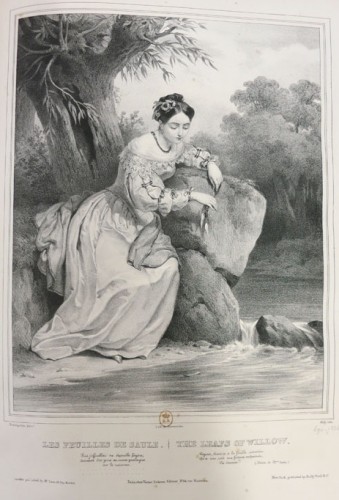 Willow Leaves
From the poem of the same name, published by Mrs. Amable TASTU in 1826

Jean-Augustin Franquelin was born on September 1, 1798, in Paris into a poor family, his father then running a small café in the Marais district. He left college at around thirteen or fourteen and shortly after entered Regnault's studio. He worked there with such ardor that a few years later, at the age of seventeen, he was received in the box to compete for the Prix de Rome, which he did for a few more years, failing to obtain it.
Having too little help from his parents, Franquelin had to resolve to leave the workshop prematurely to sell his production to support himself. He immediately began to produce large format paintings which he sent to the Paris Salon in which he participated from 1819 to 1839 and where he was awarded a second-class gold medal in 1827. It was only around 1824 that the artist began to make easel paintings which he produced in large numbers, and which became renowned for their remarkable compositions, their firmness, and their design.
Unfortunately, due to hard work, his health deteriorated, and the artist succumbed to gastritis on January 3, 1839, in Paris at the age of forty.

Willow leaves is a poem written by Amable TASTU (Metz, 1798 - Palaiseau, 1885) from his collection entitled Poésies which was published in 1826 by her husband Joseph.
Amable was considered in her time by Sainte-Beuve as one of the great poetesses of the time, along with Marceline Desbordes-Valmore and Louise Labé.

Here is the extract from the poem by Amable Testu illustrated in the painting by Jean-Augustin Franquelin:
… To the ancient willow bowed over my head
My hand removes, indolent and distracted,
A green twig;
Then I peeled off his light remains,
Following his fleeting course with his eyes
On the creek.
… 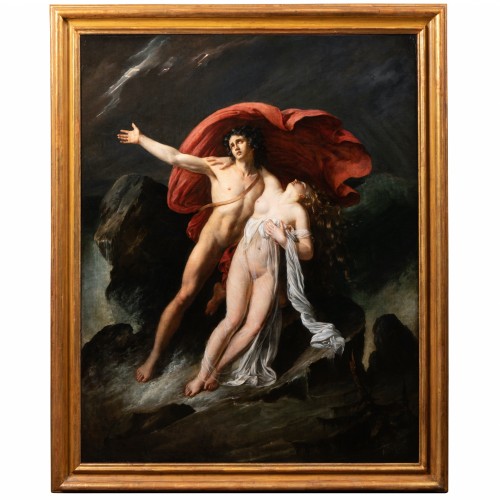 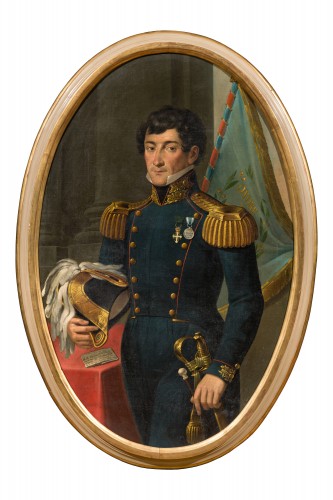 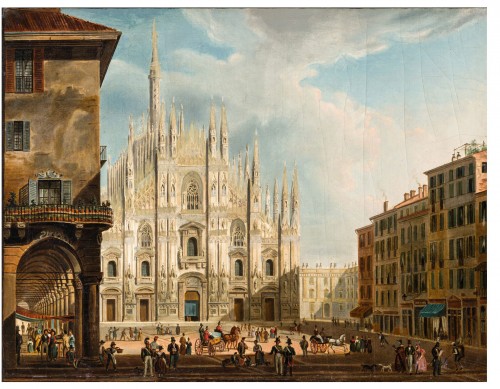