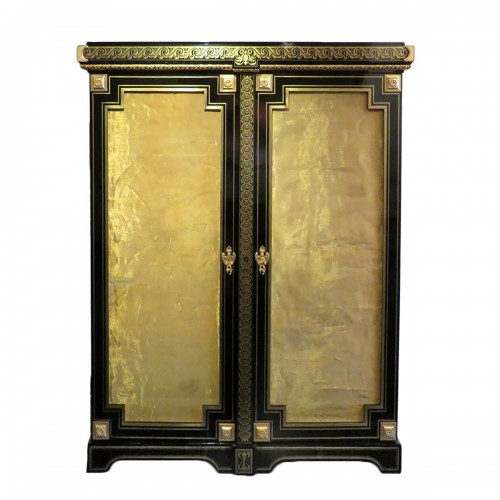 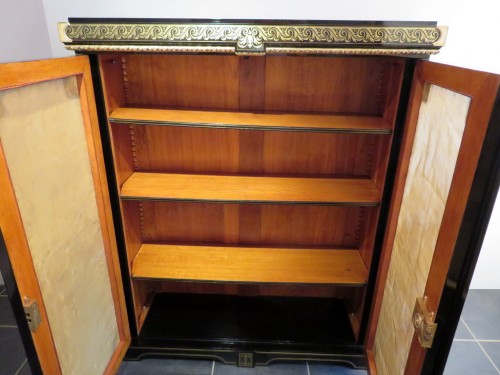 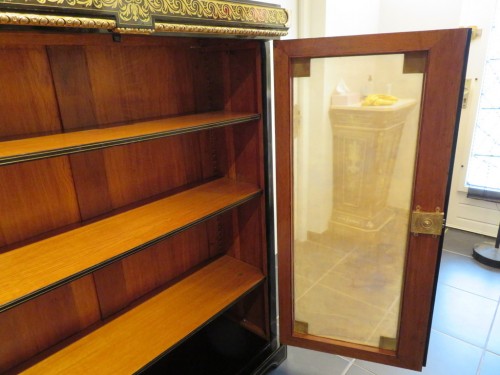 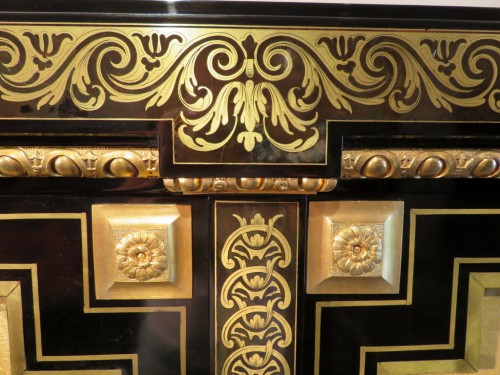 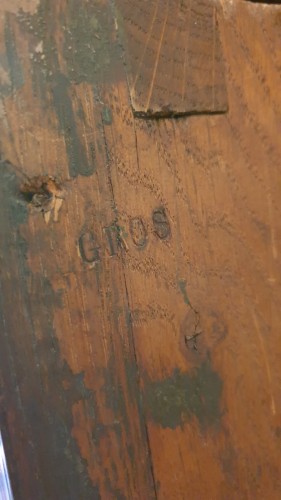 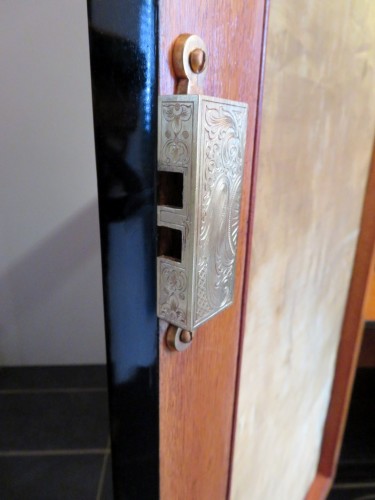 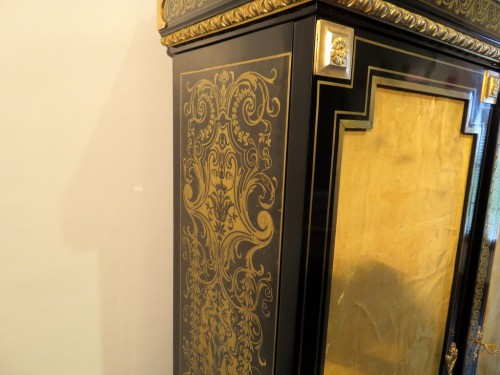 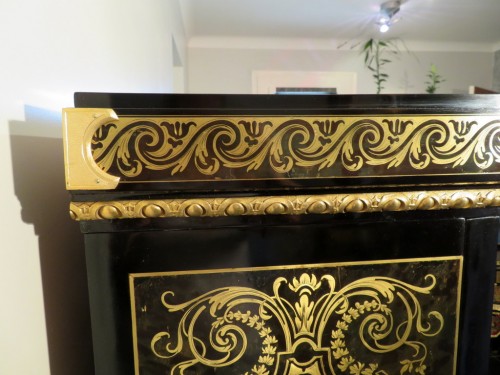 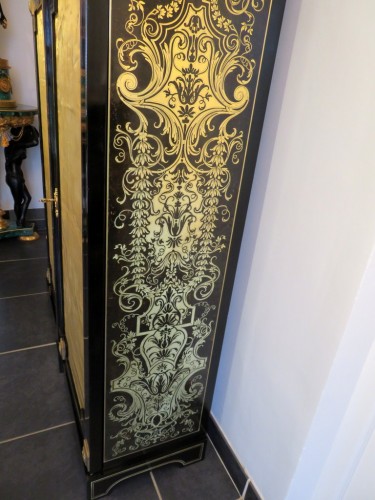 The interior in rosewood with 3 shelfs.

1 Key and locks with flowers decorated

<<<<<< GROS Jean-Louis-Benjamin, cabinetmaker marquetry, married Victoire Frémy in 1839. Established at 27, rue des Blancs-Manteaux until 1850, then 43, rue des Tournelles from 1850 to 1863; he was appointed expert when his colleague Winckelsen succeeded him in 1871, but he was then out of business. He obtained an honorable mention in 1849 and at the Universal Exhibition of 1855; his shipment included furniture in the style of Boulle, adorned with bronzes, furniture with rosewood marquetry and furniture imitating Florentine mosaics.

<<<<<< GROS B. Aristide-Henry, son and successor of Jean-Louis-Benjamin; according to the article by A. Luchet in Le Monde illustré of 1863, when he took over his father's workshop, Mr. Gros made his art a religion..., no one better than him knew how to resuscitate these marvels of marquetry and carving... His furniture are so well copied that merchants sell Gros for Boulle. Nevertheless, he ends his article by saying that he has seen even better in his father's workshop. In 1866 he transferred his studio to 23, rue Beautreillis. At the Exposition de l'union centrale des Beaux-Arts in 1865, he was noticed for a few pieces of high inlaid, inlaid and ornate cabinetmaking, taken at random from his stores, and which, if they add nothing to the reputation that this excellent manufacturer has acquired, are also very far from diminishing it. >>>>>>
Dimensions (in cm) : height: 153 cm depth: 41 cm width: 125cm 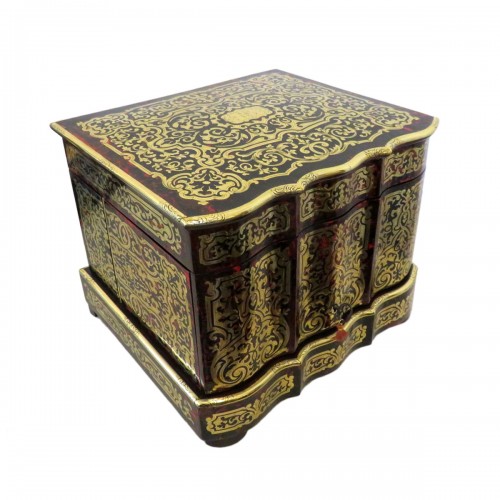 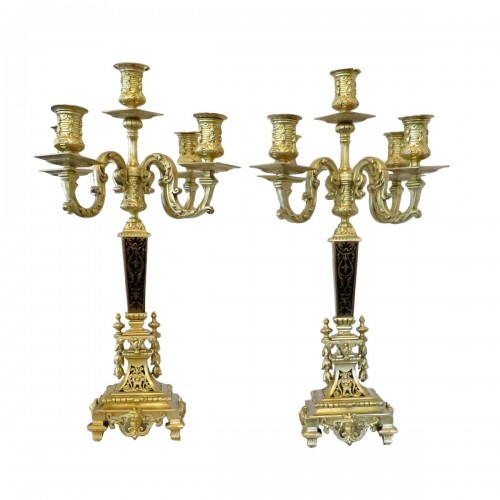 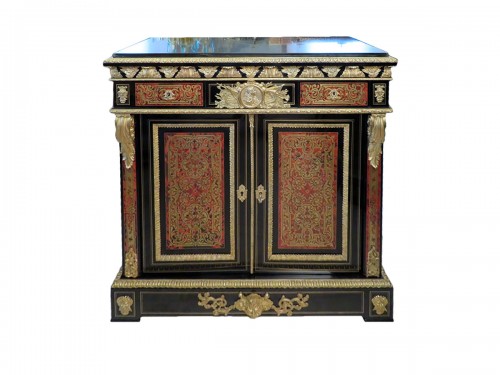 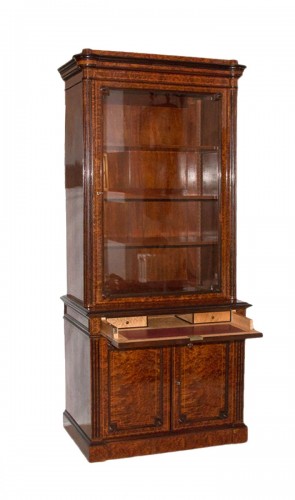 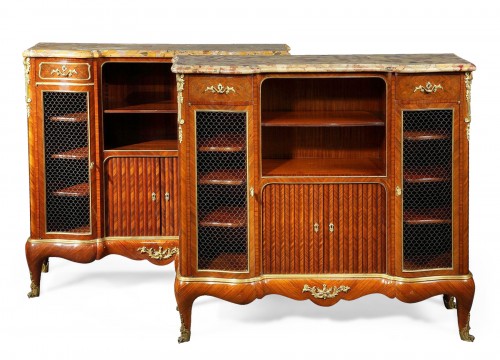 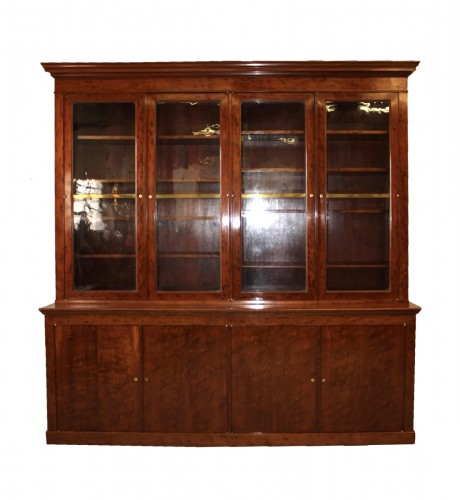 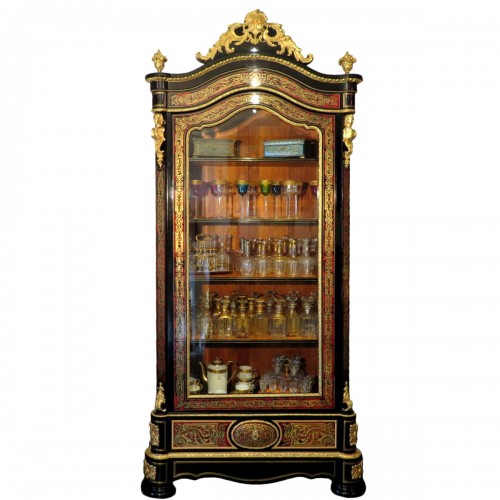 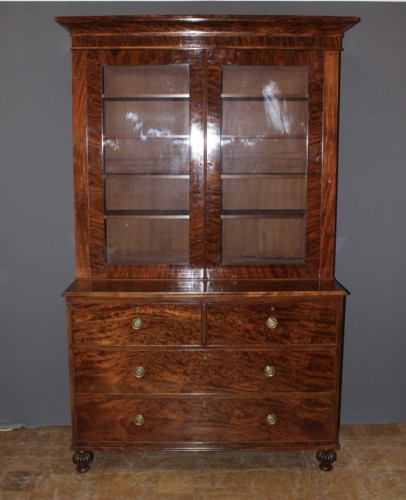