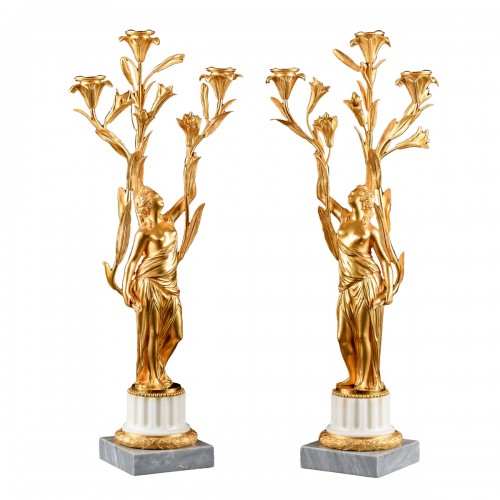 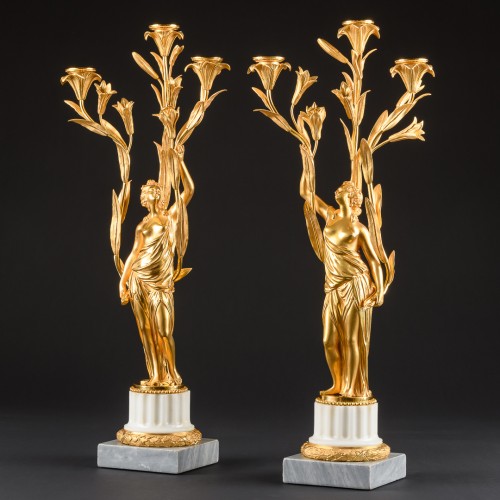 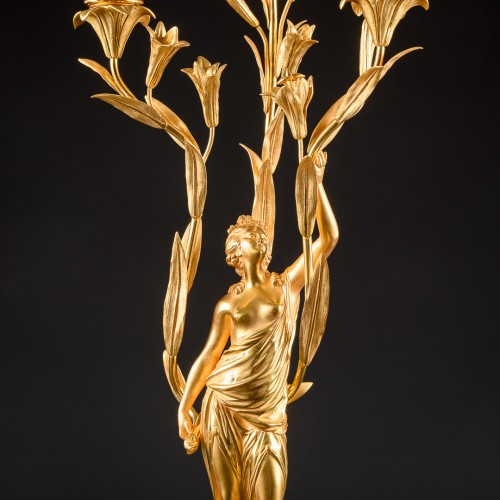 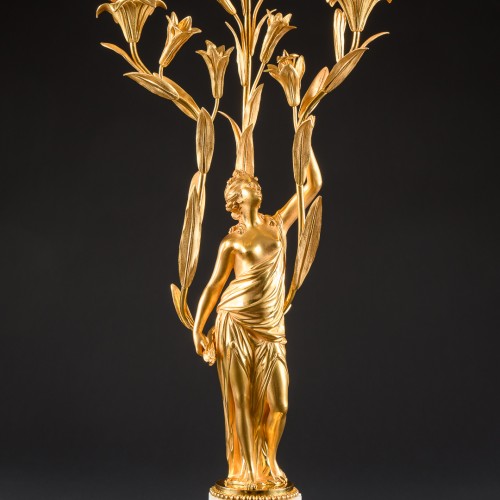 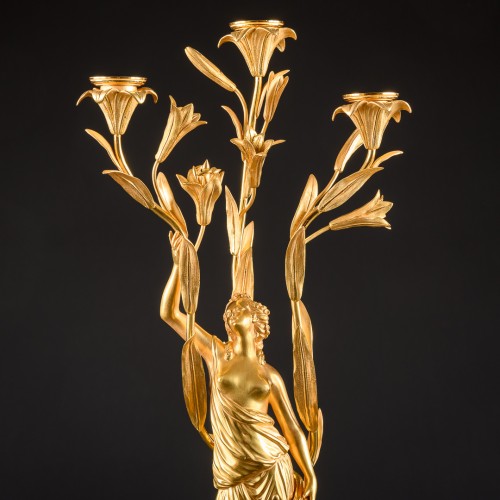 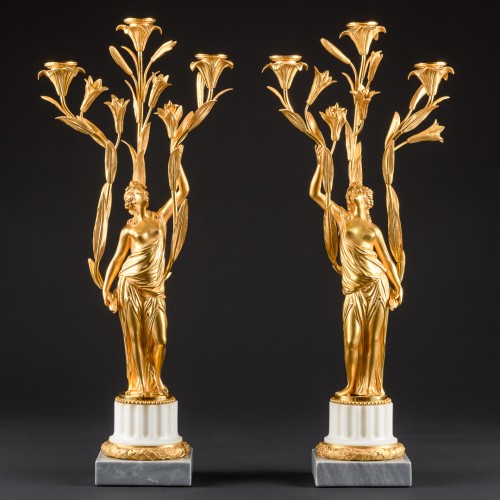 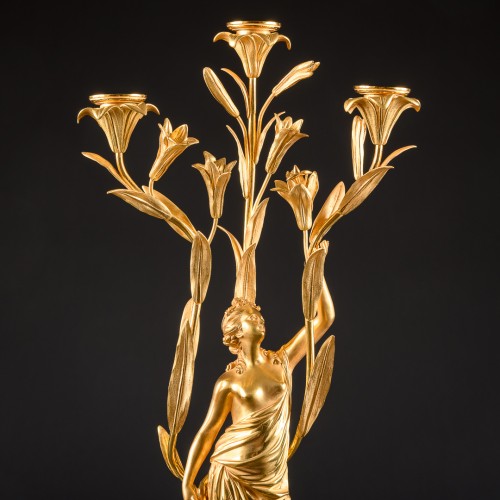 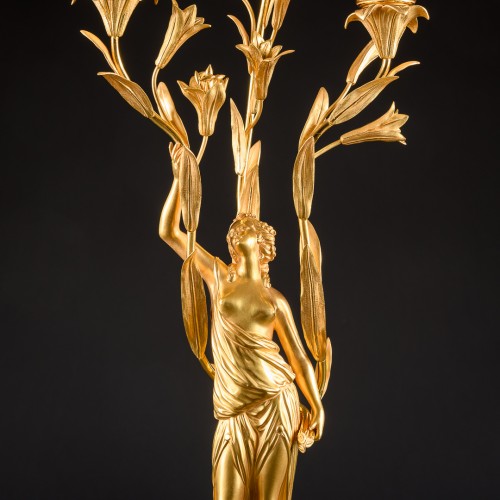 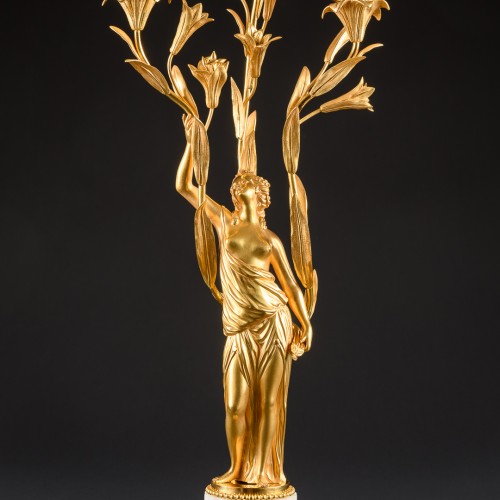 Exceptional pair of late Louis XVI marble and gilt bronze candelabra in the shape of women resting on a fluted Carrara white marble base adorned with a frieze of pearls and a tied-laurel wreath. Each of the draped females supports a bouquet with branches of lilies issuing three lights with floral bobèches.

This model of candelabra, with women clad in the ‘Antique’ manner supporting branches, became immensely popular at the end of the 18th century and exists in many variants, both with paired and single women and in many different poses. The basic design of the draped nymph on these candelabra recalls the 1761 sketch executed by Gabriel de Saint Aubin (H. Ottomeyer, P. Pröschel, Vergoldete Bronzen, Munich, 1986, vol. I, p. 254, fig 4.7.1). The sketch depicts two pairs of plaster models of figures supporting candelabra which were exhibited at the Salon du Louvre in 1761 by Etienne-Maurice Falconet (1716-1791), director of the sculpture studio at Sèvres from 1759 to 1766.


The pair of candelabra is in a very good condition. 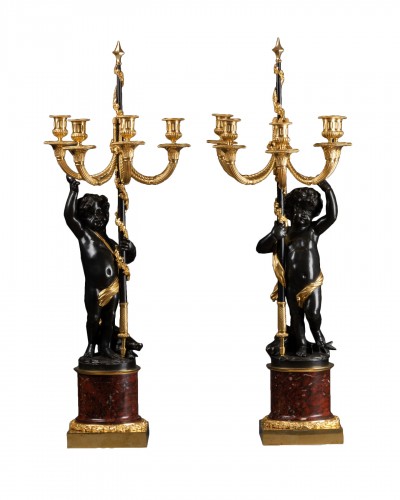 Pair of candelabra with hunting decoration, Paris circa 1790 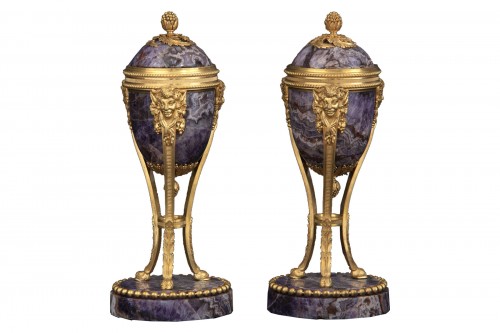 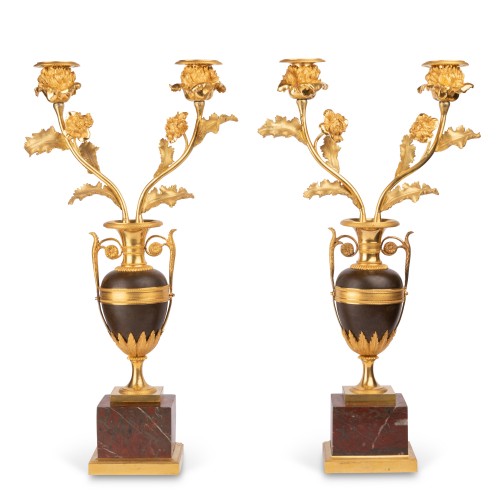 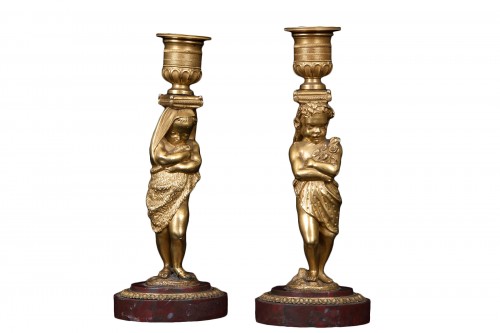 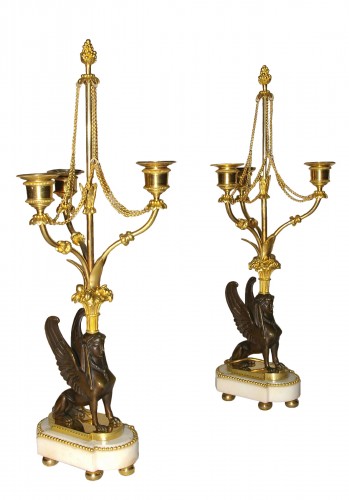 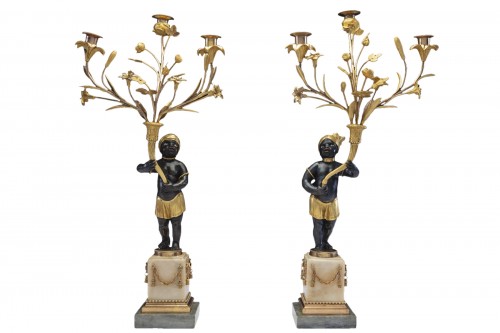