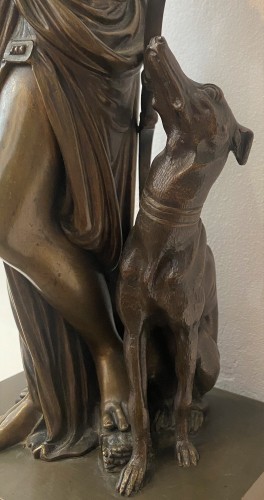 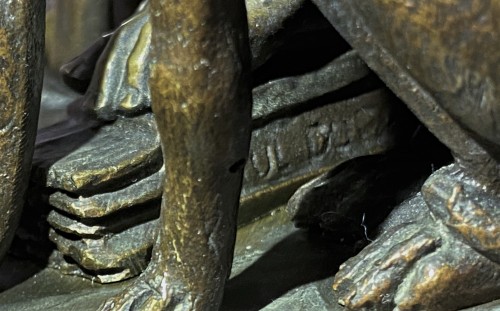 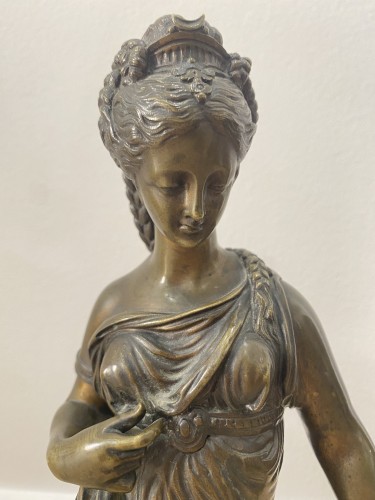 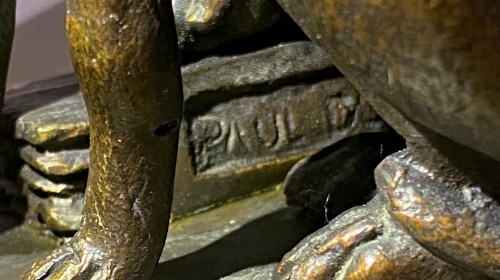 Our sculpture is a Diana the Huntress, identifiable by the bow she holds in her left hand and the greyhound at her feet. She is dressed in an antique style, a style particularly appreciated during the Second Empire.

This statue is signed at the level of the quiver on which the young woman rests her left foot. 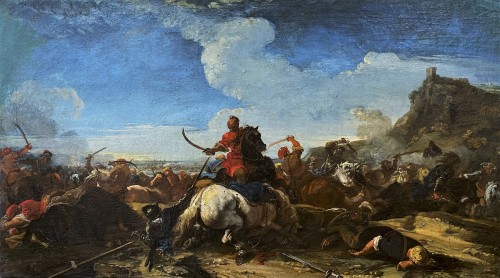 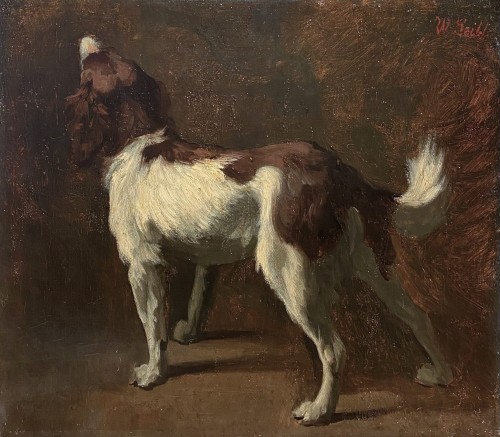 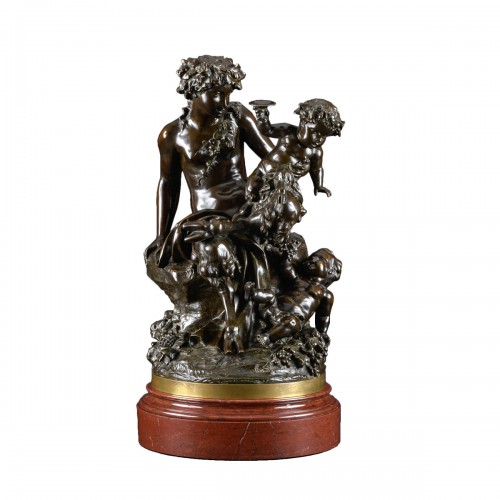 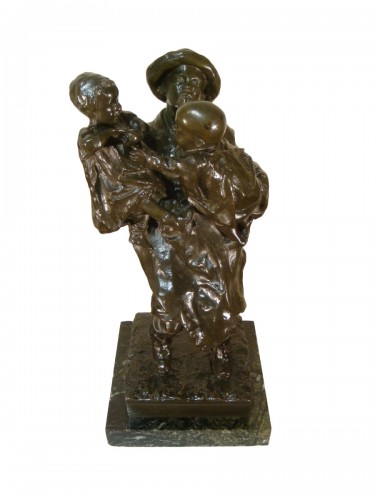 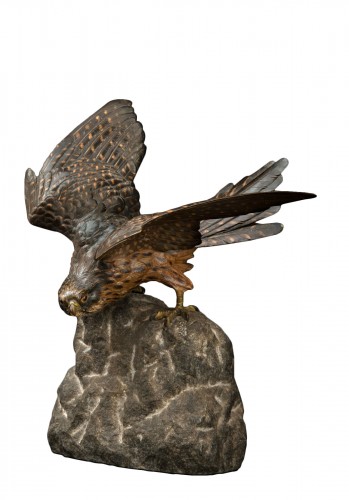