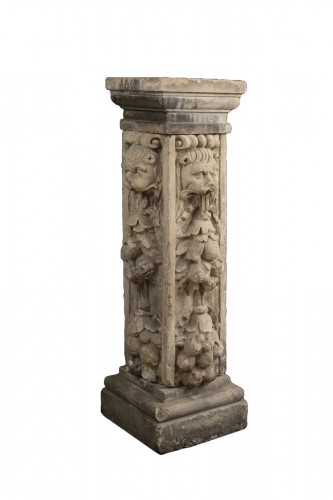 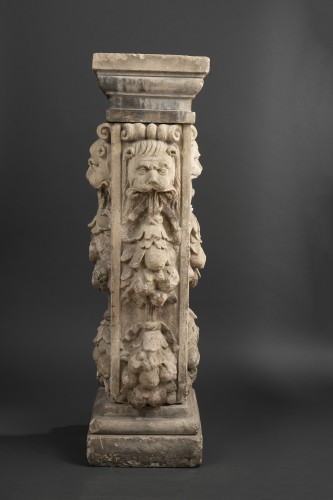 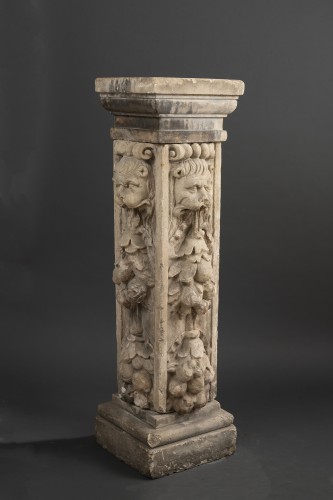 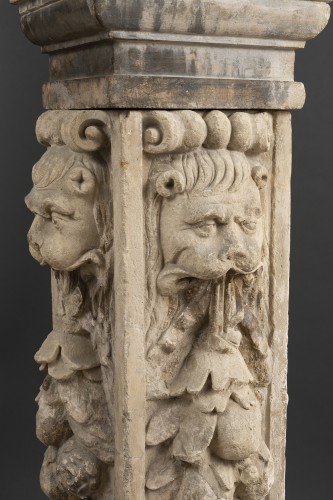 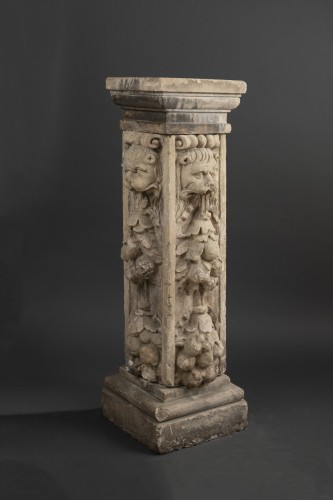 It is through the decor of its castles and private residences that the French Renaissance is revealed with brilliance. Subtracted from their vocation as a military stronghold and their defensive role, these buildings were then adorned with rich ornamental sculpted decorations in which the Renaissance was expressed through the use of new forms drawn from Antiquity. This decorative pillar carved out of limestone is a perfect example. Sculpted on its four angles, this free pilaster is presented on a base composed, according to the architectural vocabulary of Roman antiquity, of a plinth, a torus and a fillet. In its upper part, it is crowned by a capital with astragal and quadrangular abacus animated by a set of tori and flat moldings. Over the entire height and on all sides of its shaft unfolds a heavy decoration composed of lions' heads with varied expressions surmounted by volutes and spitting garlands of fruit. The analysis of this decoration makes it possible to highlight the sources and practices of the ornamentalists of the French Renaissance from the second quarter of the 16th century. These first ones first come from Antiquity. In addition to the reuse of classical architectural vocabulary, the lion protome is also an ancient motif symbol of strength and courage associated from the first centuries with the powerful of this world. The garland of fruit is an ornament from Roman antiquity symbolizing abundance, which populates many of its artistic productions, from the most remarkable such as the Ara Pacis, to the most modest, such as sarcophagi and other funerary stelae. . All these ornaments were taken up in profusion in Italy in the 15th and 16th centuries by artists who took part in the Renaissance movement. In France, they were imported in the 16th century by Italian masters working on the Fontainebleau site. The latter introduced new ornamental repertoires from ancient and contemporary Italian art into the kingdom, and made them available to artists through drawn models, collected in notebooks and distributed on a large scale through printing. Some of these precious ornamental notebooks have come down to us and feature great names in French art such as those of Jacques Androuet du Cerceau and Hugues Sambin. Born in Gray in the 1520s, the latter is the very archetype of the versatile Renaissance artist. Sculptor, decorator or ornamentalist, architect, civil, military and hydraulic engineer mainly active in Burgundy and Franche-Comté, Hugues Sambin was present in Fontainebleau in 1544. It was there that he became familiar with this new Bellifontain ornamental repertoire that he will then adapt in a very personal way. The carpentry of the Palais de Justice in Dijon that he created around 1583 is impressive testimony to this. His art is characterized by an unparalleled abundance of decorative motifs, some of which particularly mark the work of the master. Among them, Burgundy cabbages or even the terms that Sambin compiles in his famous work "Work of the diversity of terms which we use in architecture" which he intends for the sake of dissemination "to be of use to the pleasure of workers and architects" . The protome of a lion spitting a crown of fruit that adorns our pillar is also one of these recurring motifs in the decorative repertoire set up by the artist. It is found in particular on the Dijon facade of the Maillard house made by the master and his workshop in 1560 and on that of the lawyer Marc Fyot. It is in this rich artistic context and under the influence of this great local figure that this pillar was created. 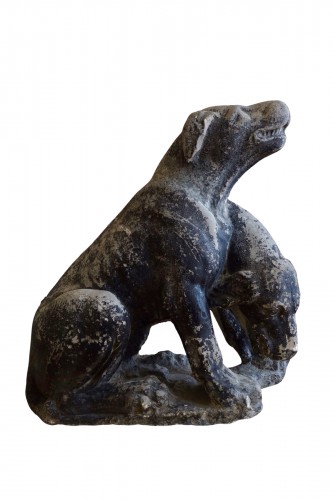 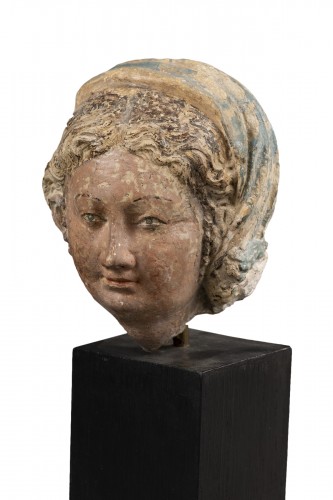 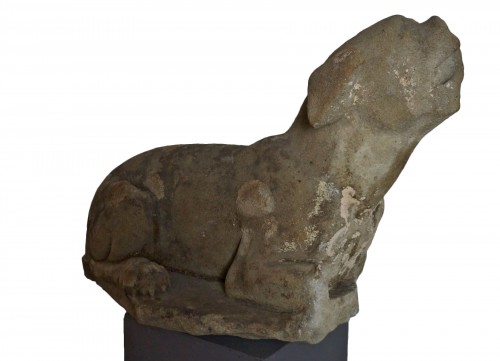 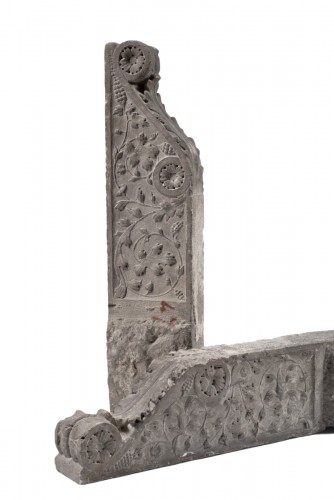 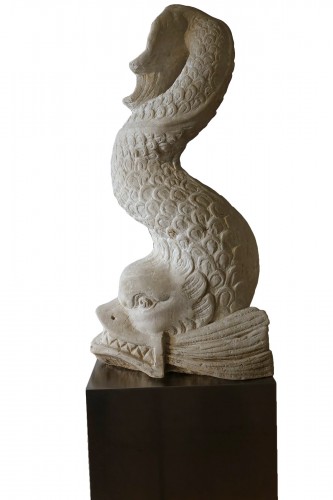