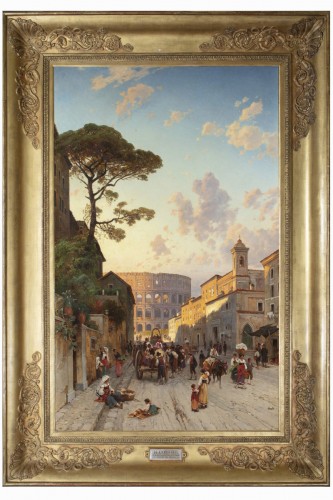 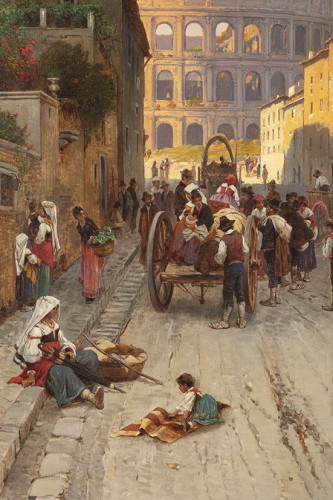 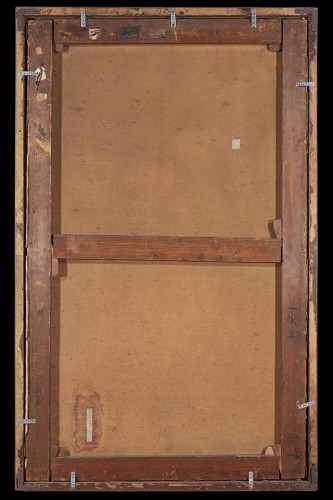 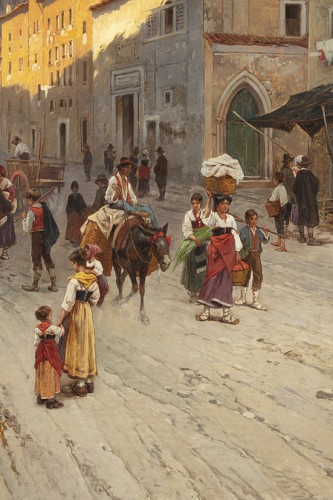 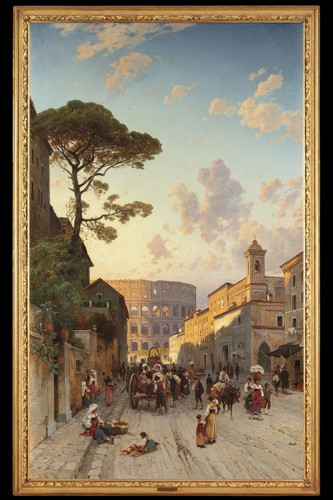 Hermann Corrodi (Frascati, July 23, 1844 - Rome, January 30, 1905) Via di San Giovanni in Laterano with an overview of the Colosseum Oil on canvas, 166x100.5cm The painting, representing an overview of the Colosseum from via San Giovanni in Laterano, is based on the stylistic analysis to relate to the production of works of Roman subjects by Hermann Corrodi. A Roman artist with a cosmopolitan vocation, Corrodi occupies a resolutely eccentric place in the artistic panorama of the Capitol. Introduced to painting by his father Salomon, a Swiss landscape painter of distant Italian origins active in Rome since 1832, and encouraged by the latter to experiment abroad, he frequented the workshops of Alexandre Calame and Jacques Alfred van Muyden in Geneva, showing from the very first proof of a preference for the landscape. If in the Eternal City the artist is linked to the Deutsche-Römer community, it is however the contacts established during certain stays beyond the Alps that orient his activity internationally. Indeed, in Paris, he attended the workshops of Ernest Meissonier and Jean-Léon Gérôme and met the merchants Adolphe Goupil and François Petit. In England, he also received a warm welcome in Lawrence Alma Tadema's studio and met some of the main protagonists of English painting, including Frederic Leighton and John Everett Millais. In the work in question, the amphitheater is taken from via di San Giovanni in Laterano, one of the main urban arteries until the end of the 19th century, the scene of the papal processions between the Vatican and the Lateran, as well as an axis linking the city center with the Castelli Romani. On the right you can recognize the bell tower and the side portal of the Basilica of San Clemente inserted in a whimsical architectural complex. Note that compared to the actual topography of the place, the length of the road is significantly shortened in order to make the profile of the Colosseum more majestic. The lowered point of view amplifies the breath of the image and the side wings accentuate the feeling of spatial escape by channeling the gaze towards the grandeur of the monument which, flooded with light, is revealed in the background like an apparition. As in his best works, the local artist deploys his talents as a skilful scenographer to orchestrate the contrast between shadow and light. 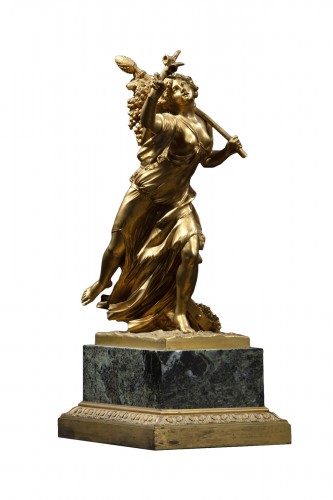 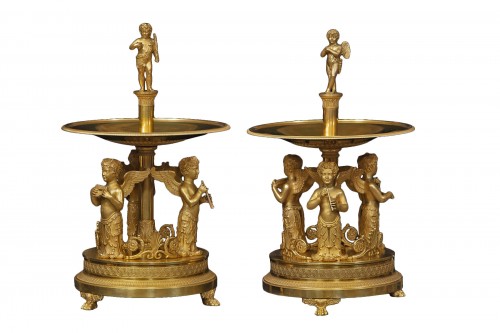