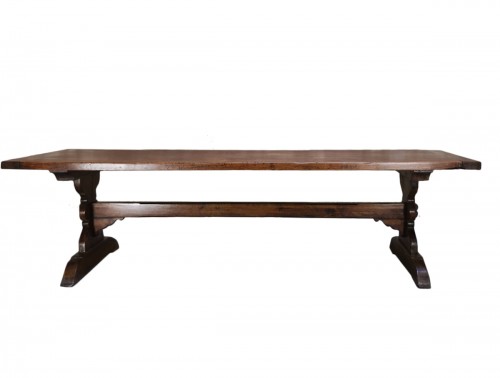 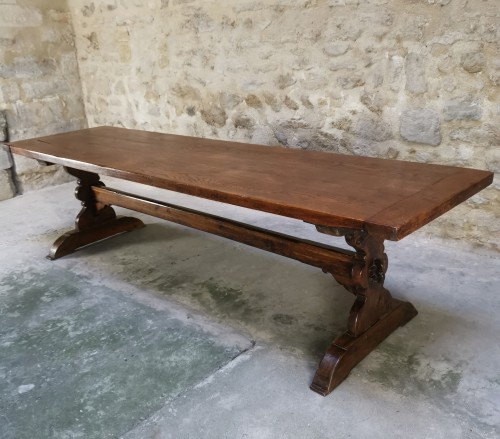 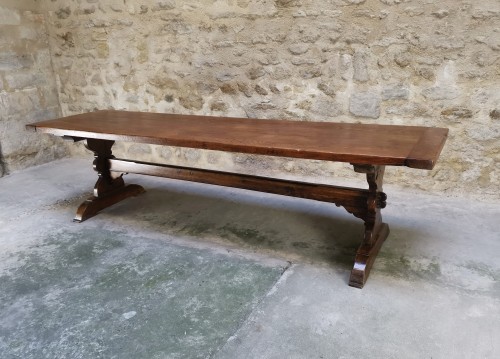 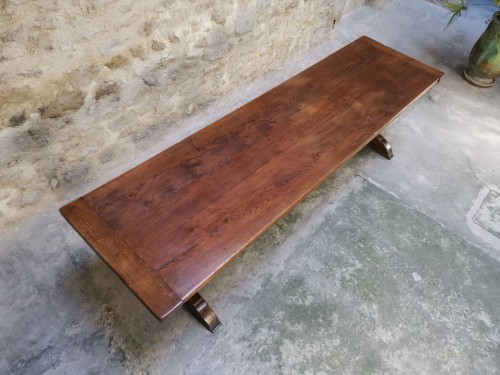 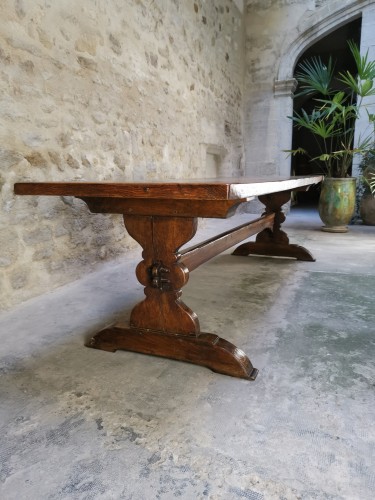 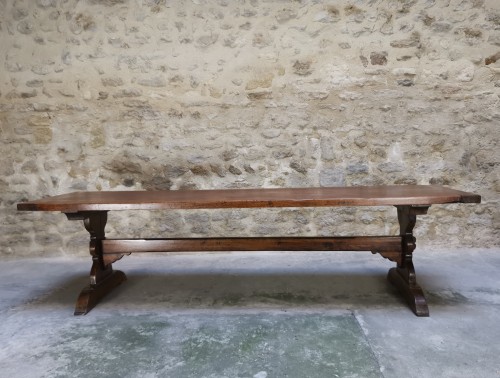 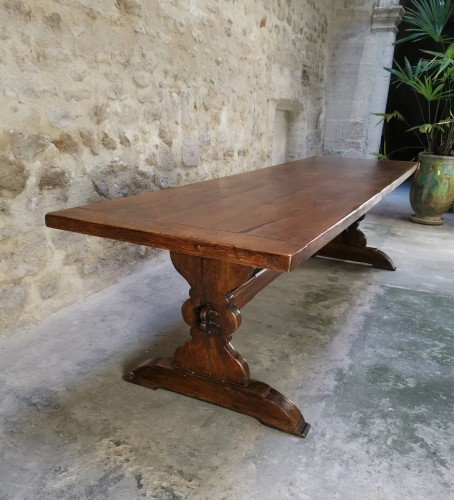 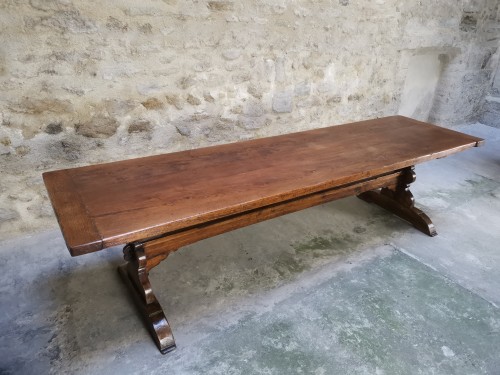 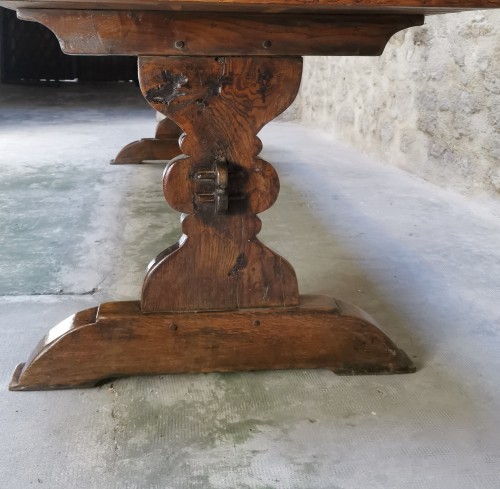 Grand'salle table from the Louis XIV period.
Rectangular table of great proportion in oak from the Louis XIV period, called; table of monastery, convent or grand'salle. Of renaissance inspiration, this type of table was always made with a small frame, and continued until the reign of Louis XIV. The very thick tabletop exceeding more or less thirty centimeters from the legs is made of three boards assembled by two lateral crosspieces fixed with tenons and mortises. The base is composed of two feet perpendicular to the top of a very neat model, each of them composed of a curved plane baluster set with crossbars, high and low. The upper crosspieces with concave curved ends are assembled to the top by large mobile pegs. The lower crosspieces, known as skids, are uniformly arched and slightly off the ground in the middle. The two legs are joined in the middle by a longitudinal crosspiece parallel to the top supported by oblique poly-lobed buttresses. Each of its ends crosses the baluster in the central part and ends in two pierced ends into which two keys are inserted to fix the whole. This simple system of fixation allowed to move the base and the top together, or to dismantle them easily. This table is more harmonious, with a relatively light aspect despite its size and its rudimentary assembly, and is finished with the utmost care. The minimalist beauty of the slightly moved legs combined with the beautiful proportion of the central bar contribute to give it a lot of elegance despite its massiveness. In spite of its specifically Renaissance composition, it seems more prudent to date it from the reign of the Sun King, or even from the first part of the 18th century; the techniques of manufacture and assembly having remained the same throughout this period.
Dimensions : Length 2m72cm - Width 75.5cm - Height 72.7cm. 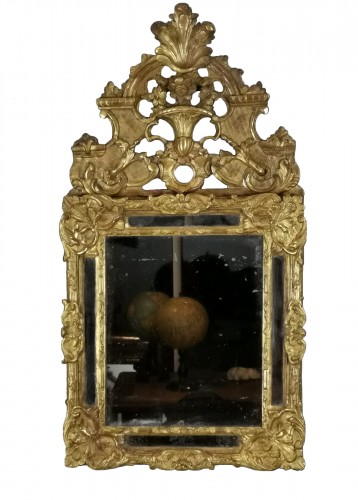 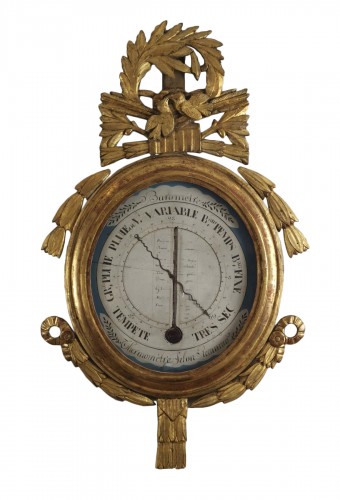 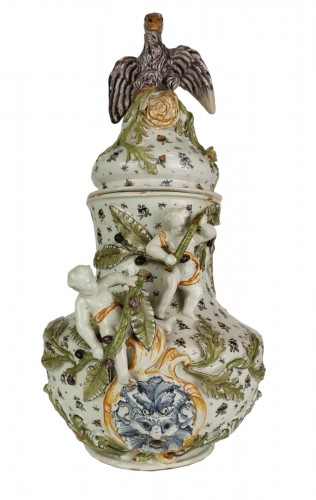 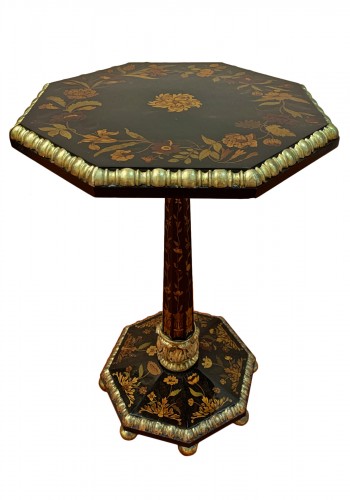 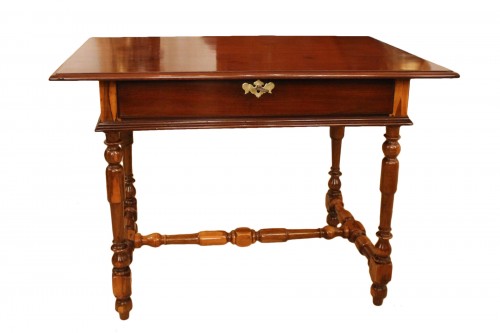 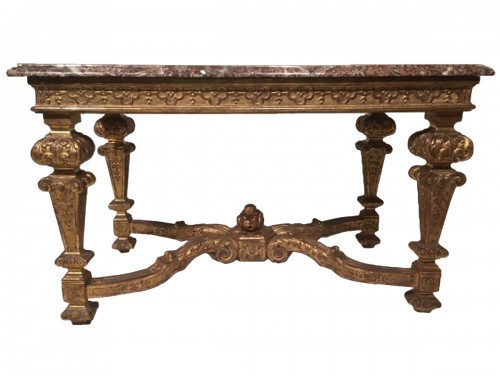 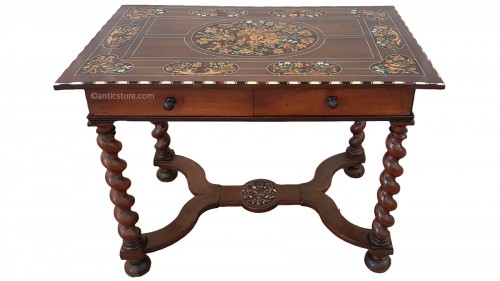 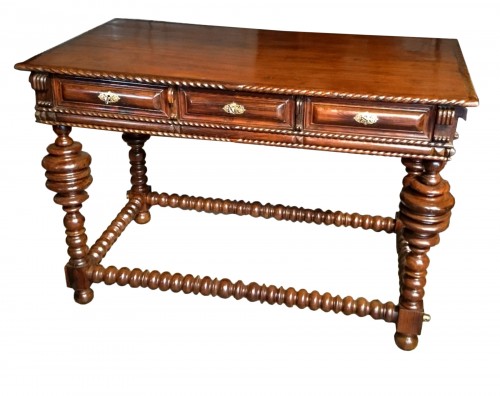