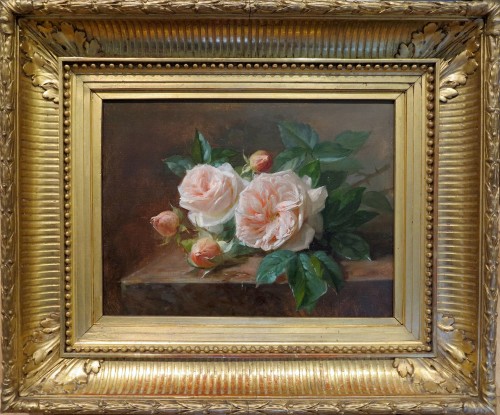 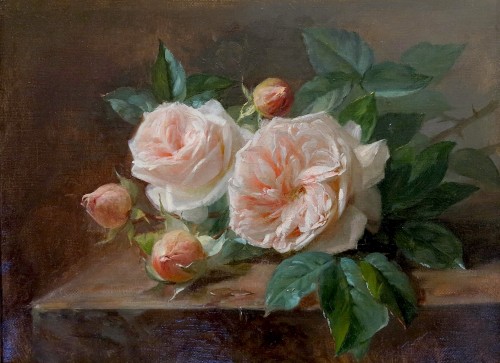 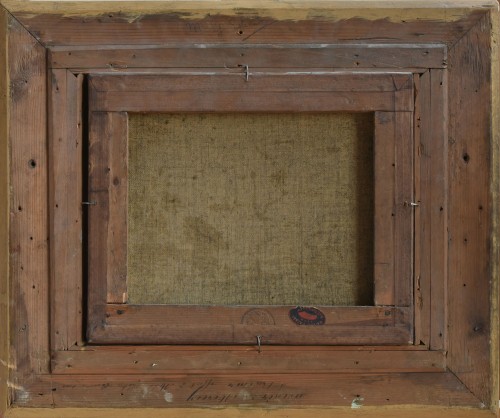 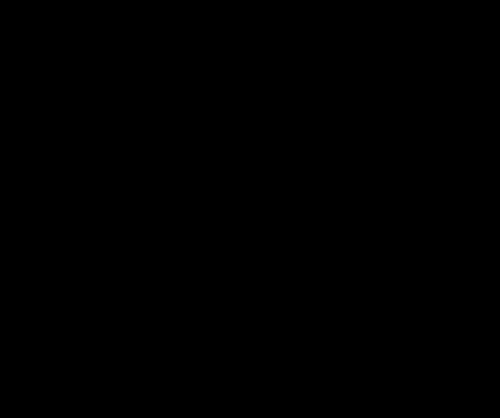 Roses on an entablature

A student first of the École des Beaux-Arts in Lyon, then of François Lepage in Paris, he moved to the Gobelins factory with Chabal-Dussurgey. While making many compositions for the Lyon silk factory, Perrachon was one of the most renowned masters of the flower and in particular of the rose. As evidenced by this extract from the Bulletin of the Union des Arts of January 1, 1863: “Among the recently exhibited works of art, there are some really remarkable ones: we must cite a Still Life, an oil painting by M. Perrachon. , from Lyon, and a charcoal (same genre) by the same painter. These two paintings have already caught the attention of all visitors. "

Perrachon exhibited regularly at the Salons de provinces (Lyon, Mulhouse, Toulouse, etc.) and at the Salon de Paris from 1850 where he obtained three honorable mentions in 1859, 1861 and 1863. The Grande Médaille de Lyon was awarded to him in 1888.

He returned to Lyon in 1853 where he became a teacher at the Ecole des Beaux-Arts. He trained a good number of students there, including his grandson Joseph Perrachon (1883-1969).

The museums of Lyon, Toulouse, Saint-Etienne and several foreign cities, the Prefecture of the Rhône and the Town Hall of Lyon, have works by this distinguished painter.

Perrachon was one of the founders of the Société lyonnaise des Beaux-Arts, of which he was the first president in 1888.
He was a public education officer.