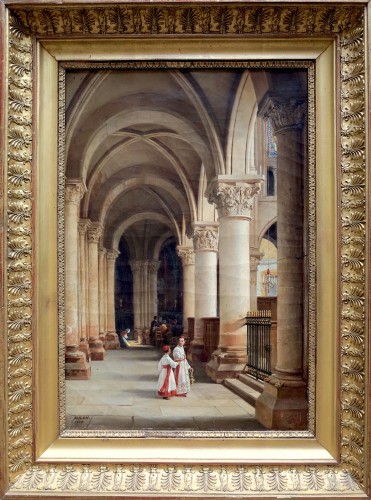 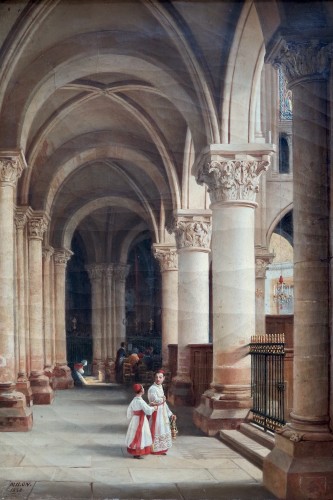 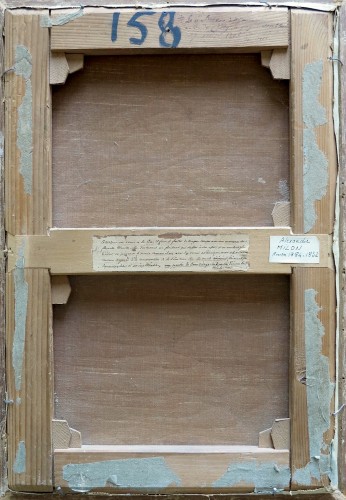 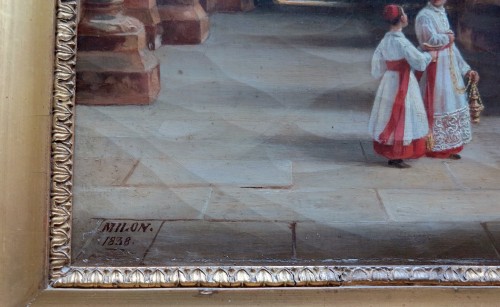 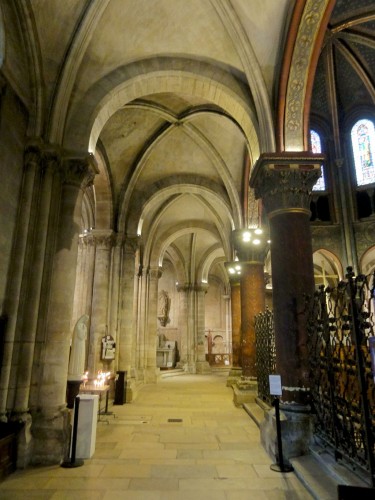 A certain Milon exhibited in Paris in 1808 a set of drawn portraits. Is this already our artist? The question arises because his next appearance at the Salon would not be until nineteen years later in 1827 with several oil paintings depicting architectural views taken from nature. He will make it his specialty in addition to interior views of religious buildings, like our painting.

Milon exhibited both at the Paris Salon and in Douai, Cambrai, Valenciennes, Rouen, Boulogne-sur-Mer, La Rochelle or even in Lyon and this very regularly between 1822 and 1858 with several paintings each year.

Enrolled as a "pupil of Citizen David" at the Academy in Paris on 6 Frimaire Year XI (November 1802), he was also a pupil of Bertin. He would also have been an architect. More certainly, he was known as a private teacher of drawing and painting.

Our painting, which bears several traces of exhibition labels, was presented at the Paris Salon of 1839 under number 1512 and entitled View of one of the aisles of the apse of Saint-Germain-des-Prés. Critics noted the qualities of the painting as evidenced by this extract from the Journal des beaux-arts et de la literature dated 1839: "M. Lesaint continues to exhibit good works. His Interior View of Amiens Cathedral is full of truth; the tone of the rich woodwork is vigorous and harmonious, and the large vaults are a beautiful color.
The interiors of M. Milon are distinguished by the same qualities, and we must cite his View taken in the Church of Saint-Germain-des-Prés, and that taken in the Church of Saint-Gervais. The Salon's booklet states that the work is the property of the artist. 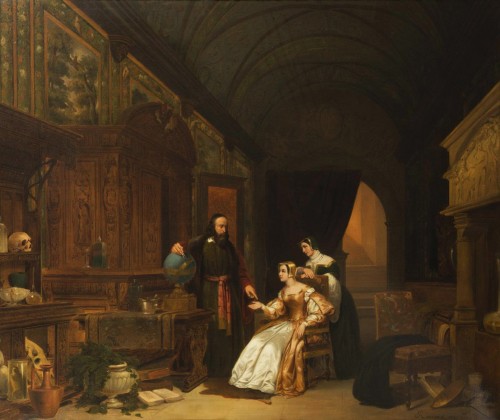 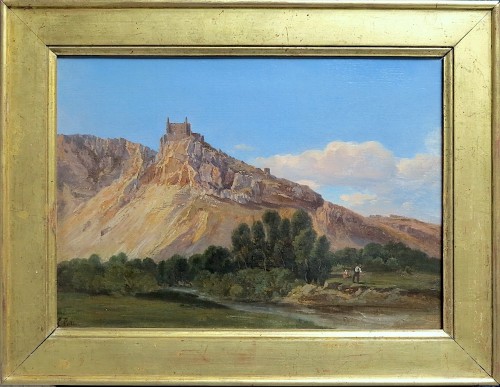 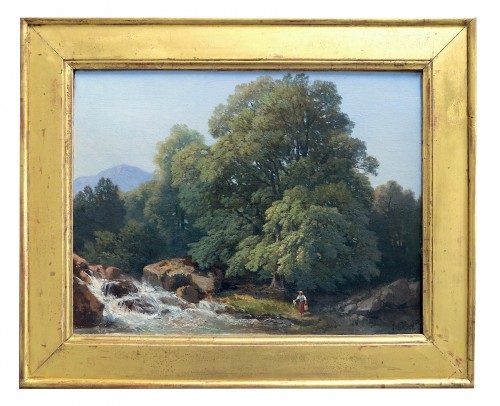 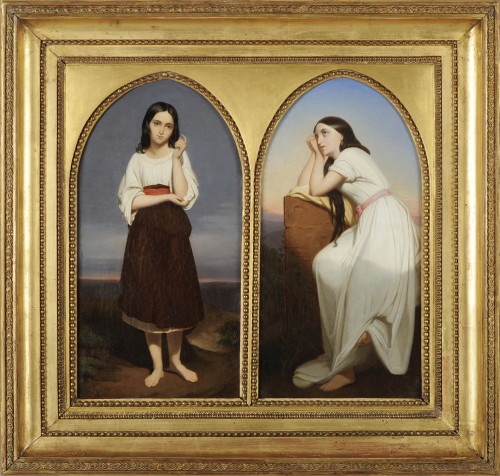 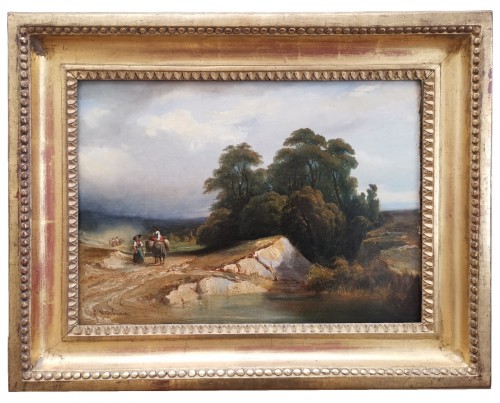