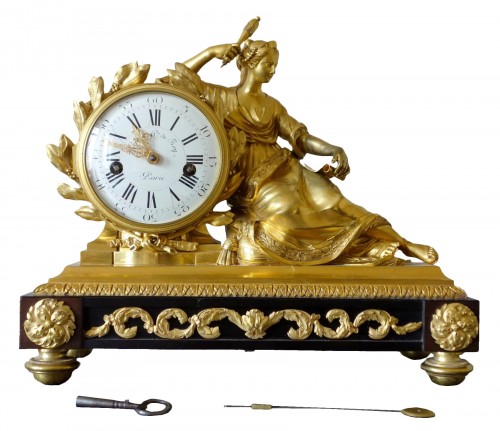 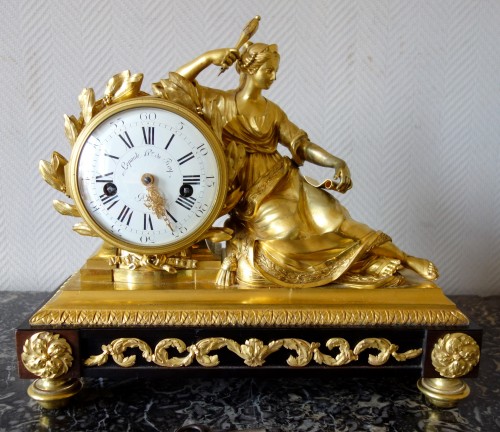 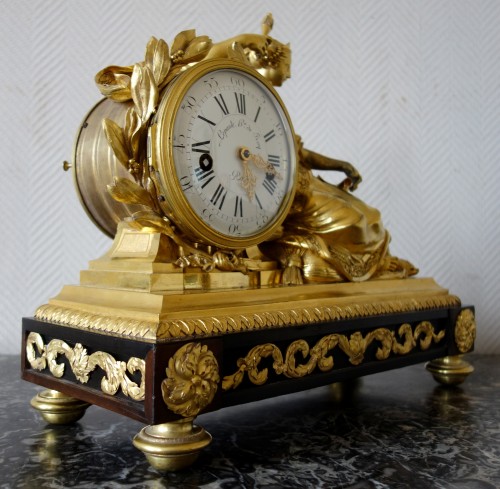 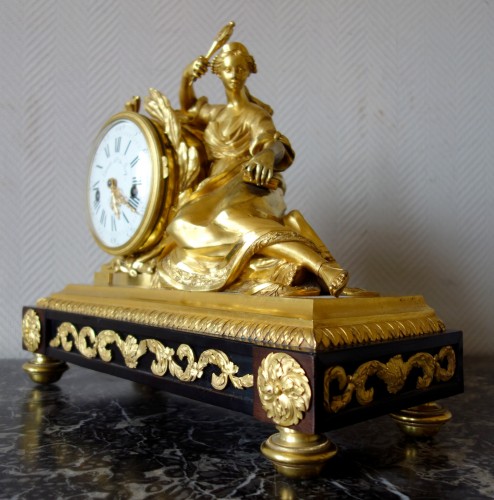 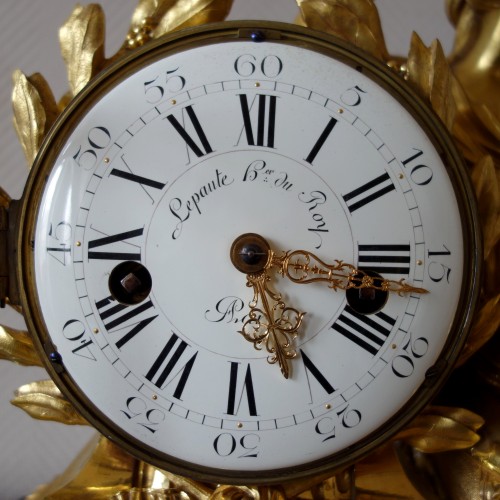 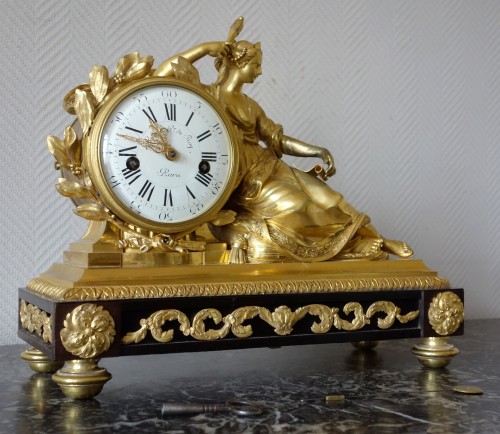 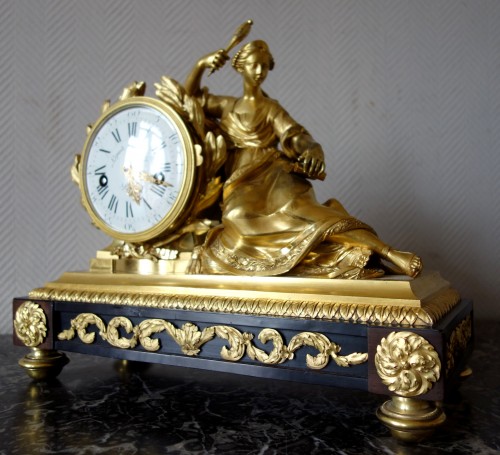 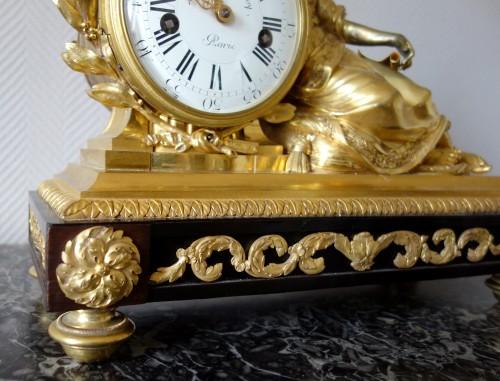 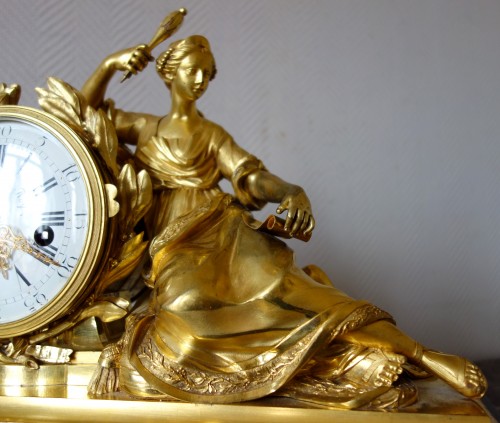 Rare and important clock "to the study and to the time" representing the muse Clothon dressed in antique style, covered with a peplos, wearing a diadem and sandals. Seated on a terrace and leaning against the dial, the young woman holds a parchment symbolizing study and in her other hand a distaff, allegory of destiny. The ebony plated base is decorated with a frieze of interlacing and rosettes with acanthus leaves. The round enamelled dial is signed Lepaute Horloger du Roi. End of the Louis XV period around 1760-70, in the so-called Greek period. The structure of the clock and its character remains Louis XV when the decoration of the base is in the Greek style, announcing the Louis XVI style.

Our charming subject clock is as often an allegory: it represents Clotho, the Goddess of Fate. She is one of the 3 Moires in Greek mythology (the Fates in Roman mythology), three deities of Fate: Clotho ("the Spinner"), Lachesis ("the Dispatcher") and Atropos ("the Implacable"). Clotho weaves the thread of life; Lachesis unwinds it; Atropos cuts it.
Clotho is often depicted wearing a long robe of various colors, wearing a crown of seven stars, and holding a distaff that descends from heaven to earth. The color that dominates in her draperies is blue. She is named in the French form Cloton in the classical period.

Jean André Lepeaute (1720-1789) is one of the greatest French holographers of the 18th century, at the origin of a dynasty of master watchmakers supplying kings and emperors.
He arrived in Paris at a very young age, in 1740, and quickly made a name for himself thanks to the realization of several monumental public clocks: Luxembourg Palace, Bellevue Castle, Ternes Castle or the Military School in particular.
He is credited with a large number of inventions and major innovations, including the peg escapement. Master watchmaker in 1755, he composed a treatise on watchmaking which will be a reference work for a long time. He also received the title of watchmaker to the king and was appointed member of the time system commission.

Very beautiful piece, spectacular and rare, work of one of the greatest masters of his time. The gilding with mercury (of great depth) and the quality of the chasing are excellent. Our clock is probably a work of the famous bronze smith Robert Osmond. The elongated format lends itself to various uses, as a mantelpiece, chest of drawers or on top of a cardboard box or chiffonier.

Very good condition, original wire movement, overhauled by our watchmaker and working perfectly. The cleaning allowed to discover a date of 1776 engraved on the spring (date of first revision if it is not the date of manufacture. Complete with its key. Fresh and well preserved mercury gilding. 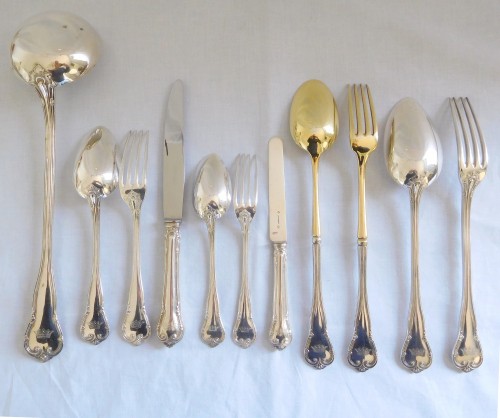 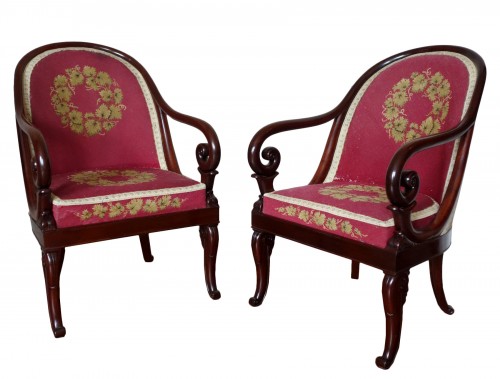 Pair of mahogany gondola armchairs circa 1830 stamped by Jeanselme 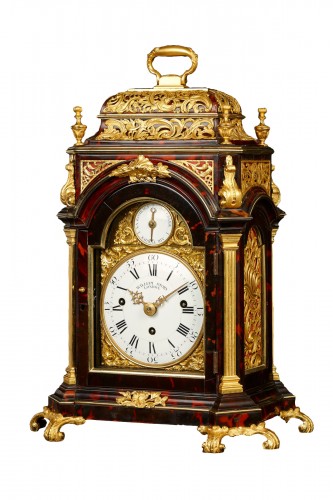 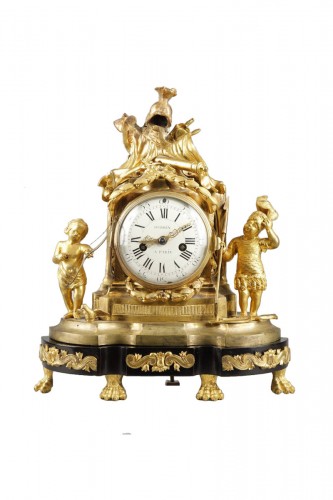